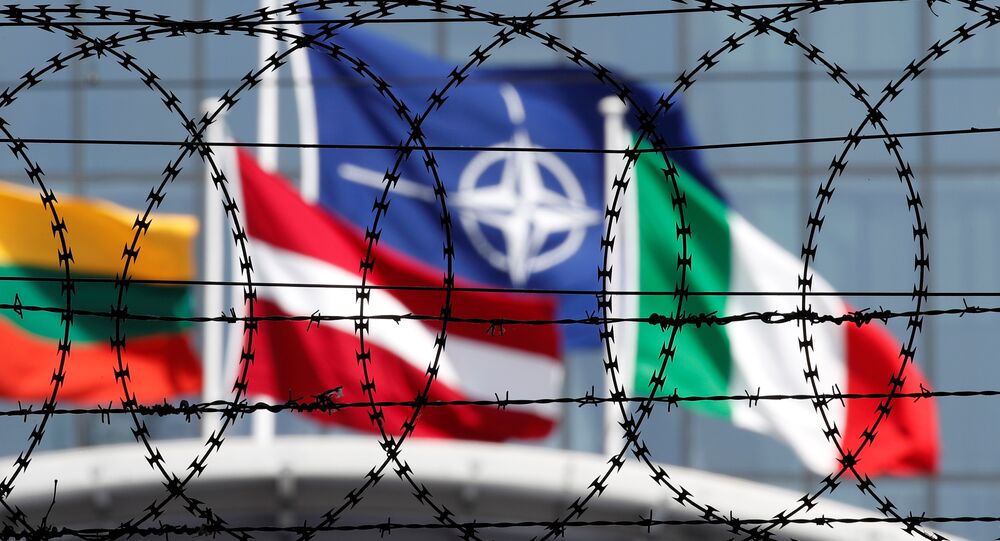 A Canadian senator for the NATO Parliamentary Assembly accidentally revealed that US weapons of mass destruction are being stored in EU countries - including Italy, Germany, Belgium and the Netherlands. Paolo Raffone, a strategic analyst and director of the CIPI Foundation in Brussels, explained the possible outcome of this discovery.

Sputnik: Belgium's green and socialist parties have urged the country's authorities to discuss the removal of US nuclear warheads, disclosed as being stored not far from Brussels. What consequences could this have, if any?

Paolo Raffone: The request is coming from a member of an opposition party. Following the last legislative elections in May 2019, there is yet no new governmental coalition in Belgium.

Therefore, the issue of US nuclear warheads will not have specific consequences in the short term. Should a new government be formed with the inclusion of socialists and green parties, such a request may be considered for discussion. However, the overwhelming influence of the US in Belgium and in Europe makes it doubtful that any change of policy may occur any time soon.

Sputnik: Green MP Samuel Cogolati has demanded to "put an end to this hypocrisy" and insisted on fully transparent debates on whether the nation wants weapons of mass destruction in Belgium. Do you expect other EU countries, where American warheads are stationed, to do the same? How might the situation impact the bloc's policy?

Paolo Raffone: Minority anti-war (and anti-US) groups always existed in Europe. I do not expect any widespread support to ask the US warheads withdrawal.
Sputnik: In what way could the situation affect the EU's relationship with Washington?

Paolo Raffone: Certainly, any such request coming from a government in the EU/NATO territories would sparkle a US reaction. However, with the current European political spectrum, I do not foresee any such occurrence in the near future.

Sputnik: What steps do you expect from Washington now, since the sites where the US stores its weapons of mass destruction have been revealed?

Paolo Raffone: Most likely it can be exploited by the US to criticise European politicians and policies. However, as no government has presented any such request, the US is in no need to raise the tension.

Sputnik: How achievable is greater autonomy for Europe and how well would it sit with the current US administration?

Paolo Raffone: This is a serious issue. After the designation of the new EU Commission and Union leaders, there is a general commitment to move the EU forward.

As the EU becomes more intergovernmental – with a greater role for the EU Council – the deal is to reinforce the EU capacity of assertion in the international scene, starting with defence and security capabilities. However, all EU leaders reaffirm their positioning in the Western alliances that are US-dominated. The US has no intention to grant autonomy to the EU outside of the boundaries fixed in the North Atlantic treaties.

Should some EU countries pursue a more independent policy in defence and security (Germany, France and maybe Italy) the US will probably reinforce their direct presence (non-NATO) in the security belt from Baltics to Greece. In fact, the security situation of Europe is still determined by those agreements of 1945. Such a scheme can be altered only if the two major European powers – US and Russia – reach a new global agreement that would also entangle Europe.

Views and opinions, expressed in the article are those of Paolo Raffone and do not necessarily reflect those of Sputnik.