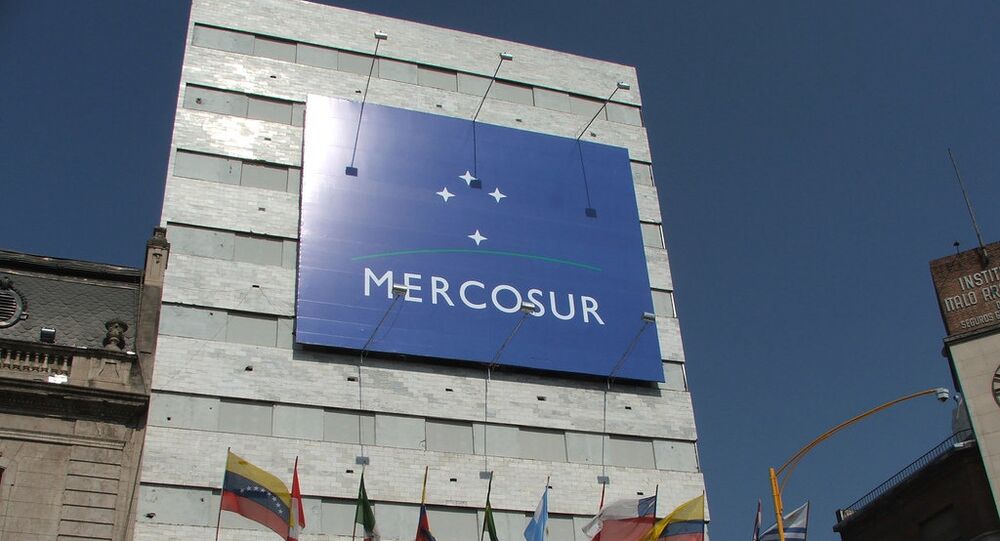 Economist Explains If Mercosur Should Prioritise Agreement with US or EU

Days after the signing of the EU-Mercosur agreement, Argentina’s President Mauricio Macri said that Brazil and Argentina were also discussing a free trade deal with the United States, despite pending ratifications with the EU. Is it possible to succeed in both negotiations at the same time?

At the end of last month, South American and European countries agreed on the terms of a free trade partnership that has been expected for years. However, it is worth noting that the agreement with the EU has not yet entered into force. For this to happen, it must be approved by the parliaments of all countries; however, certain difficulties could arise, especially taking into account the differences between the parties on environmental policy issues.

The expert explained that the United States, with such a rapprochement, of course, expects to gain access to Brazilian and Argentinian resources at a lower price due to the lack of tariffs. The question arises: “to what extent the US economy will be ready to make concessions under this agreement”, the specialist wondered.

“... [The US economy] will also have to give up part of the income so that we can get some benefits. Doubts arise as to whether President Donald Trump is willing to give up income or allow Brazilian and Argentinian goods to enter the US market at a lower price and, by compensating for this, to direct their products to other markets”, the expert noted, adding that the biggest risk for Brazil is that such an agreement would be much more profitable for the United States.

Comparing the respective agreements with the EU and the United States, Inhasz argues that they may be of interest to Mercosur. However, she is concerned that Brazil and Argentina began discussing possible new cooperation with the United States before completing negotiations with the EU.

“I think that, at this moment, it would be preferable if we would concentrate our efforts on ensuring that the EU-Mercosur agreement really comes into force so that after that we could use the experience gained. Because, obviously, this agreement will serve as experience for many countries and many economies”, Inhasz summarised.

Trade Deal Between Mercosur, EU Will Not Be Signed at G20 Summit - Minister