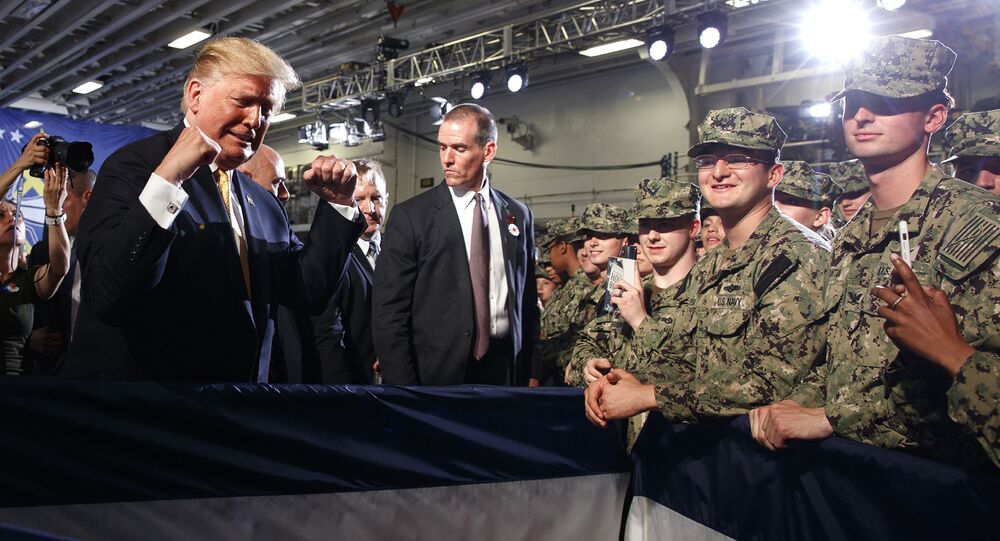 The cables, which were published on Saturday by the UK-based media, said Trump was "uniquely dysfunctional and his career could end in disgrace". Meanwhile, a source told CNN the memos described in the Daily Mail article were genuine. The files span the period from 2017 to the present and cover everything from the US president's foreign policy in the Middle East to his 2020 re-election plans.

John Dunn, Professor Emeritus of Political Theory at Cambridge University has shared his view about the latest developments.

Sputnik: What consequences for UK-US "special relationship" do you expect to see after these publications?

John Dunn: Not many - the judgments are probably pretty universal in the Washington diplomatic corps, and obviously extensively shared within the White House itself.

Sputnik: What do you think about the timing of the leaks' publications, which came just weeks after Trump's state visit to Britain?

John Dunn: I don't know who did the leaking, but for the reasons given above the judgments on which it was based could have happened at any point in Trump's Presidency.

Sputnik: How unusual is the leak of the UK diplomatic cables and what kind of questions can it raise?

John Dunn: It is relatively unusual for the texts of British diplomatic cables to be published shortly after they were sent and it is risky for any foreign office official to leak them. (It is, for one thing, a pretty serious criminal offence).

The chaos in the present British government obviously increases the probability of serious leaks and the range of motivations which might prompt someone who could leak one to do so.

Sputnik: In a recent memo, Sir Kim Darroch referred to US policy on Iran as “incoherent” and “chaotic,” arguing that Trump’s decision not to retaliate for a downed spy drone was motivated by his focus on the 2020 re-election. Does it mean that the UK will not necessarily support its closest ally in case of military conflict in the Persian Gulf?

John Dunn: I am sure Darroch is right in his assessment of the coherence of Trump's policy in the Gulf. One of Trump's few clear and stable attitudes as President is his reluctance to start a war which will involve committing American troops far abroad.

He is certainly right to think that doing so against Iran would be particularly unwise. Most of his political attention is permanently directed towards his own re-election.

I hope the British government is doing all it can (little enough in any case) to discourage Trump from starting a war in the Gulf (not to mention the South China Sea). What it would do if he did start one is quite hard to predict.

Even in its present raddled state, the British government is perfectly well aware that it would be politically suicidal for it to commit British troops or naval or air power to combat in the Gulf.

But if the US does start a war there (and especially if it suffers immediate and serious losses in one), it will be very hard for such a weak conservative government not at least verbally to support it.

Sputnik: Darroch claimed that Trump has a habit of consulting with friends outside of the White House on policy issues. Many of those ‘friends’, the ambassador writes, were “cultivated” by London and therefore could be used to manipulate the president. How independent, do you think, the President's decisions really are? How much can these revelations impact his 2020 election campaign?

John Dunn: I think Darroch was boasting about his own diplomatic effectiveness and almost certainly exaggerating this.

Trump certainly does have friends to whom he talks, few (if any) of whom are actually members of his administration.

How much influence they really have on what he decides to do is anyone's guess. Back to the answer to question 1 above. He is a very erratic man with a very short attention span.

Views and opinions expressed in this article are those of John Dunn and do not necessarily reflect those of Sputnik.