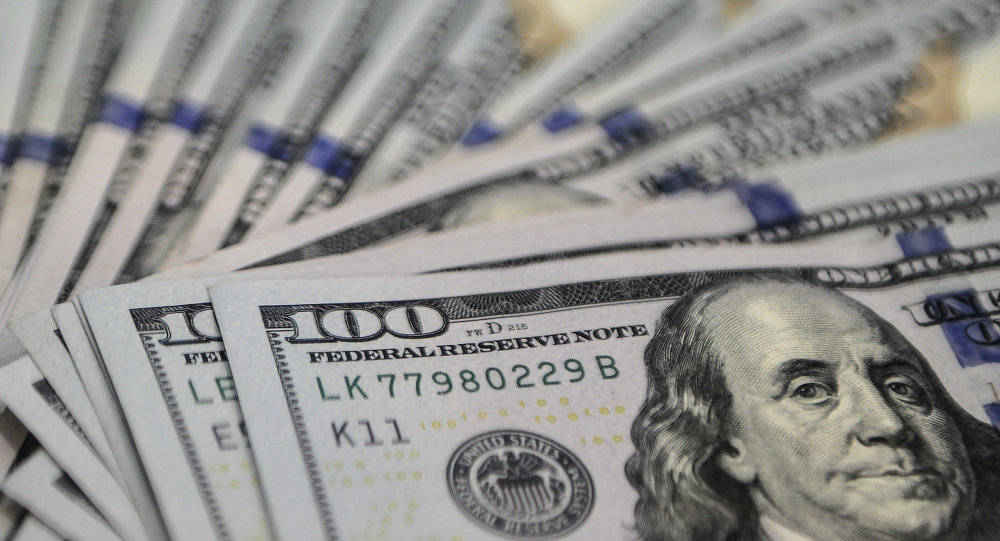 Washington's sanctions policy has prompted world players to drift away from the dollar, thus throwing the greenback's top reserve currency status in jeopardy, says American economist Dr Paul Craig Roberts, explaining how the Federal Reserve manipulated the price of gold to prop up the US dollar.

While the Trump administration is beating the "make America great again" drum and reporting about the rapid growth of gross domestic product (GDP) and a plummeting unemployment rate, the clouds are gathering on the horizon of the US economy and the dollar, says Dr Paul Craig Roberts, an American economist and author of more than a dozen books, who served as the United States assistant secretary of the Treasury for Economic Policy under President Ronald Reagan.

The backbone of the US' financial power is the dollar's major reserve currency status which allowed the US to pay its bills by printing greenbacks. After US President Richard Nixon unpegged the dollar from the price of gold the Federal Reserve has long maintained the illusion of the "stable" greenback by deliberately reducing the price of the precious yellow metal, the economist explained.

Now, as global players are turning their backs on the dollar by shifting to national currencies and using gold as a hedge, the US economy may find itself in a heap of great trouble, according to the former Reagan administration official.

Sputnik: What's behind the Federal Reserve's apparent attempts to reduce the price of gold? Could the growing demand for gold hit the US dollar's value? Is the US dollar currently over-valued, in your opinion?

Paul Craig Roberts: The main source of Washington’s power is the reserve currency role of the US dollar. Being the reserve currency means that there is a high transaction demand for dollars, for example, to pay oil bills, and that other governments are willing to hold dollars as their reserves. The fact that other countries are willing to accumulate dollars means that the US can pay its bills by printing money.

The dollar’s value in terms of the other major currencies, the euro, the British pound, the Japanese yen, is rigged within a narrow range. When the Federal Reserve began printing money (Quantitative Easing or QE) in order to bail out the big banks by purchasing their mortgage derivatives, the Japanese, EU, and British central banks also printed money. Since all printed money, this kept the US dollar from declining in terms of yen, euros, and pounds.

In order to maintain this illusion of stable currency values despite the printing of money, the Federal Reserve had to stop the dollar price of gold from rising. The way this has been done in recent years is for banks acting as agents for the Federal Reserve to do short sales of gold by dumping large numbers of uncovered or “naked” gold futures contracts in the gold futures market (Comex). The sudden appearance over the space of a minute or two, usually in quiet trading hours, of large numbers of new contracts knocks down the gold price.

The price of gold is unique in that it is not determined in physical markets where people buy and sell the physical metal. Instead it is determined in a futures market where future contracts are settled in cash. Unlike the stock market where a short-seller actually has to cover his short sale by having the shares, in the gold futures market short-selling does not require the short-seller to have the gold he is selling short. He, or rather, the large bank, can simply print paper contracts, just as the Federal Reserve prints dollars, and dump the contracts in the paper gold market.

The large increase in supply of paper contracts increases the supply of contracts in the futures market and drives down the price, thus subsidising the actual purchase of physical metal by driving down the dollar price of gold.

The banks that do the short-selling make large profits. As the shock of a large number of shorts drives down the gold price, the Hedge funds sell their holdings into the decline which drives the price down further. Then the banks buy the contracts they sold at a price below the sale price, close their position, and count their profit.

The US dollar’s reserve currency role is in jeopardy, because the sanctions Washington imposes are driving other governments away from the use of the dollar and the Western financial system. As the dollar’s role as reserve currency shrinks, so does the demand for dollars. As the demand for dollars falls, so will its exchange value. The Federal Reserve can print dollars with which to purchase financial assets such as stocks and bonds, thus supporting their prices, but the Federal Reserve cannot print foreign currencies with which to purchase dollars.

Sputnik: In your recent article you pointed out that the growth rate of the US economy is overestimated as real unemployment is about 20 per cent while inflation is much higher than official figures show. Who is responsible for this and who benefits from the statistics being distorted, and not reflecting the real state of affairs in the country?

Paul Craig Roberts: In 1995 during the Clinton regime the US Senate appointed the Advisory Commission to Study the Consumer Price Index. The Commission is known as the “Boskin Commission” after the Stanford University professor who headed it. Washington was concerned about the federal budget deficits. Politicians like to blame deficits on social welfare spending rather than on military spending. Old age Social Security pensions have cost-of-living adjustments (COLA) so that the purchasing power of pensions stay up with price increases or inflation. The Boskin Commission argued that the way inflation was measured overstated inflation and, therefore, the government was paying out too much in COLAs.

The inflation measure was changed so that when the price of an item in the consumer price index went up, it was removed from the index and a lower priced alternative was put in its place. This reduced the measured rate of inflation. Also, if the price of an item in the index rises, the rise is attributed to a quality improvement and not counted as inflation. These changes were made despite the fact that consumers experience higher prices.  The inflation is simply not counted.

By holding down Social Security spending, the change made more money available for other budget categories, so the interest groups served by those categories benefited. Also, private industry benefited to the extent that they had labour and other contracts with cost-of-living provisions.

Wall Street and Washington politicians benefited because the under-measurement of inflation produced a higher real GDP growth rate for which they could take credit. Gross Domestic Product is a nominal number based on prices. To know how much of the GDP number is an increase in real goods and services and how much is simply price increases from inflation, the GDP number has to be adjusted for inflation. For example, if nominal GDP goes up by 5% and prices also rise by 5%, there is no growth in real output. If GDP goes up by 5% and prices rise by 2.5%, then real GDP grows by 2.5%. The less the inflation, the higher the real GDP.

It is likely the case that the growth of US GDP over the past decade is largely the result of price rises that the new inflation measures do not adequately measure. So Washington benefits from the image or illusion created by the under-measurement of inflation. The rest of the world thinks that things are OK in the US as the economy has been expanding for a decade.

High unemployment is regarded as a sign of political failure. To maintain a successful image, unemployment is simply not counted. Unless an unemployed person has searched for a job in the past four weeks prior to the survey, he is not considered to be a part of the labour force and thus is not counted among the unemployed. 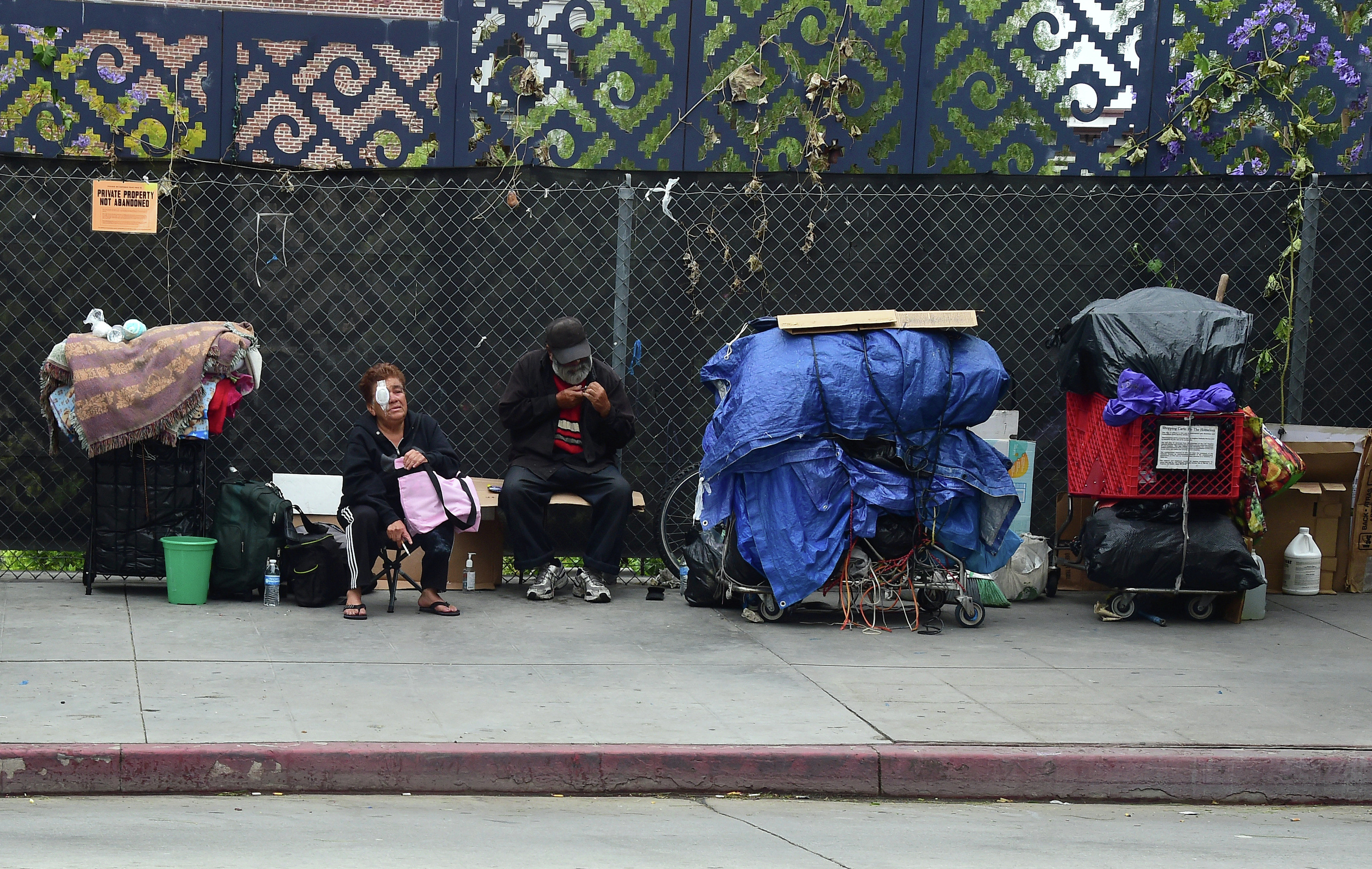 Sputnik: Donald Trump regularly reports about thousands of new jobs. Does he mean highly-paid full-time jobs? Is this enough to fix the situation? Does the current GDP growth in the US indicate that the economy is indeed prospering?

Paul Craig Roberts: The new jobs, if they actually exist, are primarily low-paid domestic service jobs increasingly part-time, as part-time jobs have no responsibility for providing health care of pension benefits. The high productivity, high value-added jobs that provided a middle class income were offshored to Asia so that American corporations could lower their labour costs and increase their profits.

​Sputnik: You noted that the Federal Reserve, Treasury, and Securities and Exchange Commission could intervene in the stock market to prevent a fall. How does it align with the free market economy concept? Does it mean that the US and global markets are de facto subjected to firm government\banking control? How does it affect the country's economic development?

Journo: Financial Deals Between Iran and Other Nations Are Steps Towards Overthrowing Rule of Dollar