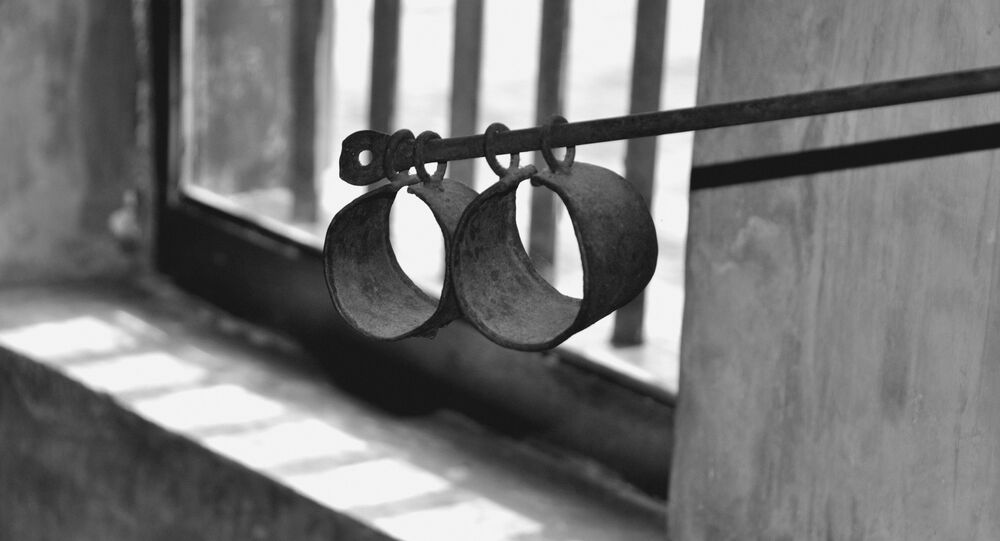 The Fourth of July is purported to be a representation of what it means to be independent and American, but the historical reality of the US’ reliance on the international slave trade and lack of accountability thereafter draws a clear distinction of who is truly meant to benefit.

“What to the slave is the Fourth of July?” Douglass, who escaped slavery as a young man, said during his speech. “This Fourth of July is yours, not mine. You may rejoice. I must mourn.”

To put Douglass’ words into context applicable to the modern US, Radio Sputnik’s Loud & Clear was joined by Gerald Horne, a prolific author, whose most recent books are “Jazz and Justice: Racism and the Political Economy of the Music” and “White Supremacy Confronted: U.S. Imperialism and Anti-Communism vs. the Liberation of Southern Africa from Rhodes to Mandela.”

Horne explained that changes in US policy toward enslaved black people and their descendants have historically come about due to financial pressures abroad, beginning with the Haitian Revolution from 1791 to 1804. He describes that anti-slavery insurrection against French rule as the “thunderclap in terms of creating a general crisis in the entire slave system that could only be resolved with its collapse.”

Though embargos were placed on trade with Haiti in hopes of crippling the freshly liberated republic, the US government recognized that this uprising was as an example of the economic damage that could come about if the ruling class lost control.

Mainland revolts over the next few decades, such as the 1811 German Coast uprising in Louisiana and even the 1842 Slave Revolt in the Cherokee Nation, would increase this need to bring about new measures to mollify American enslaved people and forestall any rebellion. This scramble to maintain control would eventually manifest in the American Civil War and resulted in the emancipation of enslaved black people in the US in 1865.

Horne told Sputnik that this cycle of restructuring restraints on enslaved people and their descendants would continue to come in waves brought on by an ever-changing international pulse.

“We also know that in terms of the Jim Crow system that followed, it was the rise of the socialist camp, the rise of national liberation movements and working class movements globally that, again, put global pressure on Washington to move away from its hateful system of Jim Crow -
and that’s where we are today,” the professor explained, noting that the present-day question is “where do we go from here? What kind of international pressure can be generated to move us to the next level? Which, some would say, involves reparations to the descendants of enslaved Africans.”

Discussions surrounding reparations have gained significant attention ahead of the 2020 presidential election both socially, with the rise of the American Descendants of Slavery (ADOS) movement, and through the legal system via the introduction of Representative Sheila Jackson’s HR 40 bill.

Jackson’s legislation seeks to form a commission tasked with investigating a way “to address the fundamental injustice, cruelty, brutality, and inhumanity of slavery in the United States” and draft a proposal for what reparations would look like for descendants and through what means they would be distributed.

In reference to the Declaration of Independence, Becker recited a passage from a draft of the document which, according to Thomas Jefferson, was removed due to opposition from South Carolina, Georgia and Northern delegates with heavy economic ties to the Transatlantic slave trade.

“He has waged cruel war against human nature itself, violating its most sacred rights of life and liberty in the persons of a distant people who never offended him, captivating & carrying them into slavery in another hemisphere or to incur miserable death in their transportation thither,” Becker read, citing Blackpast.org.

Horne highlighted that today, people reference historical documents, including the Constitution, to argue that the US was not “as pro-slavery as it could’ve been.” According to the professor, these recent interpretations ignore the growth in the number of enslaved Africans under settler rule up until 1860.

“We all know that the most valuable property in the United States in 1860 was property in enslaved Africans. We know that after the formation of the United States of America, the US nationals ousted the British from captaining the international slave trade,” the professor explained, also noting that this “manic” energy of the trade led to more enslaved Africans - particularly from Congo and Angola - in places such as Cuba.

Horne went on to point out that revolutionary Haiti was forced to pay reparations to former slave owners who fled to New Orleans and argued that they were somehow the victims.

The mentality of emancipation being enough, due to the ruling class losing out on profits, continues to be pushed by leading US government lawmakers such as Senate Majority Leader Mitch McConnell.

"I don't think reparations for something that happened 150 years ago, for whom none of us currently living are responsible, is a good idea," McConnell said when asked about the idea of reparations. "We've tried to deal with our original sin of slavery by fighting a civil war, by passing landmark civil rights legislation. We elected an African-American president.”

Will Harvard Pay Reparations or Pass the Buck?