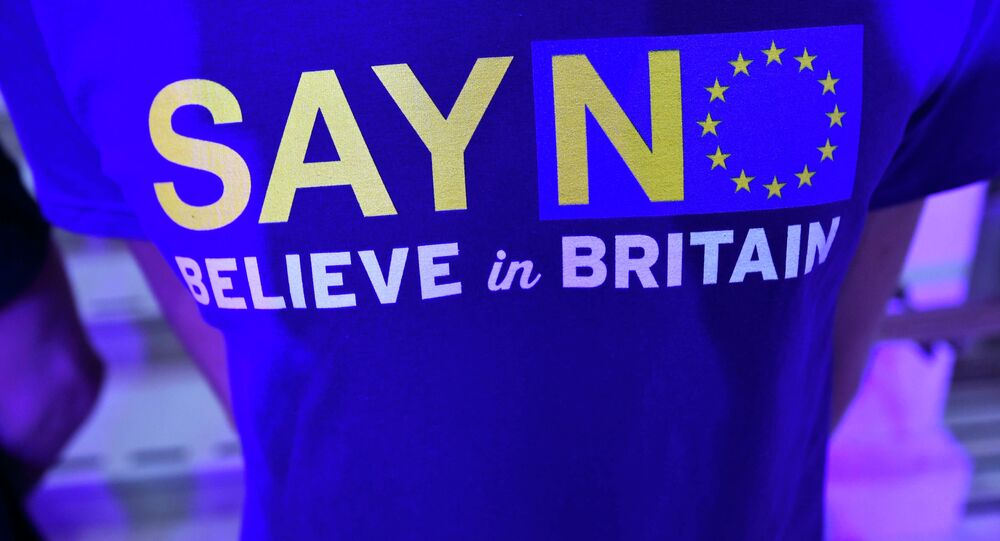 The Conservative Party roadshow is continuing its whistle-stop tour, and today will rock up in the Northern Irish capital Belfast. But will either Boris Johnson or Jeremy Hunt be able to charm the locals with their own gift of the gab, and outline a clear plan for the post-Brexit future of the country’s border with the Republic of Ireland?

Sputnik: Who do you think will win the Conservative Party leadership race? Will whoever succeeds Theresa May as British Prime Minister be able to deliver Brexit by October the 31st?

Alan Sked: Well I think it’s looking more and more like Boris; opinion polls among Tory members and voters have given him a firm lead, and Hunt seems to be flip-flopping all over the place, so I’m fairly certain it would be Boris Johnson.

I think he’ll be able to take us out on October the 31st one way or another. Opposition to a no deal is lively in parliament, but the motion they hoped would kill it off yesterday wasn’t selected by the speaker, so the only way they have really now to stop it is if a number of Conservative MPs go for the option of trying to bring down Boris’s government on a no-confidence vote; that’s still possible.

Basically, all he has to do is stay in power until the 31st of October, and then we automatically come out.

Sputnik: How could a hard border between Northern Ireland and the Republic of Ireland be avoided? Has the issue been weaponised by the pro remain factions in Westminster?

Alan Sked: It’s certainly been weaponised by the pro remain factions, and also by the Irish government. Until the present Irish Taoiseach or Prime Minister came into office, relations between Dublin were really quite good, and the Dublin government was being accommodating, but under this one there has been a hard line resistance.

He might be betrayed by his European partners ironically because they are telling him now that there is no deal he has to put forward precise proposals to safeguard the single market, which up until now he hasn’t been able to do.

There’s nothing in the withdrawal agreement that is contradictory to the peace agreement in Northern Ireland, and the peace agreement in Northern Ireland has nothing to say about borders, so it has been weaponised, but there’s a new commission report out by a number of people, including the experts on customs and borders, people from both the remain and the leave camp, and that’s been sent to Brussels which I think is treating it seriously, and it’s being treated seriously by the government, so that may be a way forward, putting forward a number of ways in which a hard border could be avoided.

Sputnik: Do you think the Conservative Party will win the next general election?

Alan Sked: If Boris can take us out on the 31st of October; then I think that the threat from the Brexit Party will disappear entirely, if he can stay in office until 2020, then interest in Farage and Brexit will disappear because he will become irrelevant.

I think the only chance he’s got of winning in the election is if the Brexit Party can split the Tory vote, and if Brexit happens and Boris takes us out, then I’d imagine the Tory vote would consolidate itself again behind Boris, and I think Boris would be able to win an election, and see off both Corbyn and Farage.

The views expressed in this article are solely those of Alan Sked and do not necessarily reflect the official position of Sputnik.