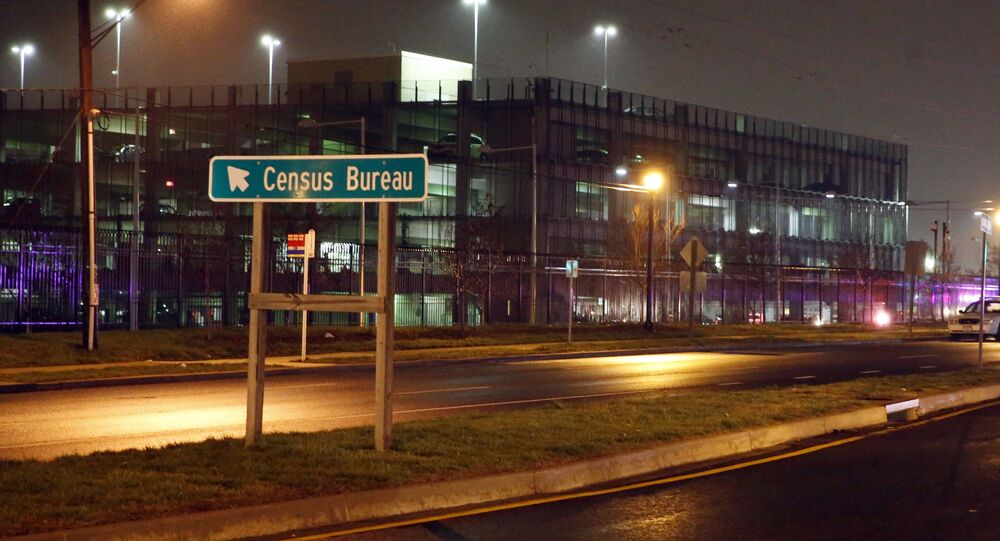 Adding a citizenship question on the 2020 US Census could have serious negative impacts on immigrant and undocumented communities, Carl Lipscombe, deputy director of the Black Alliance for Just Immigration, told Radio Sputnik’s By Any Means Necessary. Fortunately, the US Supreme Court just took a major step toward blocking such a question.

In a 5-4 decision Thursday, the Supreme Court ruled that the US government cannot add a citizenship question to the census after stating that the Trump administration’s rationale for adding the question was inadequate. The decision will now go to the lower courts for additional consideration.

"The reasoned explanation requirement of administrative law, after all, is meant to ensure that agencies offer genuine justifications for important decisions, reasons that can be scrutinized by courts and the interested public," the Supreme Court majority opinion, written by Chief Justice John Roberts, reads. "Accepting contrived reasons would defeat the purpose of the enterprise. If judicial review is to be more than an empty ritual, it must demand something better than the explanation offered for the action taken in this case."

According to Lipscombe, the matter of including the citizenship question on the census is of the “utmost importance.”

“This question is of utmost importance because of the way the Trump administration has targeted immigrants …  [US President Donald] Trump has made it clear that he plans to detain every undocumented immigrant that [US Immigration and Customs Enforcement] ICE can find, and he plans to strip green cards and lawful permanent resident status from other immigrants,” Lipscombe told By Any Means Necessary hosts Eugene Puryear and Sean Blackmon.

“The US Census - it’s a count that happens every 10 years. In most instances, a census worker, someone employed by the federal government, will call you or come to your door and ask you the census question. And so what this would mean for immigrants … [is that a census employee would] ask them whether or not they are citizens,” Lipscombe said.

“One, just the fear of … giving the Trump administration information has many of our members [at the Black Alliance for Just Immigration] afraid. Because many immigrants would be afraid of having to answer that question; many of them wouldn't answer their doors and wouldn’t complete the census at all, and what many people don’t realize is that information provided to the census is used to determine federal allocations for things such as education or health services and so forth. And so, just in the sum, the addition of the citizenship question has the potential to depress responses and drag resources away from people [who need them most],” Lipscombe explained.

The last time the citizenship question was part of the census was in 1950.

In June 2018, the American Civil Liberties Union (ACLU) filed a lawsuit in the US District Court for Southern New York on behalf of a coalition of immigrant rights groups, claiming the proposed census question creates a door-to-door federal inquiry of the citizenship status of every member of every household in the United States.

Trump called the Supreme Court’s ruling to not include the citizenship question “totally ridiculous” Thursday.

Charles Reed
US ICE to Kick Off Immigration Raids on Sunday to Catch 2,000 Illegal Migrants - Report

"I have asked the lawyers if they can delay the Census, no matter how long, until the ... United States Supreme Court is given additional information from which it can make a final and decisive decision on this very critical matter," he tweeted.

“That’s been Trump's tactic all along: fear. Fear that those immigrants would have some status stripped, fear that immigrants that use any sort of public benefit risk deportation, fear that ... undocumented immigrants that utilize public housing could be deported and their family members that house them could also be evicted from public housing,” Lipscombe noted. “Luckily, in the census case, the Supreme Court has said that for now, they cannot add the question. The court saw through the Department of Commerce's explanation … and called their explanation contrived and disingenuous.”

“I was actually quite hopeful [about the immigration issue] after the debate,” Lipscombe told Sputnik, “and here’s why: I don't think any candidate laid out the transformative change that we are fighting for when it comes to our immigration system. No one made the call for open borders,” he said. However, the immigration issue was still on the table. In previous debates, candidates were “talking about ways to detain immigrants and ways to deport immigrants,” Lipscombe explained.

“This year we have candidates stumbling over themselves to figure out how to appeal to immigrants and set themselves apart from Trump in ways that could rally a progressive base,” he added.