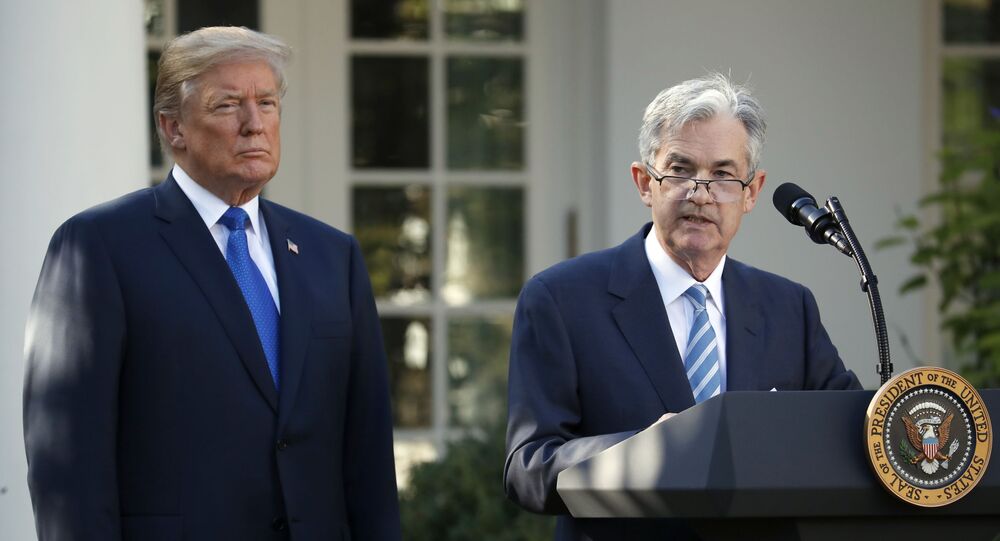 US, China Could Jumpstart Ailing Global Economy, But Accord at G20 Summit Unlikely

The global economy is slowing down, and the US and China are unlikely to strike a deal at the annual G20 summit later this week in Osaka, Japan, Dr. Jack Rasmus, a professor of economics at Saint Mary's College of California, told Sputnik.

“[The] global economy is slowing down, in some cases dramatically, and now in the last four to six weeks, it’s very clear that the US economy and the European [economies] are both accelerating in their slowdown,” Rasmus told Loud & Clear hosts John Kiriakou and Brian Becker Wednesday.

“Some data is coming through now that is really disturbing with regards to business and consumer confidence,” Rasmus noted. “The residential housing market in the US is almost flat. Manufacturing is stagnant and almost declining in the US. All the indicators are increasingly clear that there is a rapid slow-down beginning here.”

“Then you look at Europe; the central banks there have recently said, ‘We are back to cutting rates.’ And of course, the Fed [The US Federal Reserve], our central bank, is following suit now,” he said.

In a speech Tuesday at the Council on Foreign Relations in New York, Federal Reserve Chairman Jerome Powell said that the Federal Reserve doesn't base its policies on market expectations or pressure from the Trump administration to cut interest rates.

“Since the beginning of the year, we had been taking a patient stance toward assessing the need for any policy change,” Powell told the think tank. “We now state that the Committee will closely monitor the implications of incoming information for the economic outlook and will act as appropriate to sustain the expansion, with a strong labor market and inflation near its symmetric 2% objective.”

“The Fed is insulated from short-term political pressures - what is often referred to as our ‘independence,’” Powell added. “Congress chose to insulate the Fed this way because it had seen the damage that often arises when policy bends to short-term political interests. Central banks in major democracies around the world have similar independence.”

Powell also stressed that US monetary policies – including interest rates, bond purchases and other tools – still largely depend on incoming macroeconomic data, but didn't explicitly rule out possible cuts to interest rates due to rising trade risks and a global economic slowdown, Sputnik reported.

“Look at how much the US and other central banks pumped into the economy since 2008: $20 or $25 trillion …  interest rates went almost to zero for years and years. How much real investment actually resulted from that? Very little,” Rasmus explained. “We got $13 trillion of negative interest rate [debt]. They’ve [the central banks] shot their ammunition. There is no more ammunition to shoot.”

“The fundamental problem is all of this money being pumped into economies in the last decade has not gone into real investment very much. It’s gone in financial asset markets, stocks and bonds, derivatives and foreign exchange. It’s creating inflation in financial markets.”

“Somewhere around $10 trillion has been pumped since the crisis in 2008-2009 into the stock and bond markets to keep the price up. That’s what’s driving the big income inequality,” Rasmus said. “Monetary policy and fiscal, tax policy, is all about subsidizing capital incomes. It’s not about helping grow the economy or stabilize the economy.”

“We’ve crossed the threshold here … As long as the US keeps tariffs in its pocket, the tariff weapon, the Chinese are not going to agree [to a trade deal with the US],” Rasmus responded, also expressing skepticism about a trade agreement between the US and China being struck at the G20 summit.

The trade war between China and the United States began last year after US President Donald Trump slapped 25% tariffs on $50 billion worth of Chinese goods in a bid to combat what he called Beijing’s "unfair trade practices.” Since then, the sides have exchanged several rounds of duties.