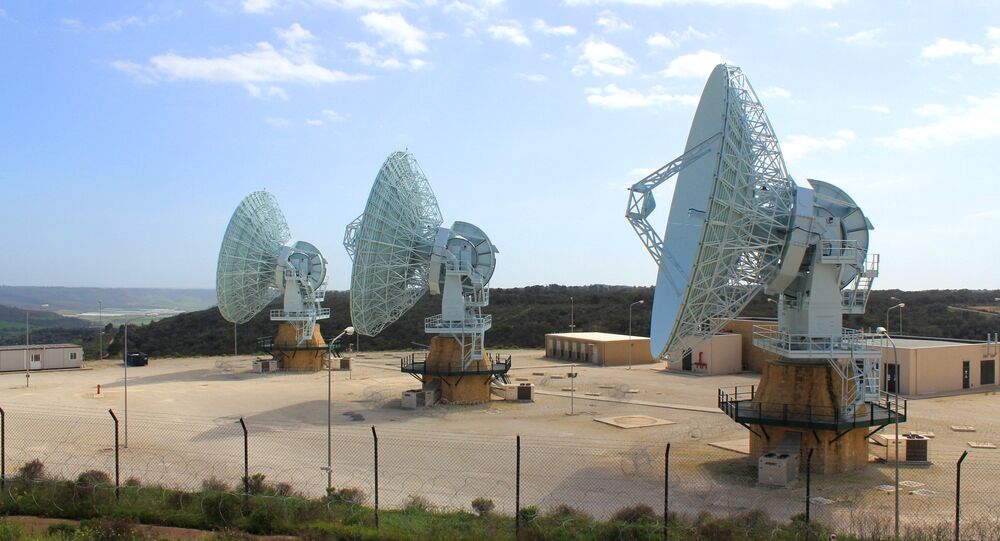 'Putting Much of Sicily at Risk': Locals Protest NATO's MUOS Station in Italy

Sicily is continuing its fight against NATO's MUOS satellite systems. The Mobile User Objective System is a high-frequency narrow-band military satellite communications system that consists of 4 geostationary satellites and 4 ground-based receiving stations that NATO uses to communicate and transfer commands to its submarines, fighters and drones.

One of these MUOS stations is located in Niscemi, Sicily.

Last week, on June 21, people from all over Sicily protested against the 'occupation' by military bases. More than a thousand people marched in Catania under the slogans: “US - Out of Italy, Italy - Out of NATO”, “Sicily will be better off without MUOS and Sigonella” [Sigonella - a NATO military base - Sputnik],  and “Yankees Go Home.”

“A MUOS is a tool for coordinating attack forces, as well as monitoring the situation on land, sea and in the sky: in the event of war, it will essentially become a command centre.

As a strategic object, it is likely to be targeted during a conflict, putting much of Sicily at risk. There are also five million residents on this island that would potentially be at risk. We will be human guinea pigs in the event of a third world war,” Mario di Mauro, a representative of the independent movement Earth and Liberation [Terra e Liberazione] said.

Soon after the installation of MUOS on Sicily, protests erupted among Niscemi residents and local government institutions concerned about environmental safety  (the MUOS is installed on the territory of a nature reserve) and the potential public health hazard posed by electromagnetic radiation the system radiates.

'Anti-MUOS' activists position themselves differently than average members of a NIMBY movement [Not in my backyard]; the fight against MUOS is not just a local protest, it is resistance to the military strategy that views Sicily as a military base in the Mediterranean which can be used to wage war with other countries.

Alessandro, a representative of Italy's Communist Party (Partito Comunista Italiano) from Palermo, said that “the No MUOS movement is an anti-imperialist movement because the MUOS system is a military pressure tool used by the imperialists to maintain control over the people.”

"The protest against MUOS is necessary not only to bring the issue back into the spotlight but also because there is talk about further expanding the base. Because the base was approved by the Ministry of Defence without notifying Niscemi's administration and not taking into account local sentiments; the community decided to challenge the ministry's actions. The protest is necessary to revive opposition to all military installations including the Trapani-Birgi military airport (Sicily) and the port in Augusta (Syracuse, Sicily), and also against the installation of additional antennas at the Sigonella military base known as a "world drone capital". It is necessary “to move the fight back to the city streets to strongly oppose imperialism, capitalism and militarism, and renew dialogue on wars, immigration, and protecting the environment".

“These are the main motives of the protesters who will continue their demonstrations on the main streets of this tormented island. Towns are at the peak of an economic crisis, with high unemployment rates among young people, forcing some to leave. Services are insufficient, healthcare isn't the best, there is no work. Even those who are employed often have only temporary contracts and salaries are often delayed. This is what we want to protest in our Anti-MUOS manifestation."

Residents are also protesting against the presence of US Marines in Sicilian schools; with joint classes often presented as linguistic projects or cultural exchanges. During the 2018-2019 academic year, the military took part in most classes and presented students with small gifts such as balls, T-shirts, and backpacks with teachers, students and school principles lining up to thank the fearless heroes of deadly missions from across the globe. In one school in Catania, they even sang the Marines' anthem while waving American flags as a sign of gratitude, thus angering locals.

School teacher and union member Claudia Urzì said: “My colleagues and I created a committee of teachers against militarism in schools because the process of combining education and training changed, American Marines and weapons appeared in classrooms. And this led to serious incidents. We saw students- minors with weapons in their hands. This is absolutely unacceptable.”

The June 21 protest against MUOS is just the beginning of a series of actions against the militarization of Sicily. According to Giacomo Cacia, the protest organizer, there are plans to complete these demonstrations with a campsite protest in Niscemi near the headquarters of 'Anti-MUOS', where from 2 to 5 August protesters will once again say 'no' to the American military bases they oppose.