The Wall Street Journal has reported US tech companies targeted by the Trump administration’s ban on exports to Huawei Technologies are seeking ways to circumvent the legal hurdles and resume some shipments to the Chinese tech giant while remaining compliant with the new US regulations.

Donald Trump’s administration is aware that US firms are still exporting millions of dollars’ worth of electronics to Huawei, in circumvention of the US president’s sanctions on the Chinese telecoms giant, a New York Times report claims.

However, the White House is said to be divided on how to manage the issue, with opinions divided, and some in the administration believing the developments serve to alleviate the toll on US businesses.

While initially the US president’s decision to block sales to Huawei by putting it on an “entity list” sparked confusion for the Chinese company and its American suppliers, chip powerhouses like Intel and Micron have found ways to avoid labelling their processors as US-made by producing them overseas, is just one option of dodging the hurdles introduced.

The Wall Street Journal reported on 25 June that US tech companies targeted by the administration’s ban on exports to Huawei Technologies Co. were seeking ways to circumvent the legal hurdles and resume some shipments to the Chinese tech giant while remaining compliant with the US regulations regarding Huawei's blacklisting.

Micron Technology Inc. announced it had resumed some shipments to Huawei once it was determined they were in compliance with US law. 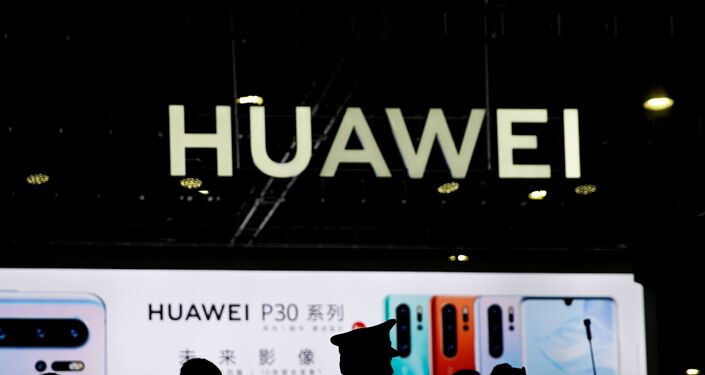 According to reports, other US tech companies are prepared to walk the tightrope between fulfilling their contracts and continuing to do business with Huawei, while complying with the US Commerce Department's restrictions on exporting technology to the Chinese tech giant.

Reflecting on the current situation around Huawei, and efforts by US companies to dodge the US-imposed ban on sales to it, Associate Professor Heng Wang, co-director of the Herbert Smith Freehills China International Business and Economic Law Centre at the University of New South Wales said that given China is a vast market, it is not easy to dismantle such a value chain in the short time as enterprises may have incentives to continue doing business. On the other hand, the value chain may be reshaped or adjusted in the future given the uncertainties arising from a trade war.

It may mean that businesses may establish their production base outside China, or move their intellectual property and production out of the US.

Moves of this nature, believes the professor, would benefit third countries other than the US and China in a “lose-lose scenario”, which, if properly managed, may provide incentives for the US and China to strike a trade deal. However, it is essential to maintain a rule-based system to ensure the predictability and confidence for the world economy, concluded Professor Heng Wang.

Stuart Orr from Deakin University's Faculty of Business and Law in Australia, was not surprised by the developments either.
Attempts to sidestep the imposed barriers were bound to happen, he claimed, since co-dependence of Chinese manufacturers on the US and vice versa means tensions created by the trade barriers set up by the US government would be too disruptive for companies to accept lying down, adding that it’s all about the supply chains.

According to Stuart Orr, while in the short-term the volatile situation has companies concerned about the impact of the new rules, ultimately the barriers may result in greater independence between manufacturers in the US and China for raw materials and markets.

It’s also unlikely, claims Orr that Donald Trump will be able to maintain the trade barriers long enough to inflict lasting and significant change in the capabilities and markets of both the US and China.

Since many of the companies on both sides of the trade feud are global businesses, this means they operate in and ship to a variety of countries. This in itself provides the basis for numerous ways of avoiding import tariff barriers to trade. Thus, investment in a joint-venture in a third country for US or Chinese companies would offer a window of opportunity to avoid country-to-country trade barriers.

US President Donald Trump’s clampdown on the Asian tech giant came as part of the raging US-China trade war, with Huawei being blacklisted last month and added to the United States' "entity list".

Beijing and Huawei have both vehemently denied the allegations.