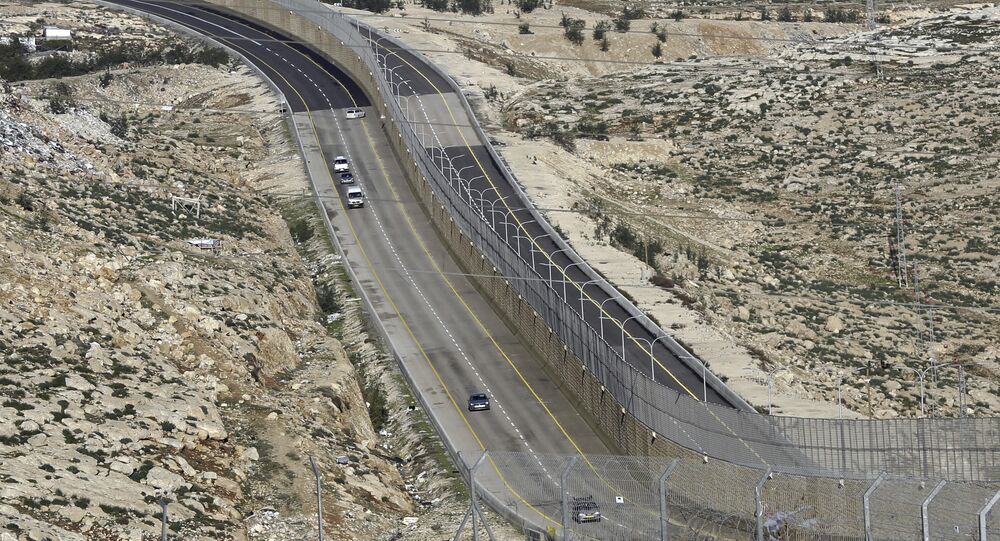 Washington may be promising Palestinians the “Deal of the Century” with billions in economic investment, but the root of their conflict with Israel isn’t simply poverty, but the inequality created by occupation and systematic dispossession, a former Palestinian diplomat told Sputnik. No settlement that fails to address that can succeed.

US President Donald Trump has promised the Palestinian Authority $50 billion in infrastructure investment over the next decade as part of his “Deal of the Century,” a sweeping bid to solve the 72-year-long conflict between Israelis and Palestinians.

The whole deal is set to be unveiled at a peace conference in Bahrain later this week. However, with almost no representatives attending the conference from Palestine, Israel or nearby Arab countries set to be included in the deal, it seems the move may be a dead letter.

Arab countries, led by Saudi Arabia, have put forward their own version of a peace plan, which calls for a Palestnian state with borders set before the 1967 war, the capital of which would be East Jerusalem, and the right of return for all Palestinian refugees, millions of whom continue to live in camps in surrounding Arab countries.

White House adviser Jared Kushner, Trump’s son-in-law and a leading negotiator in Washington’s peace plan, blasted the Arab proposals in an interview with Al Jazeera set to air on Tuesday.

“It’s very disingenuous; this is precisely what has caused the failures in the past,” Nizar Farsakh, a former member of the Palestinian negotiation team, told Radio Sputnik’s By Any Means Necessary Monday.

Farsakh said the fault lies in approaching the question of the Israeli-Palestinian conflict as if it’s “just a question of Palestinian hardships that happen to be there, as if we are just a poor country’s that’s underdeveloped because of some sort of circumstance, as opposed to an actual, deliberate, sustained policy of occupation and dispossession.”

“I mean, the reason why Israel, the Israeli government, and unfortunately many US administrations keep pushing those so-called ‘peace processes’ that are all economic projects and no real political resolutions, it comes from this perspective that they know that what is required is a political settlement that requires political compromise,” he told hosts Eugene Puryear and Sean Blackmon.

“They are not interested in doing the compromise, so they focus on economic aspects to try to reframe the issue as if it’s a question of economics. Even the First Intifada, when it erupted in 1987, the economic situation in the West Bank and Gaza was pretty good. In fact, it was much better than the surrounding Arab countries, and the same under the Second Intifada” in 2000, he said.

“People don’t rise up … because of poverty, they rise up because of inequality and unfairness,” Farsakh said, noting that even in a country like Tunisia, where the Arab Spring uprisings began in 2011 and new protests broke out last year, “they are demonstrating because the system itself is unfair and it does not give equal opportunity. This so-called peace plan that they are going to be unveiling in Bahrain is just another iteration that is doomed to fail, because it’s been tried before, and it doesn’t work.”

© AP Photo / Mahmoud Illean
Qatar on Israeli-Palestine Peace Plan: Doha to Back Any Plan That Palestinians Willing to Accept

Puryear noted striking parallels between the peace plan proposal and how Aparteid was sold ideologically in South Africa in the 1980s, comparing the West Bank and Gaza to Bantustans.

Farsakh told Sputnik he was “a bit surprised” by the near-total Palestinian and Arab boycott of the conference, but said it was “proof that it is such a bad plan, a plan that has really very little chance of getting really any little crumbs of dividends to the Palestinians that you have the Palestinians being able to convince many Arab countries to lower their respresentations and even, for that, to even lower the representation of the Israelis themselves at the conference.” He added, “That’s how skeptical everybody is about the outcome.”

© AP Photo
‘Just The Tip of The Iceberg’: Israel Permits Demolition of Buildings Under Palestinian Jurisdiction

“We should not forget that this is happening at the backdrop of the US recognizing all of Jerusalem as the capital of Israel and moving the US embassy there, the talk of annexation and endorsing Israeli annexation of parts of the West Bank, endorsement of Israeli annexation of the Golan Heights, all of this is happening; the attacks on UNRWA [United Nations Relief and Works Agency for Palestine Refugees in the Near East] and the cutting of funds, all of that is happening. And then the Palestinians get a promise of maybe some financial and economic rewards? It really is adding insult to injury,” Farsakh said.