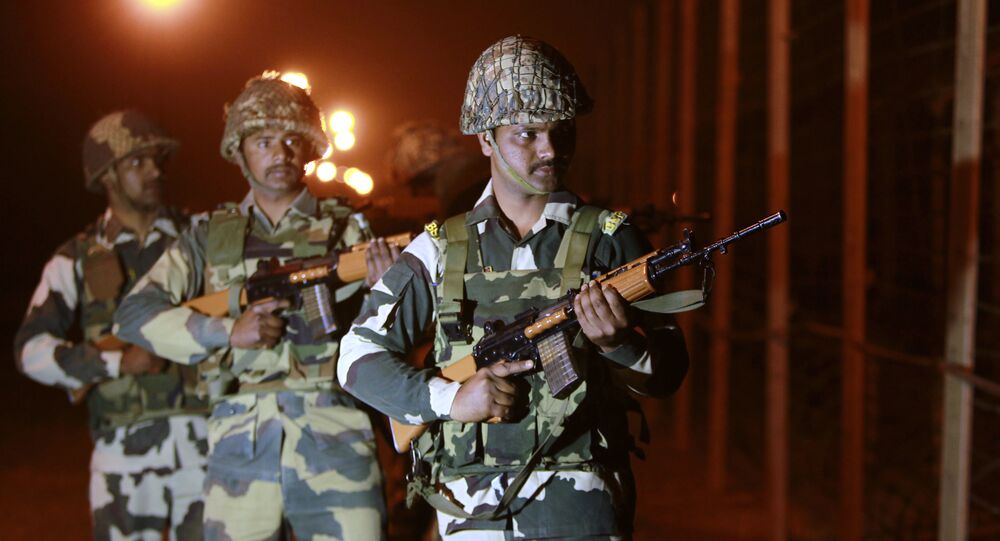 In an apparent reference to Pakistan, State Governor Satya Pal Malik said that though militants are still being directed and aided from outside the state, his administration has effectively disrupted the terror network as a result of enhanced security measures, asserting that both militant recruitment and incidents of stone-pelting have declined.

New Delhi (Sputnik): Satya Pal Malik, the governor of Jammu and Kashmir, which is under federal rule, claims to have achieved significant success in disrupting the militant infrastructure in the Kashmir Valley, with its governor saying his administration has been able to effectively disrupt terrorism since June 2018. A security analyst says his statement is far from actual reality.

Noted Indian security analyst Dr. Ajay Sahni, executive director of the Delhi-based Institute of Conflict Management (ICM), does not agree with the view of the Jammu and Kashmir governor as he spoke on various issues affecting the state.

Militants are often blamed for committing violence against the populace of Jammu and Kashmir, including executions, rape and torture. The state government claims that some of its security measures have gone a long way toward neutralising this threat which has had an impact on jobs and the region’s economy.

Sputnik: Would you agree that the Government of Jammu and Kashmir has been successful in dismantling the militant infrastructure in the state?

Dr Ajay Sahni: Please look at the data and tell me that if it is being dismantled or disrupted, how are there so many fatalities being inflicted on the security forces in the state. They had the highest number of fatalities last year and we are running towards a total which will be even higher this year, or even in the last ten years. If the terrorist infrastructure has been dismantled, then I don’t know what are the terrorists functioning on? Are they operating from the air? Obviously, they are operating through an infrastructure. No one can operate without an infrastructure. You can’t walk without legs.

Sputnik: Governor Malik is on record saying that there is no threat to tourists visiting the state, but admitted that stray incidents of violence do take place. Is it safe for tourists to travel there?

Ajay Sahni: If you look at the map and map all of these incidents, you will find that they are concentrated in a very small area. For instance, only five tehsils (sub-divisions) account for 50 to 60 percent of all fatalities. There are wide areas where there is no violence. So basically, we must recognise that there is a small residual risk anywhere in Kashmir; also if you plan your trips carefully, you can go. Also, the terrorists as such do not seek to disrupt the tourist trade because that is tied up with the revenues and incomes of the entire population of Jammu and Kashmir.

The views and opinions expressed in this interview are solely those of the speaker and do not necessarily reflect those of Sputnik in any manner.

Indian Forces Clash with Militants in South of Kashmir - Reports