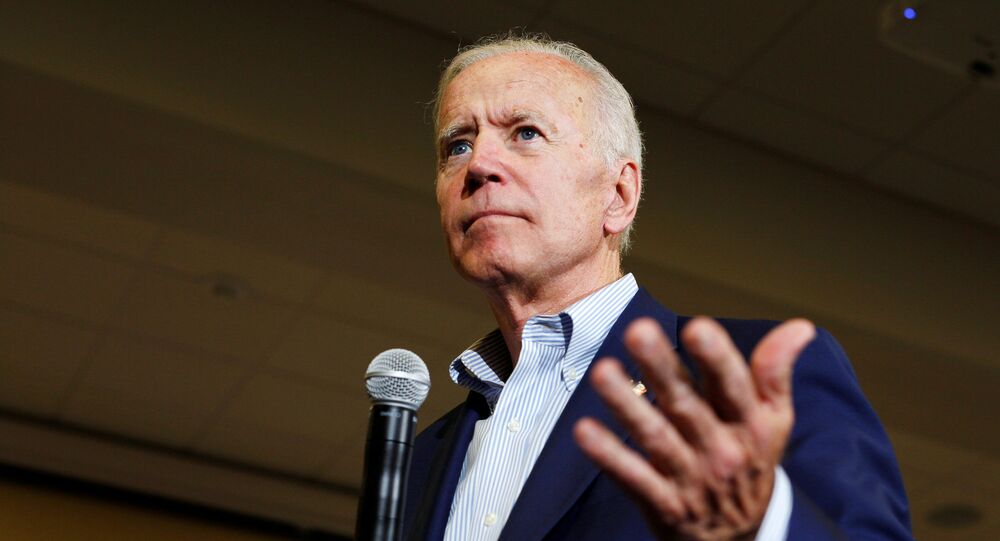 During a recent fundraiser, former US Vice President Joe Biden fondly recounted the days of “civility” between senators, including his time alongside segregationists James O. Eastland and Herman Talmadge. Many of Biden’s fellow Democrats have come out against his remarks, but others argue his statements accurately represent his checkered history.

On Wednesday, Biden drew ire from fellow presidential candidates such as Kamala Harris and Corey Booker for comments made during a 180-person New York City fundraiser for his campaign at the Carlyle Hotel Tuesday night.

In an effort to push back against those who have called the former vice president too “old-fashioned” for the presidency, Biden chose to recall a time he served in Congress with Mississippi’s Eastland and Georgia’s Talmadge, two late senators that notably opposed desegregation efforts.

The Pennsylvania-born 76-year-old also, to the confusion of many, said of Eastland, “He never called me ‘boy,’ he always called me ‘son,’” despite the term “boy” being a derogatory term historically used against black men, not white men.

Between Biden’s ignorance to slurs and promises to meet radical individuals in the middle, Jacqueline Luqman, editor-in-chief of Luqman Nation, had a lot to say when she sat down with Radio’s Sputnik’s Loud & Clear on Wednesday.

“I think that, above all levels, these comments from Biden continue to show how completely out of touch with reality most of these politicians are, but especially him, especially his generation of politicians. These people were horrible. Absolutely horrible individuals. Their policies were terrible, but somehow Biden was able to claim that ‘at least they were civil,’” Luqman told hosts Brian Becker and John Kiriakou.

Kiriakou reminded listeners that this is not the first time Biden has supported those staunchly opposed to desegregation, noting that he worked with South Carolina Senator and Dixiecrat leader Strom Thurmond and even spoke at his funeral in 2003.

“I don’t trust anybody who can sit and have a civil conversation with people who despised, dismissed and disparaged the civil rights movement as communist [movement] – because that’s what Eastland did. And we’re going through that again right now with smearing black activists with this Russiagate business. So Biden was friendly to those kinds of people back in the day, a long time ago,” Luqman asserted, adding that rather than sitting down with such people, those with political power should be opposing them “vociferously, vehemently.”

“Joe Biden is showing his true colors. He is dumb, but he’s also pushing against the rising progressive tide in the Democratic Party.”

Becker pointed out similar instances of Biden’s true colors coming out during his 1988 bid for the Democratic nomination for the presidency, despite today’s media wanting to sweep them under the rug. Citing a June 3 article from the New York Times, Becker read how Biden consistently used some form of the phrase “when I marched in the civil rights movement,” despite having never participated in any civil rights demonstrations at the time. Even his advisers warned against him repeating the false claim, but Biden continued to utter the untruth while on the 1988 campaign trail.

“Let’s just say it was true Joe Biden marched in the civil rights movement. Let’s just say it was true: the idea that the civil rights movement was about changing attitudes and not about changing laws is just specious and ridiculous, and it’s an idea that needs to die,” Luqman said, also noting that in too many instances, politicians use black people’s “struggle for justice as a way to appeal to people’s moral sense and not actually address the legislative and policy issues that are causing so much trouble”

Both Becker and Luqman highlighted that despite these instances and more being well documented and available for public consumption, the mainstream media continues to purport that Biden is somehow the best pick for Democrats.

“We’ve got a lot of work to do to uncover this man’s horrendous, horrendous record,” Luqman stressed.