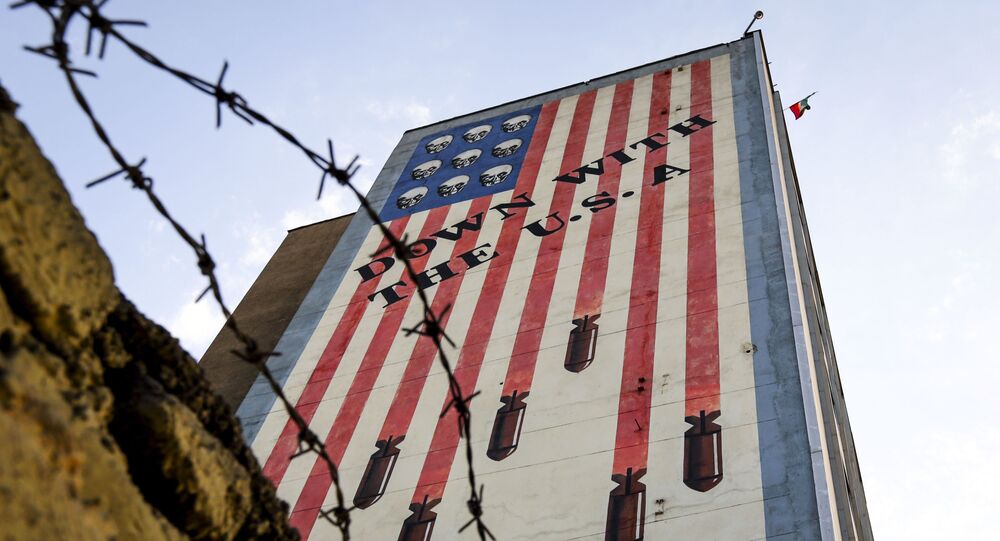 The White House is actively considering launching airstrikes against Iranian nuclear facilities, according to press reports quoting Pentagon insiders. A historian told Sputnik that war between the US and Iran could be extremely dangerous and even lead to the loss of more lives than the 2003 US invasion of Iraq.

"According to the officials, since Friday, the White House has been holding incessant discussions involving senior military commanders, Pentagon representatives and advisers to President Donald Trump," the Jerusalem Post reported Monday, citing anonymous diplomatic sources at the New York-based UN headquarters. "The military action under consideration would be an aerial bombardment of an Iranian facility linked to its nuclear program."

“You’ve got some in the administration, the notorious ones, the [Secretary of State Mike] Pompeos and the [National Security Advisor John] Boltons, who are pushing for military confrontation,” Dr. Peter Kuznik, a professor of history and the director of the Nuclear Studies Institute at American University, told Radio Sputnik Loud & Clear hosts John Kiriakou and Brian Becker Wednesday.

“These people are also the ones who pushed military confrontation in Iraq: they said it was going to be a cake walk; we are still involved there after all of these years. They want to do this again with Iran. They’ve wanted to go to war with Iran for decades. So, this is nothing new. And then they’ve got their allies in the region. They’ve got the Emiratis and the Saudis and the Israelis who also want to see war with Iran,” Kuznik explained, also noting that there are people in the military and others in the US State Department who realize a war with Iran would be “insane.”

Kuznik noted that Larry Wilkinson, a retired US Army Colonel and former chief of staff to US Secretary of State Colin Powell, “says that a war with Iran would be 10 to 15 times more costly in terms of finances and human lives than the invasion of Iraq was. So, you’ve got a battle going on now between those who really want to see the US go to war and those who know that would be an insane policy.”

© REUTERS / KYODO Kyodo
US Navy Claims to Have Found Mine Fragments, Magnet Pointing to Iran in Oil Tankers Attack

“Trump goes back and forth. He wants to create crisis, create chaos, bluster, bully, threaten and then he wants to walk it back,” Kuznik noted.

“There are also hardliners in Iran, people in Iran who welcome a military confrontation, who also want to escalate against the US,” Kuznik noted. “And then you’ve got people in Iran, the [Iranian President Hassan] Rouhanis, [Iranian Foreign Minister Mohammad Javad] Zarifs and others who are pushing for diplomatic easing of the situation.”

“The Europeans clearly don’t want a confrontation. Russia and China are, if anything, on Iran’s side of this. So this could quickly escalate out of control. If we think what happened in Iraq and Afghanistan created chaos in the region, wait till you see what happens with war with Iran,” the academic told Sputnik.

US Senator Lindsey Graham (R-SC) recently said that the US should threaten to attack Iran’s oil refineries, but not “act without further provocation,” Politico reported.

“Trump just played golf on Sunday with Graham, another cheerleader for war in the region. So, Trump goes back and forth. The one thing that everyone in this  administration has agreed on from the beginning is their hatred of Iran. So, we’re not dealing with diplomatic thinkers; we’re not dealing with strategic thinkers … and they’re trying to create a situation that’s likely going to result in military conflict. The Iranians have real capabilities, not only in the Gulf but beyond that. And they’ve got allies. It’s [the conflict with Iran] already divided us from the Europeans. We already have German diplomats in Iran meeting with the Iranian leaders, talking about alternative financing mechanisms,” Kuznik said.

“The Trump administration is undermining the US position in the world, weakening our ties with allies and discrediting us again,” he explained, also noting that throughout global history, many wars have been started by lies and “falsehoods of different sorts.”

“Who are the possible actors that could be responsible for hitting those ships in the Gulf?” Kuznik asked about the tankers damaged in the Gulf of Oman last week, which the US blamed Iran for. “Well, it could be the Iranian Revolutionary Guard. They would have a motive to do it. It could also be the Saudis, Emiratis, possibly the Israelis. There are so many people who have a motive to do something there, and their motives are very different.”

“If it’s the Iranians who actually did this, then they are trying to show that they can retaliate the maximum pressure campaign of the US and its allies. But if it is the Emiratis or the Saudis, then what they are trying to do is provoke war,” Kuznik told Sputnik.

“Kind of the best case scenario is if the Iranians did this, but the evidence is flimsy, the motives for it are dubious at best,” he said. “But if it is someone else trying to create a false-flag operation, whether it is the US or somebody else ... that might be a more dangerous scenario.”

Following the tanker attacks, Rep. Adam Schiff (D-CA), the chairman of the House Intelligence Committee, claimed that the evidence that Iran is responsible for the attacks is “very strong and compelling,” adding that there is “no question that Iran is behind the attacks.”

“If you look at Schiff’s background, this is a man who supported the invasion of Iraq. This is a man who is up to eyeballs in money … from the military manufacturers, the [US] defense sector. This is not somebody who I would trust on foreign policy matters. There are a lot of Democrats who have been guilty in that same way and who are beholden to those same military interests and who are very, very hawkish right now. So, there’s not a lot of very diplomatic thinking in both parties right now,” Kuznik added.