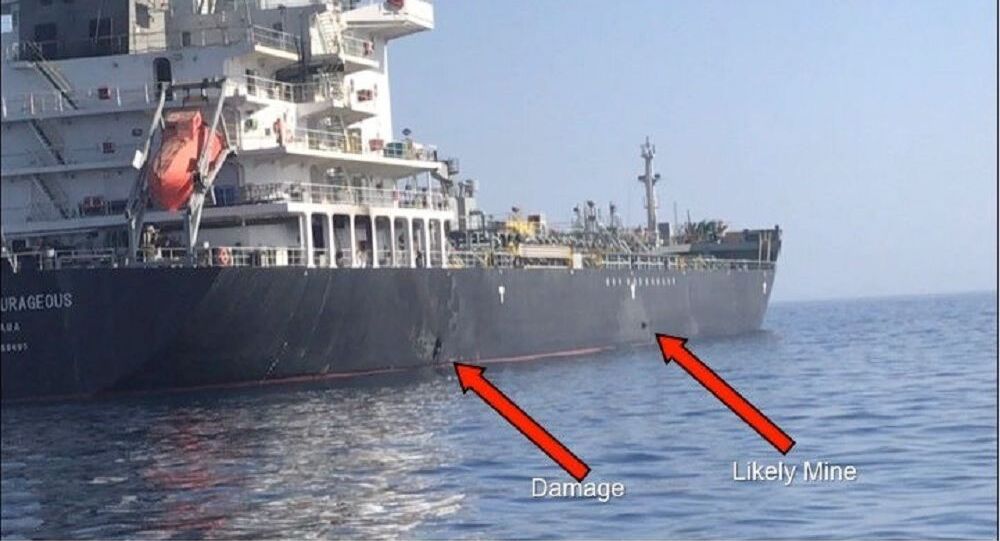 WASHINGTON (Sputnik) - The Trump administration’s lighting quick claims of knowing the culprit behind alleged attacks on two oil tankers in the Gulf of Oman is very suspicious and raises fears that Washington may use the incident as an excuse for war, former US Foreign Service Officer Jim Jatras said.

Earlier in the day, two oil tankers were hit by explosions in the Gulf of Oman near the Strait of Hormuz. The cause of the incident remains unknown but US Secretary of State Mike Pompeo immediately blamed Iran. Shortly after, CENTCOM said a US Navy destroyer was headed towards the region.

"Obviously, these claims are very suspicious," Jatras, a former foreign policy adviser to Senate Republican leaders, said on Thursday. "That is particularly so with the US government jumping right away to know exactly who did it and [claiming] it must be the Iranians because none of their [US] proxies could have done it."

© Sputnik / Ramil Sitdikov
Zarif Points to Lack of Evidence in US Allegations Against Iran on Gulf of Oman Attacks
Jatras pointed out that the rush to judgment resembled previous controversial precedents set including the Gulf of Tonkin incident the United States used to start a war in Vietnam.

"Already I think people are comparing the Gulf of Oman with the Gulf of Tonkin incident in 1964. And of course, remember the same pattern when there was a gas attack in Syria. Or for that matter Serbian mortar attacks in Bosnia," Jatras said.

Jatras also questioned the timing of the attack on ships carrying oil cargoes to Japan at the very time when Prime Minister Shinzo Abe was visiting Tehran for talks.

Jatras suggested that Washington’s "B-Team" might be responsible which he defined as the governments of Israel and Saudi Arabia among other US allies and proxies.

"Do I know for a fact the Iranians did not do it? No, I don't. But I do suspect that somebody did maybe among the [US] ‘B-Team,’" Jatras said. "The question now is: Where will Trump come down?"

The Iranian Mission to the United Nations in a statement on Thursday categorically denied what it called Washington’s "unfounded" claims. Iranian Foreign Minister Mohammad Javad Zarif called the timing of the latest incident "beyond suspicious" because it coincided with Japanese Prime Minister Shinzo Abe's visit to the Islamic Republic.