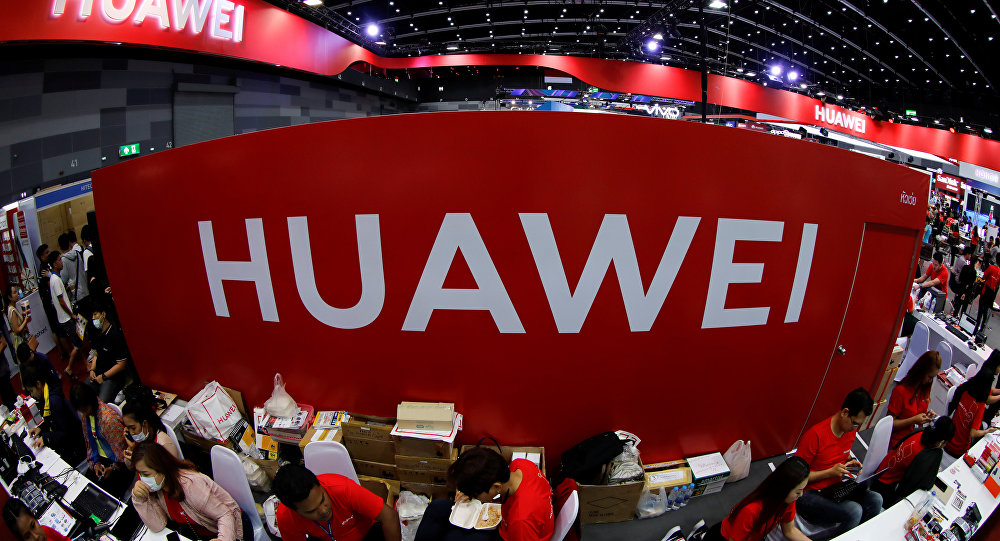 Huawei is not in danger at all but in its best shape ever, and the company will become the largest smartphone vendor worldwide despite growing difficulties, a senior executive of the Chinese tech giant said at an industry event on Tuesday.

The Shenzhen-based firm would have become the largest smartphone manufacturer in the fourth quarter of 2019, but now it may take longer to achieve this goal, Shao Yang, Huawei's chief strategy officer of its consumer business group, said at CES Asia 2019 on Tuesday.

The firm, which is currently the second-largest smartphone vendor worldwide, is expected to overtake Samsung, the top vendor, by 2020. However, the US-led crackdown on the firm for political purposes has made it more challenging.

With 71.62 million in smartphone sales, the world's top vendor Samsung saw its market share shrink from 20.5 percent to 19.2 percent in the first quarter of this year, media reported in May, citing a Gartner report.

© AP Photo / Manu Fernandez
Huawei Predicted Trump's Tech Crunch Years in Advance, Building Own OS in Secret - Report
After Google partly blocked its Android system from Huawei following the US government's export controls, the Chinese company is reportedly accelerating development of its own operation system (OS) HongMeng OS, which is expected to be launched in August or September, several sources close to the matter confirmed with the Global Times.

Several Chinese smartphone vendors including Xiaomi, OPPO and Vivo have been taking part in HongMeng OS testing lately, and its overall speed is 60 percent faster than Android OS, according to media reports.