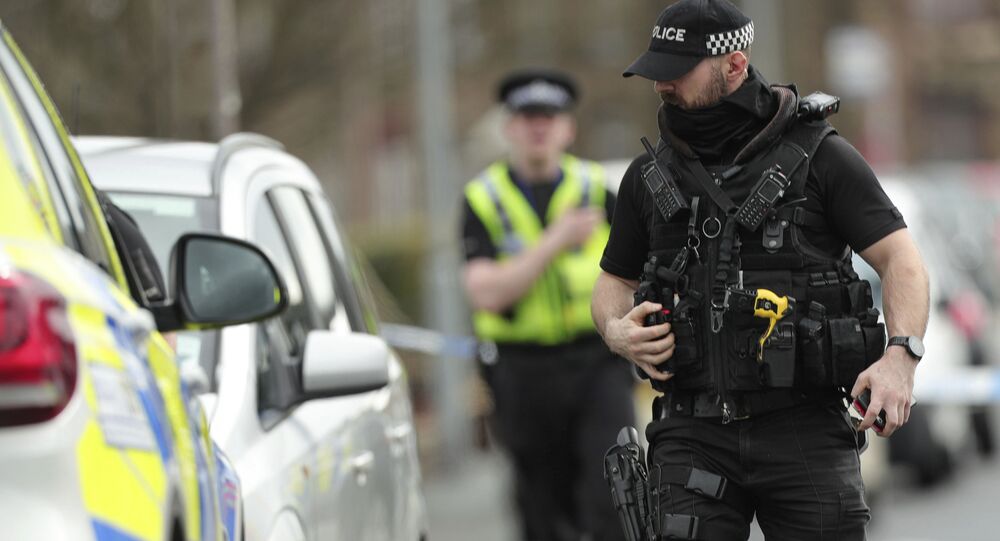 Author: Agencies in Europe Should Share Info to Protect Against Terror, Spying

Britain's mobile operators are warning that the UK risks losing its position as a world leader in mobile connectivity unless the government clarifies its position over Huawei’s involvement in the UK’s 5G network. The Author Judith Grohmann expressed her opinion about this story.

Sputnik: Britain's mobile operators are urging the government to clarify its position over Huawei following a long disagreement over the Chinese company investing in Britain’s new 5G network. Among other factors, ministers have cited concerns that the company may present a security threat by allowing the Chinese government a way to snoop on critical infrastructure. How legitimate are these concerns and is the UK at risk from Chinese espionage?

© REUTERS / Peter Nicholls
UK Police Arrest 'Syria-Related' Man on Suspicion of Terrorism
Judith Grohmann: Well, it's very funny that you ask me about this topic because Austria is also interested in 5G, especially our ex-Chancellor and our soon to be Chancellor in the fall. If you are talking like that, I would like to say you can spy with everything everywhere, not just 5G. It's worked across all the applications that we protect ourselves from espionage against and will likely happen again.

Sputnik: How do these threats compare with other security concerns identified by British intelligence outlets?

Judith Grohmann: With espionage, it is extremely important for nations to reach the goal of getting terrorists 'trapped'. Of course, it's very important for security bodies to spy around cell phones and their computers and their friends, whatever. The problem that I see is not the phone or the mobile, or the computer or whatever. It's more that several countries in the European Union don't have enough people in the agencies. And if they don't have enough agents, how we do expect them to capture the terrorists? I think that's the bigger problem.

© AP Photo / Aziz Taher
UK to Ban Hezbollah, Including Its Political Party, as Terror Organisation
Sputnik: Going forward, what mechanisms and policies should the UK be adopting to protect against espionage, terrorism and potential cyber-attacks?

Judith Grohmann: I think that agencies should get more money to have better equipment and I think that's the most important change. The agencies in Europe should share their information. I think that's the bigger problem. To have terrorists in Europe means efforts to destabilize countries and that's not good for Europe. With groups like ISIS*, unfortunately, we have more terrorist attacks and you can read that in my book, because I have tried to write about most of the attacks in general. That's what the agencies say and that's what the police and Metropolitan Police says of course. The problem is also that each country doesn't share with the other countries — that's the biggest problem. Austria is a very important point because we are in the middle of Europe and have extremely good contacts with Eastern Europe. I think most of the countries don't think about that or don't want to think about this.