Daesh* plotted to attack the US through its border with Mexico, according to a new report by the International Center for the Study of Violent Extremism (ICSVE) published in Homeland Security Today.

A captured Canadian-Trinidadian Daesh* fighter, Abu Henricki al Canadi, was set to launch attacks designed to “cripple the US economy,” he told researchers at the ICSVE, but he refused to go along with the mission and he said he was kept in jail and tortured by the terrorist organisation.

Abu Henricki was caught in Syria where he says he and other fighters were recruited by Daesh’s intelligence wing back in 2016, which wanted to send him first to Puerto Rico, then Mexico and then to the United States using false documents.

"This was mastermind[ed] by a guy in America. Where he is, I do not know,” he said. “The plan came from someone from the New Jersey state of America. I was going to take the boat from Puerto Rico into Mexico. He was going to smuggle me in", Henricki said in his video confession.

© AFP 2019 / Source
Captured Senior Daesh Bride Helping CIA Track Down Terrorist Leader Baghdadi - Report
Dr Joseph Fitsanakis, associate professor of Politics in Intelligence and National Security Studies program at Coastal Carolina University said that he's not really convinced about the accuracy of the reports in some media outlets regarding attempts by Daesh to infiltrate the US via its southern neighbour's borders, but didn't rule it out completely, saying that Daesh may have “scoped out the immigration process as a potential method of attack.”

But, at the same time, he noted that this would not be a practical way to carry out an attack:

“Why go through all the trouble of having someone sent to the United States from abroad, having to go through the stringent immigration process, or face the high risk of getting caught at the border, instead of using a radicalised supporter who is already an American or who already lives in the United States? Militant groups like ISIS [Daesh] look for simple plans that have a high probability of success. The simpler the plan, and the less risky it is, the more chances it has of being implemented", Fitsanakis said.

The scholar believes that it would make more sense if Daesh used radicalised Americans or residents to attack the US or send terrorists in legally, like was the case with 9/11 hijackers:

“Alternatively, the Islamic State could use radicalised Western Europeans —preferably Western-born Caucasians of Christian background— who go through a relatively relaxed and permissive entry process. If the illicit immigration route was chosen, then it would probably be through the United States-Canada border, since it is far less guarded", the expert said.

"If I had to guess as to what they are referring to, I would imagine these are connections with Colombian paramilitary groups like the FARC (Revolutionary Armed Forces of Colombia) or the ELN (National Liberation Army), which the United States has designated as foreign terrorist organizations. There are potentially connections between the narcotics trade that these groups engage in and militant groups in the Middle East such as Hezbollah, but these connections are most financial in nature, and do not necessarily relate to potential attacks", he explained. 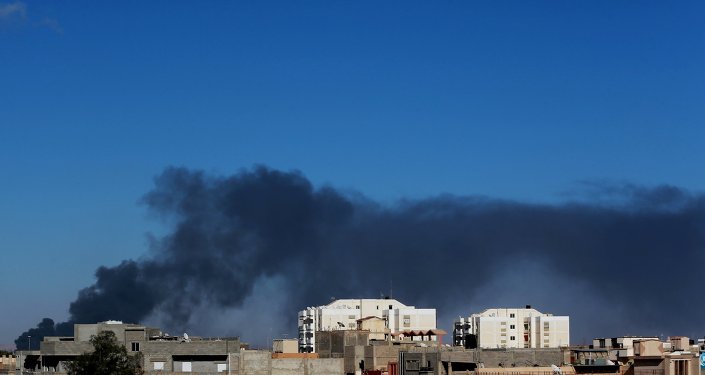 © REUTERS / Esam Omran Al-Fetori
Daesh Claims Responsibility For Two Car Bombs at Libya's Eastern Forces Camp - Report
The Trump administration is currently contemplating designating narcotics cartels as terrorist groups. If that were to happen, then we will see a much higher connection between illicit immigration and ‘terrorism’”.

Trump has threatened to impose tariffs on Mexico if migration at the US-Mexico border is not controlled and the number of asylum seekers is not reduced, but the two sides reached a deal after Friday negotiations.
Trump took to Twitter to say that the planned 5% tariffs on all Mexican goods which would go up to 25% by October have now been suspended:

“I am pleased to inform you that The United States of America has reached a signed agreement with Mexico. The Tariffs scheduled to be implemented by the US on Monday, against Mexico, are hereby indefinitely suspended. Mexico, in turn, has agreed to take strong measures to stem the tide of Migration through Mexico, and to our Southern Border".

Stephen Morris, professor of Political Science and International Relations at Middle Tennessee State University, stressed that Trump's policies towards Mexico are "near the point of denigrating, humiliating, and pushing Mexico too far". 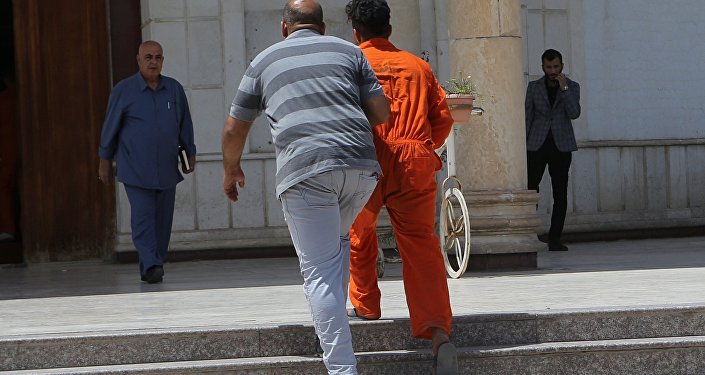 © AP Photo / Khalid Mohammed
Iraqi Court Sentences Another 2 Frenchmen to Death Over Daesh Ties - Reports
While noting that it's a sovereign state and has the right to let in and out of anyone it wants: "If the US can't control its border, it's the US's problem, not Mexico's. Trump can't expect Mexico to solve the problem it can't solve", Morris explained.

The Mexican government said it will deploy 6,000 officers from its National Guard to the southern border from Monday.
The cooperation between the US and Mexico is very important, Dr Fitsanakis said,

“If the Mexican government decides not to cooperate, it could make it extremely difficult for the United States to control the flow of immigration —licit and illicit— through the southern border. At that point, the Islamic State may view the immigration route as more of a feasible method to launch attacks on the United States".

Professor Morris, in turn, believes that the US is also responsible for the situation in its neighbouring state: “Mexico faces a tremendous problem of guns coming in from the US with deadly consequences for the country".

"This matter arguably takes a greater human toll than the entry of Central American migrants seeking asylum in the US or the millions of undocumented workers in the US", the professor concluded.