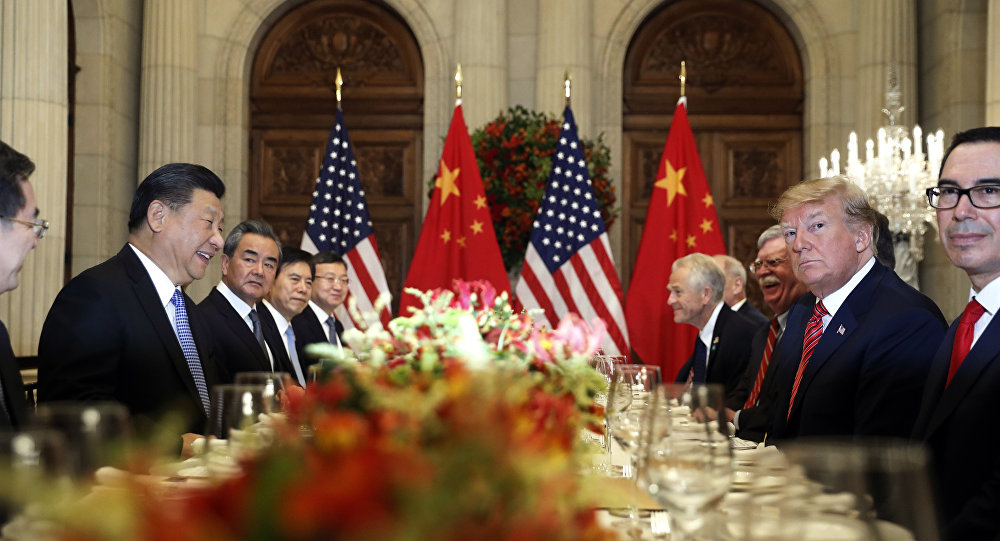 Facebook has stopped pre-installing its apps, including WhatsApp and Instagram, on Huawei devices, even on existing models amid a US crackdown on the popular Chinese brand. Sputnik has discussed the current bans on the Chinese tech giant with Finnish cyber security analyst, Petri Krohn.

Sputnik: Alphabet Inc., Google's parent company, has warned that if the US administration moves ahead with a sweeping ban on Huawei Technologies Co Ltd., it risks compromising national security. What is your take on this?

Petri Krohn: Google is right. But we first must put the questions here, a question for a fake news filter. When Americans speak about national security; they don't mean their own security that would be homeland security.

© AP Photo / Mark Schiefelbein
Huawei Responds THIS WAY After Pre-Installed WhatsApp, Instagram Apps Banned on Devices
National security is more like international security. That is the main thing in the US Empire, the position where the United States has full-spectrum dominance throughout the world. Part of this dominance is the US ability to spy on everybody everywhere.

And for the spying it is important that global users use American applications. So, everything that happens with the US-based applications, if the data is stored on American servers, a copy of it will go down to the NSA's data centre somewhere in Utah.

If you look at how the American system of spying works, look at the car wash scandal in Brazil, Americans are collecting dirt on everybody; and they are able to selectively leak this dirt, this bad information on people they don't like, their enemies, or political opponents.

So, it's quite likely that this car wash scandal in Brazil which forced the resignation of the president or her impeachment was started by Americans having some information they collected through their spying network. 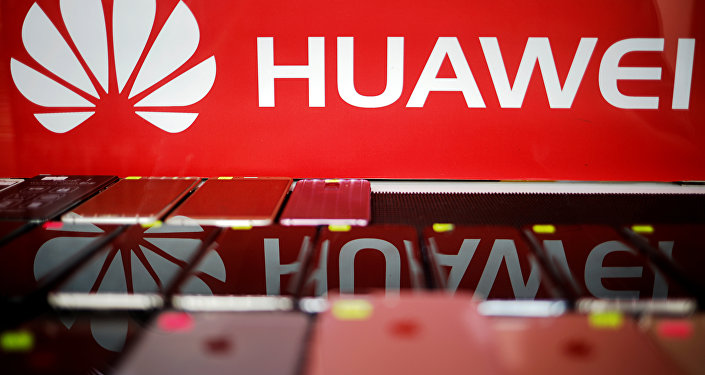 For example, Yandex is a Russian IT company; they have started a competitor to Google, a taxi ordering service. The security services in the Baltic States are saying that this is a danger to their national security, and their governments are imposing a ban on the using of this application on their phones. So, it is in American interests to maintain a monopoly on mobile applications.

Sputnik: What do you think about the timing of this report? Could this somehow be linked to the US Justice Department opening a federal antitrust investigation into Google?

Petri Krohn: I don't think there is any link to that investigation, but, of course, Google is under a whole lot of pressure. What Google announced this week, is that their subsidiary YouTube that they will be censoring… taking advice from the US government on what channels to block and what videos to censor.

Of course, they have been censoring content all the time, but now basically everything can now be labelled "hate speech". Google is under pressure, but I don't think these things are connected.

Sputnik: The blacklisting is expected to hurt Huawei in the short term, but what are your prognoses for the longer term? Can the Chinese side somehow benefit from this situation?

Petri Krohn: Android is Linux and Linux is a free and open source software. So, Google cannot prevent Huawei from using Android on their phones. What Huawei is doing with their phones in the Chinese market, they have very little proprietary content from Google.

© REUTERS / Dado Ruvic/Illustration
Europe to Pay Billions if It Chooses to Ban Huawei's 5G Rollout – Report
The reason why you cannot just install an Android operating system on any phone like even an iPhone is that there are two parts of the system that are closed source, proprietary.

On the top level there are all the Google applications, everything that ties the system to your Gmail account, but on the other level, the hardware level, there are these closed source components, the drivers, all parts of the Android system that communicates with the hardware with the modems and the interface for the radio networks.

So, hardware providers — and Huawei is one of the largest makers of hardware — don't publicise the interface for the hardware; so there is no open source software because if that software was published, then competitors would potentially learn about the details of the hardware.

The graphic adapters in the PCs, their drivers are used […] But this is not of interest to Huawei because they control their own hardware; they can use Android and, of course, what they are doing is developing their own versions of Android.

The bigger problem for Huawei is how to [develop] applications for their phones if they cannot use the Google Play Store and Google's mobile applications. And for this they already have Chinese version of applications and they will have to launch these same services in the Western market.

There's a trend in what Trump is doing — he's like in conflict with his partners, with the European Union; this is slowly eroding the American dominance, and more and more countries are forced to regain their […] The Iran issue is one thing that is splitting Europe apart from the United States. So, from a non-US European perspective, all of these developments are kind of good.

Sputnik: In your opinion, what could serve as a turning point in the ongoing US-Chinese trade war, after which the crisis will subside?

© AP Photo / Mark Schiefelbein
US Ban on Huawei Could Impact 5G Roll-Out Worldwide – Report
China has been buying Iranian oil; the latest information is that they have stopped buying it; but a turning point could be that the US suddenly and unexpectedly reaches some kind of agreement with Iran.

But I find it very unlikely. What I see happening is that the escalation is going to continue. The United States most likely will isolate itself from the rest of the world.

More and more countries will opt for a dollar-free economy and dollar-free technology, trading with each other using [national] currencies, using payment methods which bypass the dollar and US control of the financial market, and also bypassing American technology. I don't expect this conflict to end any time soon.