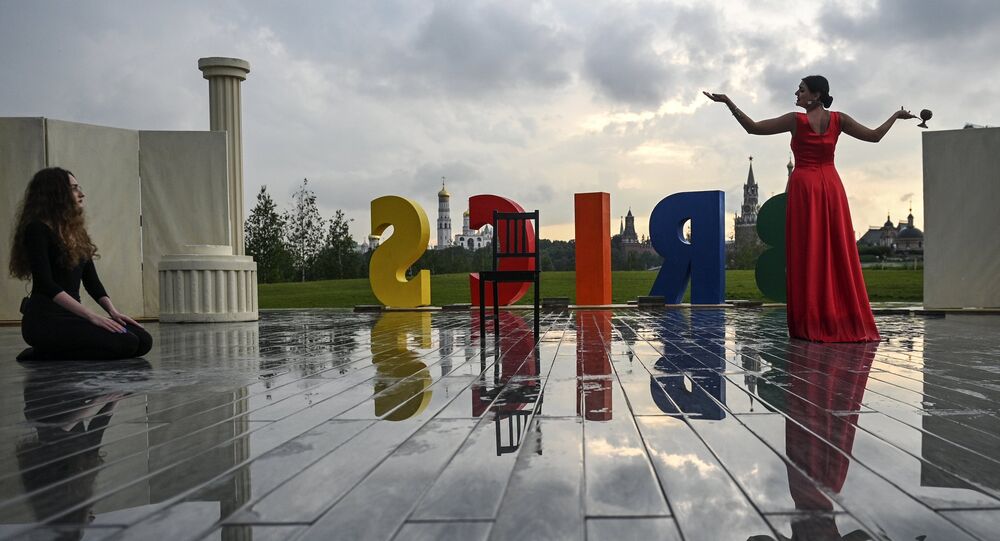 Rishabh Sethi, Head of Global projects in BRICS International Forum, told Sputnik about the role of public diplomacy in the processes taking place in large international associations, such as BRICS.

He also outlined plans of the organisation’s participation in events on the eve of the BRICS summit in Brazil this year, as well as next year’s summit to be held in Chelyabinsk.

Sputnik: What are your impressions from this year’s St. Petersburg forum?

© Sputnik / Vladimir Trefilov
Russia and Its BRICS Partners Gradually Abandoning Dollar in Mutual Trade
Rishabh Sethi: First of all, I’d like to introduce myself. I’m Rishabh Sethi; I’m the Head of International Projects from BRICS International Forum, India. I’m very much happy and excited to be here, the second time at the St. Petersburg International Economic Forum (SPIEF). I participated last year as a speaker here; and this year I’ll also be a speaker at some of the stations regarding sustainable development goals.

This year we are expecting more participation from various countries across the globe as compared to last year. And recently India had elections, so Prime Minister Modi is in power again with a lot of support from the people of India. Russia and India are like very close friends from the time of freedom of India.

Sputnik: Your project mainly works, at this moment it comes from both India and Russia; what about other BRICS members? Is there any participation perspective from South Africa, wider participation from the Chinese and from Brasil; because I know it’s difficult times for BRICS in terms of these countries being part of it?

© CC0
Greenback Losing its Share in World Market Amid De-Dollarisation Drive - Russian Economy Minister
Rishabh Sethi: If we talk about China, so China is having some political issues with the United States and the Western countries; but in terms of the BRICS platform China is very much actively doing a lot of business things with Russia. As far as South Africa is concerned, they also recently had elections, so Mr Cyril Ramaphosa is also in power again and he is also supporting the BRICS idea very much as last year there was a BRICS summit in South Africa; and this year 2019 there is a BRICS summit in Brazil, in São Paulo.

So, Brazil is very much actively working upon the BRICS summit. And India is doing so many projects on the BRICS platform with these countries. As far as China is concerned, it’s [India’s] neighbour country, we are doing a lot of electrical business with China.

Sputnik: How important is people’s diplomacy for the BRICS ideas?

Rishabh Sethi: People’s diplomacy is playing one of the key roles because even the government is working behind the closed doors so nobody can enter; but if we talk about people’s diplomacy, people-to-people dialogue, it’s like an open platform for people related to government, non-governmental, private or public people; so, everybody is free to come and share their projects, ideas and businesses, develop more relations, trade and economy growth among the countries.

Sputnik: Are there any particular plans and projects, and maybe events that you are launching this year, maybe next year? What are your plans?

© Sputnik / Vitaly Bezrukikh
'Bye, Greenback?': Malaysian PM Suggest Creating Gold-Backed Currency for Trade in East Asia
Rishabh Sethi: Last year we started the International Forum in India called Vision for Future; in March this year there was the second forum, and next year we’re going to hold the third edition which will be dedicated to the BRICS summit that is going to happen in Russia. The main core agenda of this theme is to achieve sustainable development goals by digitalisation, by international cooperation.

Sour main focus will be a maximum of countries to participate, this year 18 countries participated, including all the BRICS countries, SCO countries, CIS countries, G20 countries, European Union, Eurasian Union and African countries. So, we are very much actively working among all these countries across the globe; and we represent more than 60+ countries presently in the world.

The views expressed in this article are solely those of Rishabh Sethi and do not necessarily reflect the official position of Sputnik.

Is Latin America Already Part of the New Silk Road?