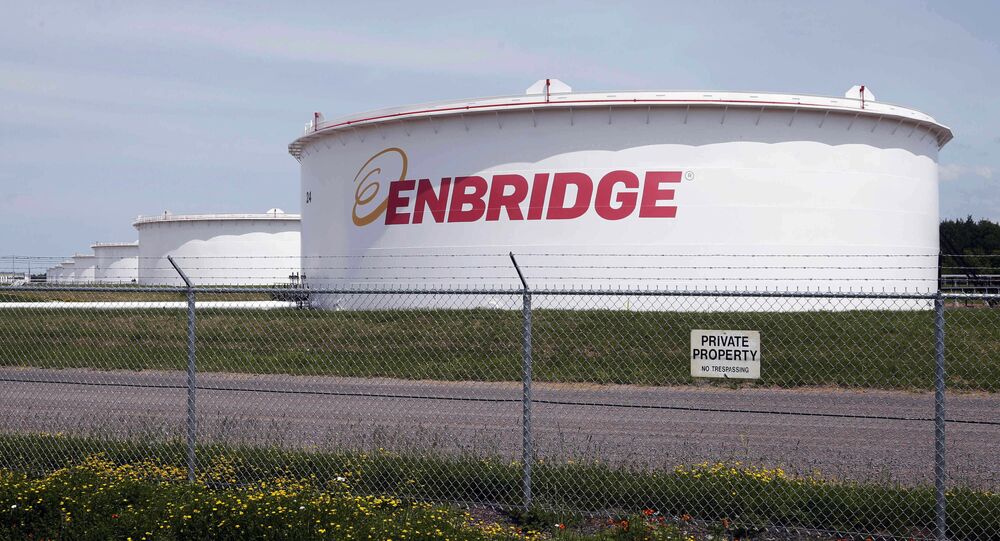 On Monday, the Minnesota Court of Appeals reversed the state Public Utilities Commission's approval for Enbridge Energy’s Line 3 project due to concerns related solely to environmental oversight, seemingly downplaying the issues raised by several indigenous peoples’ bands who hold gathering rights in the immediate area of the line’s proposed path.

"Enbridge Energy is the largest pipeline in the world, and they currently have what they call the ‘Enbridge Mainline,' which originates up in Canada, up in Calgary. It runs right through our areas, through our off-reservation ceded territories, and the mainline consists of six pipelines which transport a total of 2.8 million barrels of crude oil per day," Joe Plumer, the attorney representing the Red Lake and White Earth Ojibwe bands, told the hosts of Radio Sputnik's By Any Means Necessary on Tuesday.

Plumer went on to emphasize that two of the largest inland oil spills in the world were from Enbridge pipelines, and both spills directly impacted lands designated as off-reservation gathering sites of indigenous people.

"One was just east of the Leech Lake reservation, and that was back in 1992. That was the largest inland oil spill up until 2010, when the Enbridge line that goes through Kalamazoo, Michigan, ruptured and topped the one over in Leech Lake. We're not being speculative when we say that there's possibilities of oil spills, because they happened." Plumer informed hosts Eugene Puryear and Sean Blackmon.

"The total need for the two refineries in Minnesota is 400,000 barrels per day. So that extra 2.4 million barrels per day that comes through our area, and that we are subjected to the risk of, gets shipped out into the international market — primarily the Asian market."

Prior to Minnesota Judge James B. Florey's reversal, the company was preparing to jump start its next steps to begin construction, but the court now deems it necessary for Enbridge to provide a proposed risk management protocol in the event that an oil spill flows into Lake Superior.

"Their number one goal is to get the permit so they can get their tar sands down to the refineries in Texas and Oklahoma, so they can get it out to the Asian market. That was the theme of the whole proceedings. The intervening parties — us, Red Lake and White Earth being two of them, [Mille] Lacs band and Honor the Earth and Friends of the Headwaters — all cooperated with each other in a unified front to be able to get the most mileage out of our respective positions. That cooperation really paid off for us," Plumer noted.

Host Sean Blackmon noted that in many cases of pipeline construction, indigenous people are forced to take a "backseat" to corporate interests.

That proved true in this case against Enbridge. The White Earth, Red Lake and Mille Lacs bands of Ojibwe in particular argued that a survey should be conducted of the "traditional cultural properties" the pipeline project would affect, but the court's ruling revealed the judge felt as if the "historic and cultural resources" were appropriately addressed within the original environmental impact study.

Florey added that the study "addresses historic and cultural resources in several chapters," fulfilling loose state laws on required analysis of the pipeline's impact on tribes.

"While the public utilities commission didn't address it head on and minimized the concerns of the native peoples, the environmental aspects of [the pipeline construction], which are integrally intertwined, were given weight," the attorney said.

"Hopefully we will be able to use our off-reservation gathering rights in the ceded territories to continue to protect the environment."