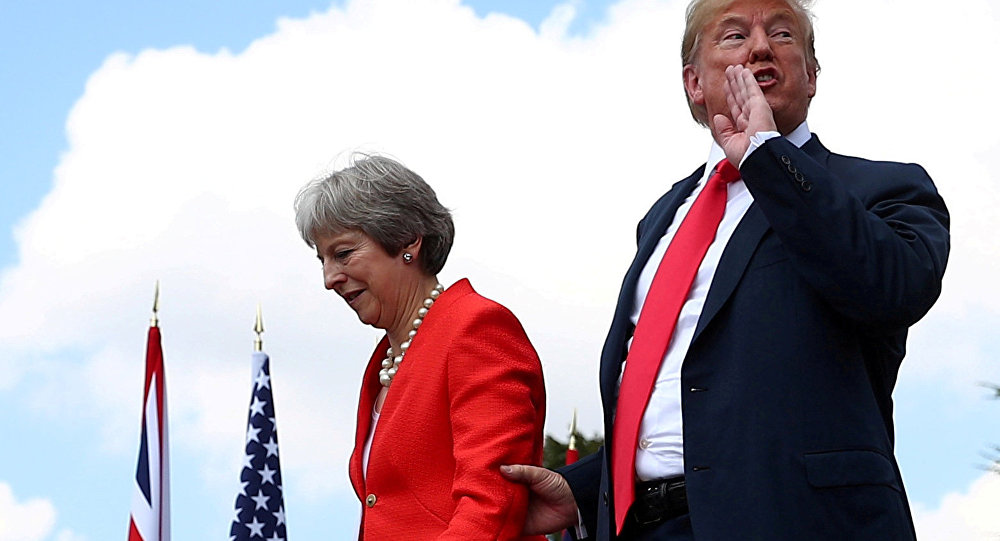 Donald Trump embarked on a three-day state visit to the UK on 3 June. Adam Garrie, the UK-based Eurasia Future think tank director has shared his views on how the US president's tour could affect the Brexit stalemate and whether AG William Barr's recent probe into the FBI's spying on Team Trump could influence US-UK relations.

Regardless of defiant remarks and protests in the streets of London, UK elites are doing business behind closed doors with US President Donald Trump, says Adam Garrie, a UK-based geopolitical analyst and director at the think tank Eurasia Future.

"With approaches to Donald Trump, many things are the opposite of what they are in other circumstances", Garrie noted. "In many cases, state visits of foreign dignitaries are all smiles and grins in public with a lot of intense disagreement behind closed doors. With Trump, the political face of the UK elites are doing all they can to distance themselves from Trump but behind closed doors things will progress in a manner much more akin to business as usual".

© REUTERS / Peter Nicholls
'Historic Partners': Anti-Trump Protests Fail as President Pledges Deals Galore
On 3 June, Trump arrived in London for a three-day state visit. Praising the "eternal friendship" between the US and UK, the American president at the same time rebuked London Mayor Sadiq Khan and called him "a stone cold loser" for the latter's remark that the UK shouldn't "roll out the red carpet" for Trump.

However, Khan responded to Trump's tweet by comparing the US president with an 11-year child. For his part, former UK Foreign Secretary Boris Johnson declined Trump's invitation for a meeting having a 20-minute phone chat with the American president instead.

Meanwhile, on 4 May, thousands of protesters took to the streets of the UK capital to take part in an anti-Trump rally.

"As for ordinary people's reaction to the Trump visit to Britain, the vast majority don't care one way or another", Garrie said, commenting on the matter. "It's just another day and just another week for the people going to work, looking after the kids, tending to their personal affairs etc. But for those who court attention, it is indeed quite popular to virtue signal against Trump as it indeed is in certain parts of the United States — most notably in Hollywood".

During the joint presser with UK Prime Minister Theresa May, the US president emphasised the possibility of a "big trade deal" after the UK leaves the EU.

"As the UK makes preparations to exit the European Union, the United States is committed to a phenomenal trade deal between the US and UK", Trump said. 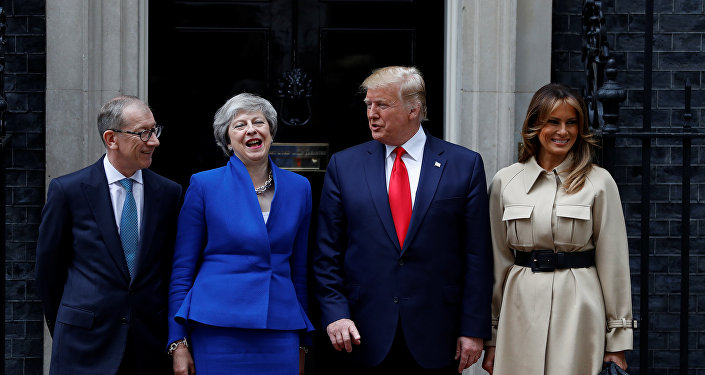 © REUTERS / Peter Nicholls
Trump-May Presser Highlights: From Huawei & Trade Deal to F-35 Jets
According to Garrie, "the self-described worry of 'Brexit sceptics' is that few major economic powers will want to do free trade deals with Britain after it leaves the EU".

The analyst underscored that Trump has been consistently unambiguous from the start about his desire to sign a free trade agreement (FTA) with post-Brexit Britain.

"The deeper truth is that many countries will want to do trade deals with Brexit Britain", Garrie opined. "Starting with the world's largest economy is certainly nothing to scoff at unless one lives in a fantasy land. In this sense, Trump's encouragement of a clean Brexit will if anything help embolden those in Westminster who are still sitting on the fence when it comes to what they seek from Brexit".

The UK is expected to withdraw from the EU on 31 October, which is the latest Brexit deadline. However, the question remains whether it will be a "no-deal" exit, as British lawmakers have yet to find common ground on the UK-EU divorce.

Referring to the Brexit stalemate, Trump told The Sunday Times on the eve of the state visit that it was a "mistake" not to involve Brexit Party leader Nigel Farage in talks on Britain's withdrawal from the bloc: "He is a very smart person. They won't bring him in. Think how well they would do if they did. They just haven't figured that out yet".

"Trump was speaking from the heart just as apparently Barack Obama was when he told Britain that it would go to the 'back of the queue' if voters decided to leave the EU. Trump is unabashedly pro-Brexit as he is naturally sceptical of super-state bodies like the EU", Garrie pointed out. 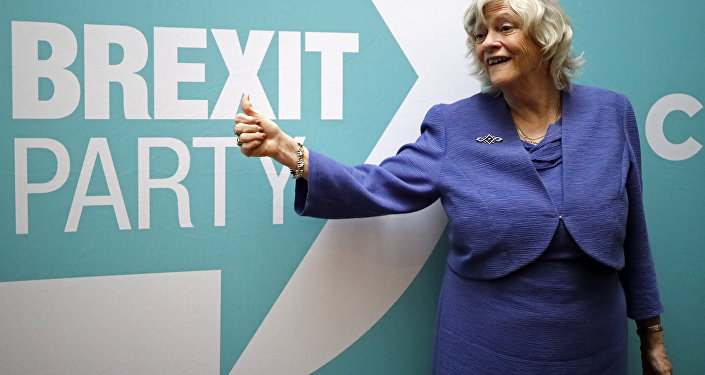 © AFP 2019 /
Nigel Farage Defends Brexit Party MEP Who Claimed Science Could 'Solve the Gays'
"I would think that [Brexit] will happen and it probably should happen", Trump told reporters Tuesday. "This is a great, great country. It wants its own identity. It wants to have its own borders. It wants to run its own affairs. I believe it would be good for the country".

The analyst noted that Trump does not see Britain as a commercial threat to the US in the way that he does with respect to China, India, Korea, Japan, the EU, and the old NAFTA partnership.

"As such, it makes sense why he has lent support to the Brexit Party whose officials are demanding a place at the negotiating table following their big victory in the Euro elections", Garrie elaborated.

The Brexit Party came out on top in the latest European Parliament elections with Farage calling for a WTO Brexit and denouncing the left-wing's attempt to hold a new referendum on the country's future in or out of the bloc.

Theresa May and Christopher Steele's Dirty Dossier on Trump

Still, there are potential clouds on the horizon of US-UK relations, as Attorney General William Barr is digging into the DOJ's and FBI's handling of the so-called "Trump-Russia" case during the 2016 presidential campaign. The cornerstone of the probe was an unverified dossier compiled by British national and former MI6 officer Christopher Steele, who reportedly agreed to testify about his role in the FBI's probe, according to The Times' 4 May report.

"Trump detests the old guard in the UK and at the moment this old guard is symbolised by lame duck Prime Minister Theresa May", Garrie said. "As such, the US Attorney General is most certainly going to shine some light on parts of the UK's so-called 'deep state' that will not be flattering".

© Photo : Sarah Sanders/twitter
Observers on 'Political Hack Job' & Who Really 'Meddled' in US 2016 Elections
However, according to the analyst "this will likely incentivise members of the ruling Tory Party to rally towards Boris Johnson as a successor to May".

"As Johnson maintains a good personal relationship with Trump, a Prime Minister Johnson could shield the UK from further embarrassment as Barr and Horowitz continue to investigate where the proverbial bodies are buried", the think tank director suggested.

In late May California Rep. Devin Nunes called upon Donald Trump to ask British Prime Minister Theresa May whether London was aware of or participated in surveillance against the Trump campaign.

Previously, on 19 May, The Telegraph revealed that May's intelligence chiefs were secretly briefed on Steele's dossier about Trump's purported ties to Russia before the US president was made aware of the document. Special Counsel Robert Mueller's report, released earlier in May did not confirm the ex-British spook's claims about the "collusion" between Donald Trump and Moscow.