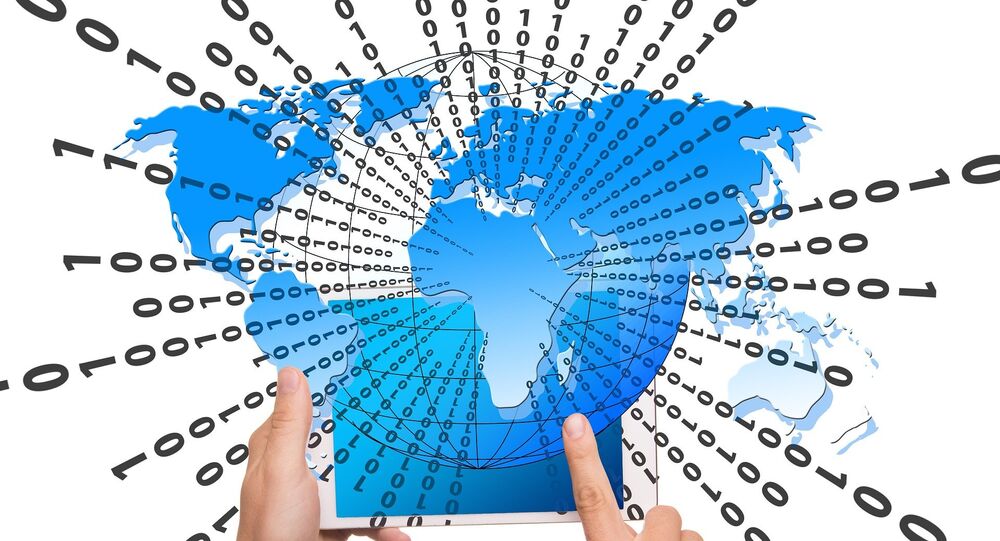 While the Digital India Programme under the Modi government’s first term focused on digital connectivity and transforming the cash-based economy to a digital-based economy, the focus in the second term will be on making India a world-class electronic products’ producer and exporter, says an official linked to the programme.

New Delhi (Sputnik): During the Narendra Modi-led government's first term (2014-2019), one of its much vaunted schemes envisaged reforming the country was called "Digital India". The 2015 project has managed to decisively improve the process of digitisation for the people of India, says an official.

Omkar Rai, Director General of STPI (Software Technology Parks of India), a body under the Indian Ministry of Electronics and Information Technology, shared his perspective on how effective the scheme proved during Modi's first term and the plans envisaged under the new term which started las week.

Sputnik: What was the basic idea that your ministry had in implementing this much vaunted project of Digital India?

Omkar Rai: The Digital India project was initiated by the NDA government in 2015. Ever since, we have made substantive gains in our surge to spread digital connectivity all over the country.  The initiative envisaged making optical fibre connectivity reach even the remotest parts of villages in India, providing wi-fi access to people. The idea was to ensure that even the rural population of the country has access to smart phones and e-governance. The campaign has succeeded in digitising and connecting the whole country, over 1.3 billion.

© AP Photo / Mark Lennihan, File
American Cards Losing Market to Indian Payment Systems in India - Fin Minister
Sputnik: What have been the key highlights of the works done under the Digital India scheme in the last four years?

Omkar Rai: India has achieved substantial proliferation of internet, providing smart phones, citizen-centric digital services and computerisation of Indian ports. A bit of research would show that there has been a very significant impact on the lives of people. If we talk about digital payments, mobile wallets like the Bhim app have made a big difference for the common people of India. India is showing the way to the world with its model of digital payments.

Sputnik: In terms of digital payments through mobile wallets, what is it that makes you think that India is doing better than other countries?

Omkar Rai: Digital India is making the country a cashless economy and that is very convenient for the people. The reason, I believe, that we are showing the way to the world when it comes to digital payments is because in the entire world transferring money through any digital wallets costs a fee. In India, though, with the Bhim app, we are the pioneers in creating an option for a digital transaction without paying any fee.

Bhim is one the most important initiatives of the Digital India plans, allowing citizens around the country to transfer money without much hassle. A record check tells us that Rs. 52 crores ($7.4 million approx.) worth of transactions were once made only in a span of one month. Thus we can say that, the growth of digital payments in a developing country like ours is clearly enormous.

I believe the best feature of Indian digital wallets is the fast speed at which transaction could be made.

© AFP 2020 / INDRANIL MUKHERJEE
Digital Media Can Bridge the Gap Between Youngsters of India, Russia - Minister
Sputnik: In a developing nation like India, how is the process of digitisation different from developed nations?

Omkar Rai: India has to become a leader in citizen-centric products that connects people across the enormous geography of our nation.  We are a country of 1.3 billion people thus we have different challenges from that of the European nations. The biggest example of the "India-centric" digital initiative would be the digitalisation of the Aadhar card project in India. Through it, all Indian citizens get a unique identification code and have their essential information stored in a centralised database. This would be extremely helpful in the day-to-day functioning of the people. It also helps the government to implement their plans better in a country with such a huge population. There were a series of government benefits laid out recently and it only managed to reach people effectively due to the Aadhar card initiative.

Sputnik: Now with the formation of the new government, what lies ahead for the Digital India scheme under the Modi government 2.0?

Omkar Rai: Under the Modi government 2.0, we will go aggressively to make India a production nation in the electronic sector. We want to change the status quo from being an outsourcing nation to a production nation. We want to create a whole ecosystem to support domestic industries in the digital sector and enable the Indian enterprises to compete worldwide.  We, through our continuous efforts, envisage seeing a day when Indian enterprises are involved in the creation of world class products in the electronics sector.