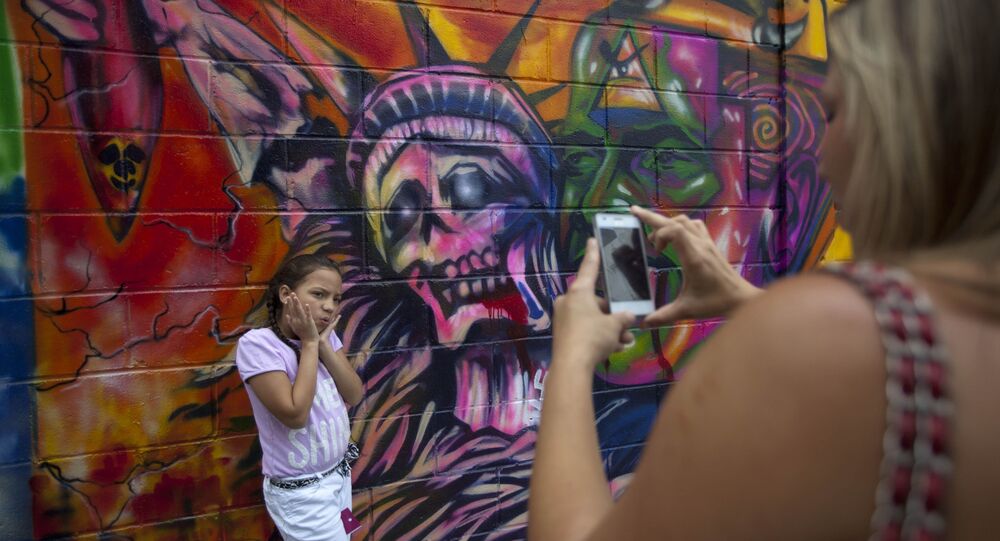 In 2015, ExxonMobil discovered large oil fields just off the coast of Guyana. The reserves are estimated at 5.5 billion barrels. What does this hold in store for the Latin American country’s future? And what does Venezuela have to do with this?

Today, Guyana is the second poorest country in the region. According to some estimates, over the next few decades, it may become one of the world's largest oil producers per capita. However, the availability of resources doesn't always mean economic prosperity. The small Caribbean country could just become another piece of the puzzle that the United States is putting together in the region, said Tamara Lajtman, an expert at the Latin American Strategic Centre for Geopolitics (CELAG).

The entire history of relations between the United States and Latin American nations and the Caribbean region indicates that American transnational companies will be the ones who will benefit most from this discovery.

Lajtman shared the viewpoints of American experts who believe that Washington can replace Venezuelan oil from a "regional petroleum regime" with a much more stable supplier.

© REUTERS / Hani Amara
US to Triple Import of Russian Oil Amid Sanctions Against Venezuela - Report
The expert said that at the end of last year, the American Security Project (ASP) organised a conference called "Guyana: Building Sustainable Security". This organisation studies national security issues, among the members of its board, are former US Secretary of State John Kerry and former US Secretary of Defence Chuck Hagel. The participants in the said event included Vice Admiral Kevin Green, the former head of US Naval Forces Southern Command.

As a result of the meeting, a document was drafted in which it was suggested that American politicians establish closer relations with Guyana in order to guarantee long-term security. The report also noted that since the crisis in Venezuela continues to escalate, a prosperous and developing Guyana could become an axis of stability in the Caribbean, Lajtman added.

According to the Stratfor agency [an American private intelligence and analysis company], some major oil producing companies in the United States have already begun working in Guyana. However, although the revenues of Guyana's government will increase, a large part of the country won't feel the economic benefits of oil production, since basically all the jobs in the sector have been designated for foreigners.

In early May, the US Navy Southern Command began New Horizons drilling in Guyana. According to the ASP (American Security Project), they are being held at just the right moment, "when Guyana is at the very centre of regional geopolitics".

There are two reasons for this: the crisis in neighbouring Venezuela and the energy future of the Caribbean country. The situation is aggravated by a land dispute between Caracas and Georgetown over the Essequibo River. A zone of 160,000 km2 has been claimed by Venezuela for several centuries and the dispute is still unresolved. The United States sees a threat to drilling operations near the maritime border between the two countries.

For many decades, Guyana was considered a transit country for cocaine on its way from Colombia to the United States. In light of this, the government has implemented various anti-drug assistance programmes and enacted laws to combat money laundering and the financing of terrorism. With the growth of oil revenues more could be done about this.

© AP Photo / Nabil al-Jurani
Exxon Mobil Reportedly Evacuates Staff From Iraqi Oilfield Amid US-Iran Tension
In July 2018, Guyana joined China's New Silk Road initiative, which includes investments in the construction of ports and roads. This would be the largest project ever carried out in the country. It is of key geostrategic importance since it will reduce the time of transportation for goods to northern Brazil (China's main trading partner in the region) and make the route to the Panama Canal faster.

Views and opinions, expressed in the article are those of Tamara Lajtman and do not necessarily reflect those of Sputnik.