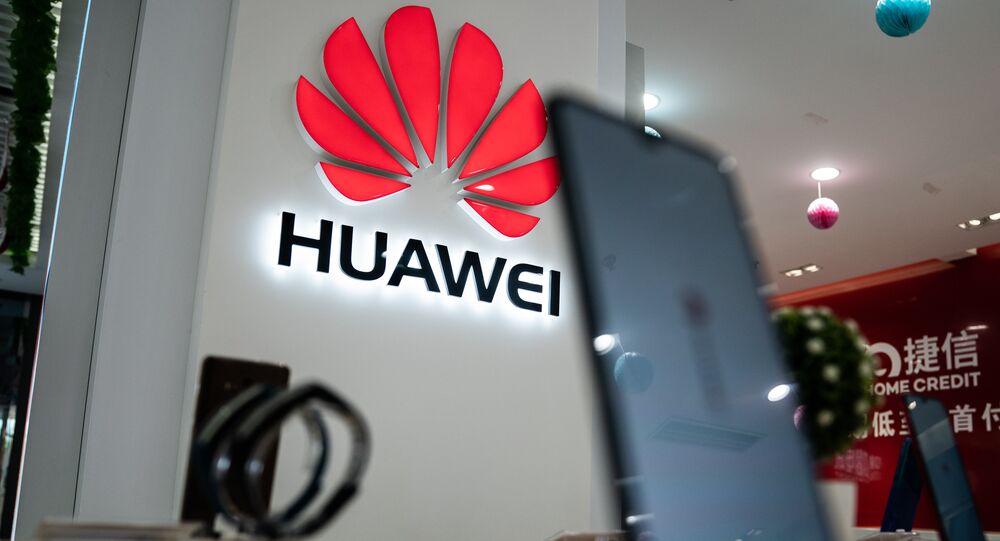 Huawei has said billions of customers around the world could be harmed by US sanctions against the company - as it launched a legal challenge against some of the restrictions. Tom Harper, an Asia Pacific Specialist from Surrey University, explained what impact will US-China trade war have on the development of industries like 5G networks.

Sputnik: A US move to put Huawei on a trade blacklist "sets a dangerous precedent" that will harm billions of consumers, the firm's top legal officer said. How true is this and what is the significance in these most recent statements?

© REUTERS / Pavel Golovkin/Pool
Pompeo Admits US Firms 'Cooperate' With Gov't Amid Huawei Crackdown
Tom Harper: There's two ways to do it. On one hand, there is the lockdown of the firm out of the US market and some American allies, but equally, the biggest leverage Huawei have is they are leading in 5G, in fact they have often been identified as the firm that is the leader in this technology and what is also the problem is quite a big consumer base and all sorts of firms are dependent on it. Any sort of move against them is a double edged sword in many ways.

Sputnik: What other moves, if any, could we see from being taken from the US against Huawei?

Tom Harper: They've been talking about blacklisting major Chinese drone manufacturers and in fact what we might see is increased pressure on US allies, which is already happening, to not use it as part of their infrastructure. So far, it's limited success. I think that's probably what we will see in the future and in fact, it follows a sort of precedent established by what happened with Toshiba, which had previous enjoyed a similar position to Huawei back in the 80s and of course, they used a lot of security leverage to undermine their position as a dominant leader in semiconductor technology.

READ MORE: Huawei Pushes Ahead With Trademarks for Own OS in Europe Amid US Crackdown

© AP Photo / Andy Wong
US Crackdown on Huawei to Harm Over 1,200 American Firms - Chief Legal Officer
Sputnik: Washington's clampdown on Huawei is part of a wider conflict simmering between the US and China. In recent months the US has pushed to persuade allies to ban the Chinese company over the potential risks of using its products in next-generation 5G mobile networks. What impact will this trade war between the US and China have on the development of industries like 5G networks?


Tom Harper: In many ways, that is the danger of a zero sum mentality, on one hand one move to harm another party can hurt the one who is carrying it. For example, some of the leverage that China's can talk about is its monopoly of rare earth minerals, which is an important component of many technologies, including defence technology. In fact, we've seen them threatening to use that as one of third nuclear options. Ironically, whilst what we might see a server for the 'balkanization' of the internet rather than the idea of another Iron Curtain, where the sort of the national internets are split into several different blocks and ironically, probably the biggest challenge will be the new face will be as they move against the 'Made in China 2025' program, which is effectively Chinese technological leadership or even Otaki, and the recent moves may make them push even further towards that. So, again, all these interactions don't always have the same result.

Huawei Turns to Asian Parts Suppliers Amid US Crackdown