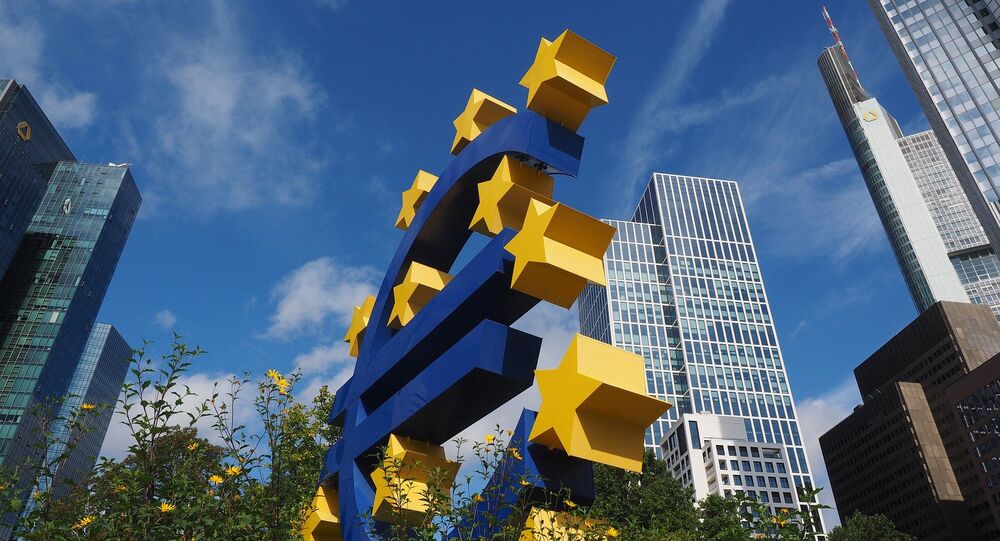 The newly founded Brexit Party triumphed in the EU Parliament elections, while the ruling Conservative Party suffered a humiliating defeat, picking up just 8.7 per cent of the vote.

Nigel Farage's party, as well as other prominent right-wing parties, such as France's National Rally and Italy's League, have experienced a surge in support, while the two major factions which dominated the EU for decades will not be able to form a majority coalition.

Rodney Atkinson, the founder of the freenations.net website, one of Britain's most successful political economists and a former adviser to UK cabinet ministers, has discussed the Brexit Party's success with Sputnik, as well as the reason behind the two mainstream parties losing support to right-wing and populist parties in the EU Parliament elections.

Sputnik: The Brexit Party, with its leader Nigel Farage, gained over 30% of the vote in the UK's European Parliament elections, while the mainstays of British politics, the Tories and Labour, suffered bitter disappointments. What is your take on this?

© REUTERS / Russell Boyce
European Stocks Tumble Amid PM May Leadership Bid, Brexit, US-China Trade War
Rodney Atkinson: For 30 years (since my 1988 book The Emancipated Society) I have warned that the real split in politics was not on the left-right axis but on the authoritarian — libertarian axis.

The old political parties (not just in Britain but throughout Europe) were simply incapable of understanding their problem. The European divide is between the democratic sovereignty of nations states and the authoritarian corporatist super-state […] The people are at last revolting and these elections show that.

Sputnik: What are the reasons that the two mainstream parties have lost so much support?

Rodney Atkinson: The two mainstream parties — as the left moved right and the right moved left — met in corporatist authoritarian politics. The people were denied a meaningful choice for their votes and big business (through e.g. EU freedom of movement and lower taxes) were able to control markets and lower wages. So the people were denied both the political and economic tools to influence their lives.

Sputnik: Britain has essentially again voted for Brexit via these elections. How could this affect the ongoing process of leaving the EU?

© AFP 2021 / Oli SCARFF
Brexit Party Selecting Candidates for EU Parliament, Mandate for Elections - Member
Rodney Atkinson: It now looks very likely that by 31st October we will leave cleanly and clearly on what is called (wrongly) a “no deal Brexit”.

In fact May’s deal was a “no deal” Brexit — with no agreement on free trade, tariffs, legal controls, constitutional freedom or citizens rights  — but costing us over £40bn. But with parliament having voted by a large majority to leave the new Prime Minister can just wait and leave.

Sputnik: What steps and policies are expected by Europeans from the new European Parliament?

Rodney Atkinson: The politics of the nation states and their wish for democratic sovereignty has now spread to the European Parliament and the traditional corporatist stitch up between the socialist and conservative groups no longer has a majority. Big sovereignty votes in France, Hungary, the UK and Italy will make a big difference.

Sputnik: What measures are vital to resolving the EU's main problems?

Rodney Atkinson: The Euro is killing the economies, social structures and jobs in EU countries. It cannot survive the next recession. Mobility of labour is now seen as a social crisis rather than an individual opportunity. Most countries need to leave the Euro. More decisions need to be made in the nation states’ parliaments and the socially alienating freedom of movement must be replaced by cross border free trade and investment.

The UK Voted for Brexit Again: Highlights of EU Vote