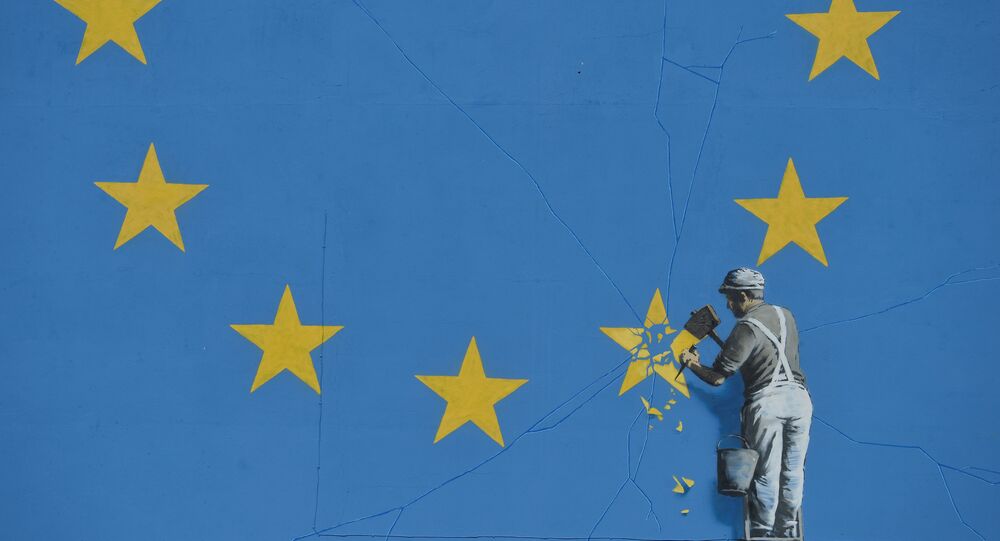 Spain is due to hold its European Parliament vote on 26 May. However, Spaniards do not look much interested in the upcoming event. Spanish academics Santiago Nino Becerra and Carlos Vidal Prado have explained the phenomenon, emphasising the importance of the EU elections for Spain and Europe in general.

The European Parliament elections kicked off on 23 May with Britain and the Netherlands opening their polling stations. Other nations will cast their ballots between Friday and Sunday.

The Spanish people are due to vote on 26 May, however, it appears that they are not so enthusiastic about the upcoming elections. According to Ipsos, 45 per cent of Spaniards do not show interest in the European Parliament vote, with only 12 per cent being highly interested in the event.

"For the majority of the [Spanish] population, these elections are not important, because they do not know what consequences they will have", says Dr Santiago Nino Becerra, Spanish economist and professor of economy at Ramon Llull University in Barcelona.

© REUTERS / Eric Feferberg/Pool
Macron Vs Le Pen: Why EU Vote May Spell End to French President's Ambitions
Commenting on the upcoming vote, the academic insisted that there is a lot at stake not only for the Spanish economy, but also for the wider European one.

"For Spain, it is the European elections that are especially important because they will determine the new European control bodies that will have to solve really important things, namely, the configuration of state accounts. One should remember that Spain has a huge problem with the state budget deficit", Becerra elaborated.

For his part, Carlos Vidal Prado, professor at the Department of Constitutional Law of the Spanish National Distance Education University, agreed that the country's citizens continue to view European institutions as something "far out". However, according to the professor, the people are increasingly realising that decisions taken at the European level eventually affect their everyday life.

"We [Spaniards] owe much to the EU, and if we want to influence the work of European institutions, we must take elections to the European Parliament seriously", he believes.

© CC0
Spain Fears EU Under Threat of Collapse, Names 'Enemies' Within and Outside Bloc
Meanwhile, European polls indicate that right-wing parties are likely to win more seats than they did in the previous 2014 elections.

"Populists and radical parties that reject the European integration project are required to take less demagoguery and translate their claims into proposals on how to improve the functioning of the European institutions", said Prado commenting on the pan-European trend.

According to him, the bloc is now "at a critical juncture" because of Brexit and the rise Euroscepticism.

"Political groups that are convinced of the values of the EU are required to have a better and more efficient articulation of these beliefs, more transparent actions and the ability to link them to the true interests of citizens", the Spanish academic insisted.

© REUTERS / Simon Dawson
A 'Game of Thrones': What Happens To Brexit After PM May Leaves No 10?
While the left-wing Spanish Socialist Party is leading with projected 30.43 per cent of the vote, the country's Eurosceptics are expected to win 10 out of the 54 seats in the future European Parliament, five seats more than they got in 2014.

According to Politico's Poll of Polls, the centre-right People's Party (PP) will receive 18.88 per cent of the vote; Catalonia's centrist Citizens party will gain 15.4 per cent; Podemos, a left-wing party, sometimes called as "populists", will get 12.27 per cent, while Vox, a right-wing political force may garner 7.51 per cent.

The European Council on Foreign Relation, a pan-European think tank, argues that despite the surge of the Right in Europe, Spain remains a sort of "European oasis", with 75 per cent of Spaniards believing their country has benefited from its membership in the EU.

Spain Fears EU Under Threat of Collapse, Names 'Enemies' Within and Outside Bloc