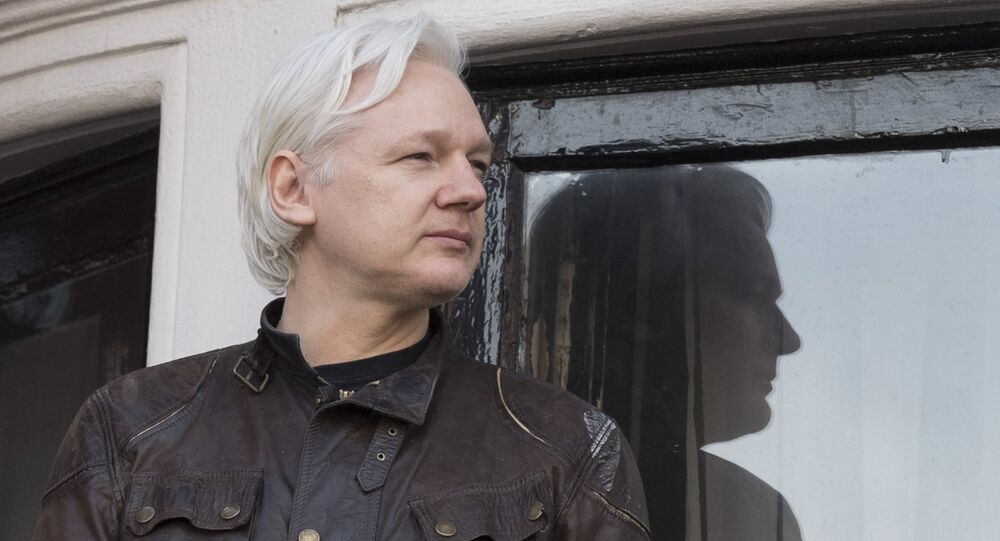 Julian Assange could face a lifetime in jail, as the US launches fresh espionage charges against the whistle-blower. According to Wikileaks, the 17 charges carry up to 175 years in prison if he is to be convicted. Journalist John Steppling shared his opinion on what this means for Assange and for investigative journalists worldwide.

Sputnik: What do these latest US charges mean for Julian Assange?

John Steppling: He's been charged under the 1917 Espionage Act, and I don't think that's ever been used before. Maybe once, but it's an archaic bit of legislation that administrations previous to Trump had avoided, because the assumption was it wouldn't withstand constitutional scrutiny. Obama actually contemplated prosecuting Assange, and then at the 11th hour his Justice Department decided that it was just too shaky. The whole predicating this entire case on the Espionage Act is just a bad idea. The perception is bad, the optics are bad, so they decided not to do it. Trump's Justice Department, and now this very reactionary Supreme Court, just want to pile on. They don't care if it withstands scrutiny or not. They're going to throw everything they can find at him, because this has become a First Amendment issue. Will he be convicted? That's anybody's guess. It's all so bizarre, in a sense.

Sputnik: If he is to be convicted, what will that mean for Press Freedom?

John Steppling: If he were to be convicted, it's a horrifying precedent for journalists globally. It essentially says that if you criticize the US government, or the US military, then you are treasonous- that's the short version of what it says. But the media in the West has piled on Assange. I was just looking at an article written by Michael Weiss last April, in 'The Atlantic'. It's just a hit piece on Assange. He has really elicited some very extreme reactions from 'so-called' liberals, even more than the Far Right Wing.
What do these charges mean? Well, he'll come to the US in chains. Everything that can be done in secret in terms of the legal proceedings will be done in secret. And he has no chance of avoiding very serious solitary confinement. He'll be disappeared into some ‘supermax' joint somewhere. And that will be that.

READ MORE: Assange's Lawyer: Ecuador Embassy Evidence Could Have Been Planted After Arrest

Sputnik: What kind of evidence has been used against Assange?

John Steppling: The government wants to do away with what little is left of the first amendment and civil liberties. Due process- all of this is pretty much gone anyway, this would be the final nail in that coffin. But what happens to people who have published Wiki material? The current editor of Wiki, all of these people, there's a chain reaction; it gets put in motion here. And where does it stop? The New York Times has been very anti-Assange in many ways, but not entirely, and they're questioning the constitutional legality of this prosecution, and these new charges. So where does that end if he's convicted? On the back of this, New York Times have questioned whether anybody is really safe from indictment. I certainly am critical of the US government, and I'm assuming that I would be open to indictment perhaps. It really is a kind of fascist, totalitarian mind-set. That is at work here. And one wonders what kind of evidence the state really has, that's the other thing. If he were to be convicted on what we know the government has so far, that would be pretty shocking, because there really is nothing that rises to the level of espionage.

Sputnik: The US charges add up to about 175 years in total. But the UK has quite a role to play here, because Sweden is also seeking extradition. So is it up to the UK to decide where Julian Assange is sent?

John Steppling: Well, I suspect the UK will get on the phone with the Trump administration and asked what 'the Donald' would like them to do. You think of these images: Assange being dragged out of the Ecuadorian embassy, by these kinds of thugs employed by the British government. And you wonder, why is Tony Blair, or George Bush, or Obama not being dragged from their residence? The crimes of Assange are so minor, so ephemeral, in comparison to the leaders of the West and the war crimes they're guilty of. The whole thing is quite frightening. But the UK will do what the US tells them to do. That's the short version, and just as Sweden has pretty much done what the United States told them to do. This is a very aggressive- the Trump Justice Department is very, very aggressive. And as I said, they don't care if some of this doesn't meet constitutional legitimacy. They don't care. They'll just keep piling it on. And this isn't the end, they will find more charges. 'Julian Assange is ugly, too. Here is 14 counts of Aggravated Ugly'. It will just go on and on, until he is sent to solitary somewhere to rot away. Remember that Hillary Clinton suggested droning him! 'Can we just drone this guy?' she said. This is the level of leadership we find in the West today.