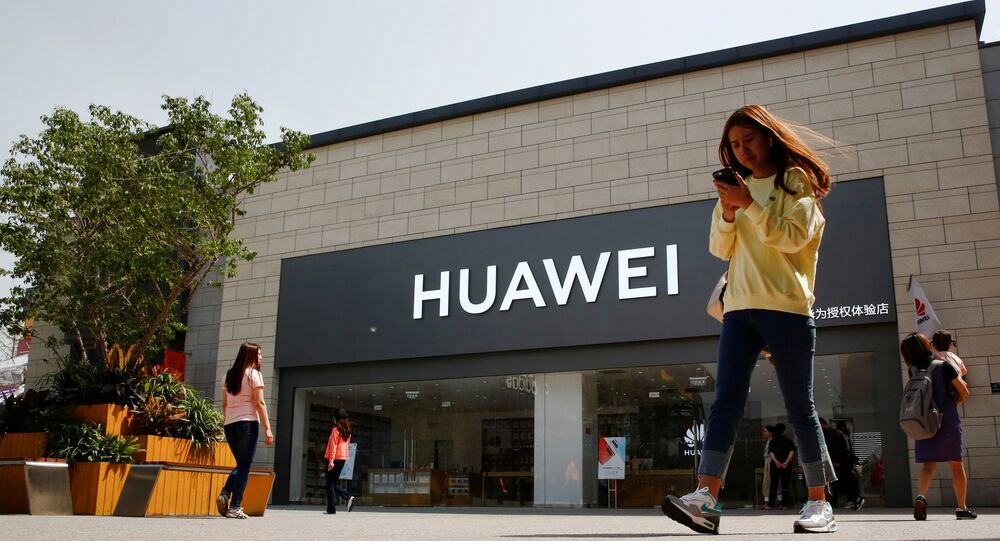 Huawei has recently faced allegations that the company is linked to the Chinese government and has spied on its behalf.

Although both Huawei and the Chinese government have firmly refuted these claims, Australia, Japan, New Zealand and the United States banned Huawei from participating in government contracts in 2018.

The Chinese smartphone maker is finding it difficult to get support for popular Google apps such as Gmail, the Google Play Store and YouTube on its smartphones, after the US tech giant was forced to suspend its business with Huawei on Sunday. The suspension came as a result of US President Donald Trump’s decision to put the Chinese smartphone vendor on the Entity List of the Department of Commerce's Bureau of Industry and Security (BIS).

Trump has also signed an executive order effectively banning Huawei from taking part in the construction of 5G wireless networks in the United States. At the same time, US authorities have encouraged Western allies to avoid using Huawei hardware in their 5G networks.

The possibility of losing Google support on its smartphones could deal a huge blow to Huawei according to reports, especially in key European markets that have been driving the company’s growth outside of China.

Sputnik discussed the issue with Kevin Dowd, a British professor of finance and economics; Benjamin Cavender, principal of the Shanghai-based China Market Research Group and Derek Scissors, a resident scholar at the American Enterprise Institute (AEI) focusing on the Chinese and Indian economies and on US economic relations with Asia

Sputnik: Google’s revenue amounted to $36 million in the first quarter of 2019. How do you think this will change in the near future, given the Trump administration’s recent decision? How will this decision affect average users in the US?

Derek Scissors: If Google does stop selling technology products to Huawei, the impact on its revenue will be less than normal business fluctuations – basically undetectable.

© AFP 2021 / Michal Cizek
Kicking Huawei Out of US, Europe "10 Times More Important" Than Deal With China - Bannon
Sputnik: Some experts say that Huawei will either create their own system or negotiate with Google to get back to the Android system. In your opinion, what Huawei will do in the near future?

Kevin Dowd: Huawei will be working closely with the Chinese government to get the US to back down. Beyond that, assuming the US does not back down, the firm will have to take a massive hit as its exports plummet.

But they will then be working to develop other market as a substitute, and long-term they will want to develop their own independent supply chains which would less vulnerable to disruption by the US government.

Benjamin Cavender: I think domestically this will not affect Google very much. Their main issue is going to be lost use of their services on Huawei phones that are sold to Europe as Huawei devices will not be able to offer Google play services.

Additionally, Google will lose revenue from its Android license that Huawei is currently using but this represents a small fraction of Google's overall revenues so in the near term does not really hurt the company that much.

© REUTERS / GREG BAKER
Huawei Faces Dilemma as Consumers Do Not Buy Smartphones Without Google Services
Derek Scissors: It’s certainly possible that Huawei will work to create their own system. To create a competitive alternative to Android will take some time.

Sputnik: How will Trump’s decision affect Huawei’s competitiveness in both domestic and international markets?

Kevin Dowd: Trump’s decision is a disaster for Huawei, as it would at face value convert many of its exports to the West into paperweights.

But I am sure the firm will survive whatever happens, although it will need some assistance, financial as well as diplomatic, from the Chinese government.

Benjamin Cavender: Huawei is likely to continue to see strong sales domestically of its mobile devices.

It is also most at risk in Europe where it is in the process of launching new models that consumers may choose not to buy if Google-based services are not available.

Huawei essentially has the option of using open source Android, they would not be paying Google for this OS so it would be allowed or moving to a different OS that they or another company developers.

At present, the lack of Google services is unlikely to impact phone sales in their home market as they are already not allowed by the Chinese government.

Derek Scissors: If the US goes through with a full ban on sales, it will hurt Huawei’s competitiveness for several years, at least. That will not matter in China, where competition is limited, or in the US, where Huawei has little business. But it will matter to Huawei’s internationally.

© CC0
Microsoft Joins Google's Crackdown on Huawei Amid US Blacklisting
Sputnik: What possible counter-sanctions can China impose? How will they affect the US market?

Kevin Dowd: The Chinese government can and will unless the US backs down. The Chinese are already talking a ban of rare earth exports to the US, which would be highly damaging to both the US and China and who knows what else they may respond with? Remember that China will always retaliate if only to save face.

A further escalation in the US-China trade war will then be very damaging to both countries’ economies and bad for the world economy as a whole.

Benjamin Cavender: Huawei is purported to have stockpiled parts for at least a year for development of its 5G networks so in the near term actual business operations should be ok, the question is longer term if Huawei can find new approved part supply or develop its own components and chips if suppliers have to forgo contracts due to US pressure.

Derek Scissors: There is no retaliation Huawei can take to directly affect the American telecom market in any important fashion.

Sputnik: Despite the fact that Donald Trump and Xi Jinping may meet at the next G20 summit in late June, the US president announced that he had already ordered to develop a plan to increase trade pressure on China and prepare new tariffs. In your opinion, can the US and China somehow come to a consensus at the G20 summit?

Kevin Dowd: There is always hope that the two leaders can come to a reasonable agreement, but with unpredictable ‘tariff man’ Trump you never know.

He doesn’t seem to appreciate that if the US ‘retaliates’ against what it perceives as ‘unfair” trade practices by other countries, then those other countries will retaliate in turn, especially if those other countries are China or the EU. The danger then is of an ever-escalating trade war like we saw in the 1930s, which did so much then to push the world economy into depression.

© AP Photo / Mark Schiefelbein
UK's Largest Mobile Operator to Launch 5G Without Huawei Amid US Pressure
Trump has no idea of the benefits of free trade and he fails to understand that tariffs are in essence self-harm. It is already clear, for example, that his attempts to ‘help’ US agriculture with trade restrictions have backfired spectacularly.

Benjamin Cavender: My hope is for a resolution to the trade war but it does not seem like strong progress is being made at this point and the discussion is becoming more political by the day.

Derek Scissors: President Trump and General Secretary Xi cannot arrive at a consensus at the G-20, but they can reinvigorate the negotiations.