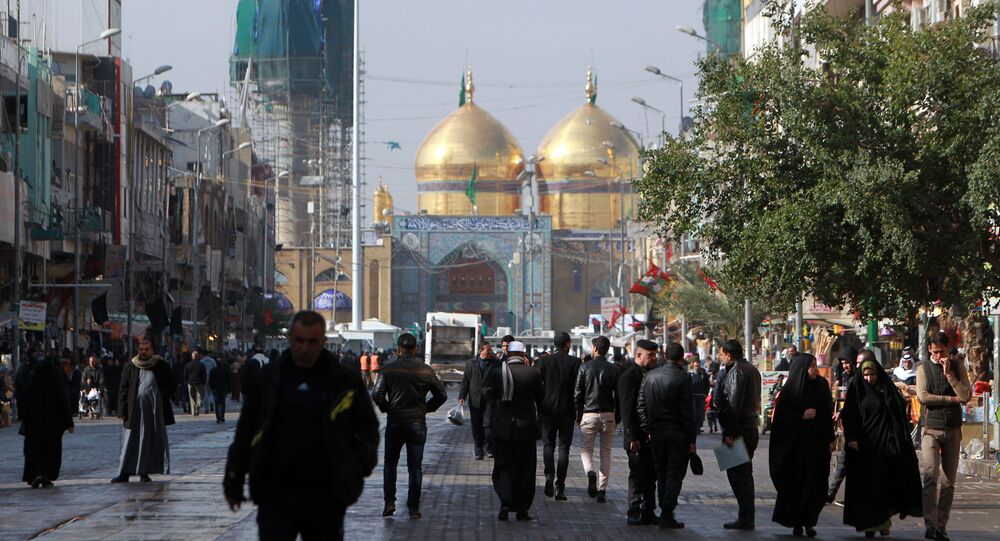 The National Wisdom Movement, an Iraqi political coalition, has proposed an initiative on the role of Iraq in the Iran-US standoff.

Tensions between the United States and Iran have continued to increase, with Washington building up its military presence in the Middle East and putting its forces in Iraq on high alert amid reports of Iran or its proxies planning an attack on US forces. Earlier in May, Iraqi Ambassador to Russia Haidar Mansour Hadi stated that Iraq would not grant permission to third countries to use its territory against Iran in light of growing tensions between Tehran and Washington.

Iranian Supreme Leader Ayatollah Ali Khamenei, in turn, responded on 14 May to the latest US moves by stressing that Tehran would continue to resist Washington, but ruled out the possibility of a war.

Politicians of the National Wisdom Movement have said that it is necessary to stabilise the situation, otherwise a war could break out at any moment.

Hasan Fadam, an Iraqi parliamentary deputy from the National Wisdom Movement, told Sputnik that "Iraq is already acting as a mediator between the parties at the political and governmental levels. Iraq is geographically and politically connected to the United States and Iran, so it can help reduce tensions".

READ MORE: US-Iran Tensions: Is a US Attack Through Iraq Possible?

"The process has begun. Recently, the British ambassador visited the Iranian ambassador in Baghdad, informal contacts between representatives of Iran and the United States are underway, and ambassadors from other states are also discussing the situation. Iraqi mediation helps stabilise the crisis. Preventing it from turning into a war benefits Baghdad", Hasan Fadam said.

"Some non-Iraqi forces are interested in aggravating the standoff in the region. They want Iraq permanently stuck in a crisis. To this end, in Iraq, there are agents being recruited who, for money and other incentives, are working for the sake of undermining stability and dialogue. But they will all get what they deserve", the Iraqi parliamentary deputy explained.

"Relations between Iran and the United States have reached high levels of tension, and have almost reached the point of no return. It threatens the security of the entire region and Iraq in particular. Therefore, the head of the National Wisdom Movement, Ammar al-Hakim, proposed this initiative. Its goal is to bring together the positions of the United States and Iran to such an extent that they can sit at the same negotiating table".

The views and opinions expressed by Hasan Fadam are those of the speaker and do not necessarily reflect those of Sputnik.