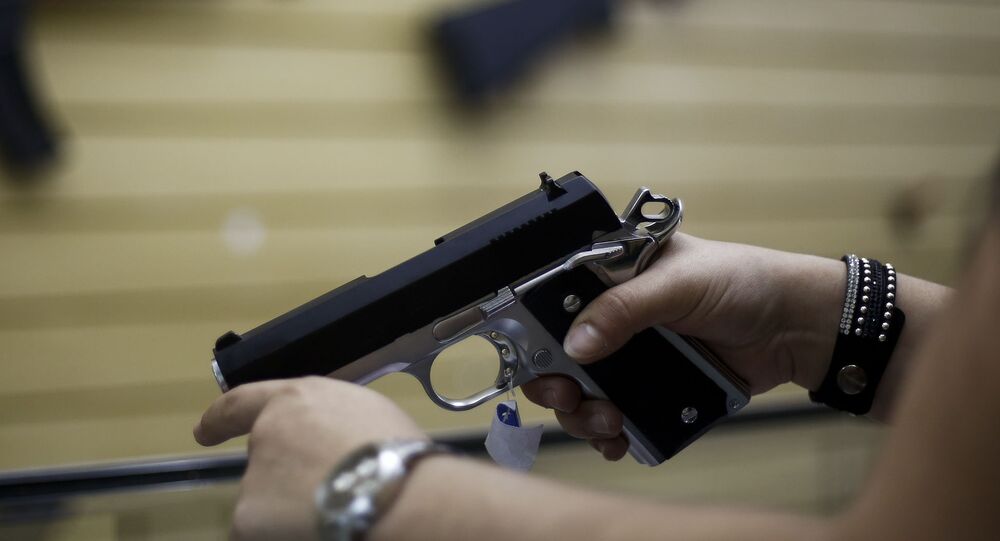 Citizens in Switzerland endorsed in a referendum on Sunday a 'controversial' reform of Swiss gun laws to bring the nation into line with European Union rules, tightening regulations for the sale of weapons.

In Switzerland, where virtually every citizen is a conscript and where shooting for sport remains popular, the vote results indicated a turn toward the European Union. Promoters of the initiative said that if it was not supported, the country could lose its status under the Schengen Agreement. Opponents of the idea suggested that the move was a first step toward the disarmament of Switzerland.

© Photo : Pixabay
Czech Republic Sues EU Parliament Over Revisions of EU Guns Directive
Where does the controversy lie? What were the differences with other EU countries? Sputnik discussed the issue with Luca Filippini, president of the Swiss Shooting Sport Federation.

Luca Filippini: With the new law the half-automatic rifles 57 and 90 will be forbidden. You can just buy and own them with an exemption permit. About 80 percent of the 130,000 shooters in Switzerland shoot with an assault rifle 90 or 57. So about 100,000 people will practice their hobby with a forbidden weapon.

The EU firearms directive states that the measures are to be reviewed every five years. We fear a lot more of aggravations soon. This would be the end of shooting sport in Switzerland.

Luca Filippini: Switzerland is a member of the Schengen area (Schengen agreement). That’s why Switzerland must take over the laws concerning this agreement.

The EU has adopted a new weapons directive, which is part of the Schengen collection of laws.

Sputnik: The reform won 63.7 percent of the ballot with only canton Ticino rejecting the legal amendment. Why is it so? What's the gun tradition in different areas of Switzerland?

Luca Filippini: The ballot shows a difference between rural and urban areas. In rural areas, the law has been rejected.

© Photo : Pixabay
EU Toughens Gun Laws Among Member States in Wake of 2016 Terror
Luca Filippini: As I said the most popular shooting sport rifles are now forbidden. You can just buy them with an exemption permit. Further, you must be a member of a shooting sports club or you must prove that you shoot regularly.

There are a lot of other restrictions like registration of all weapons or a marking requirement for all parts of a weapon.

Luca Filippini: The weapons directive of the EU was intended to fight against terrorism.

But the new law affects only legal gun owners. Terrorists won’t buy their guns in a legal way. The bureaucracy is growing, but there is no safety benefit.

And everyone gets a gun to keep it at home (till the age of 34). After finishing the military service, you are allowed to keep your gun, if you want to. You must have a good reputation, no problems with the police and get a buying permit by the police. Therefore, there are a lot of weapons in private households.

Every year (next time from 24 to 26 may) we have the “Eidgenössisches Feldschiessen” (a federal shooting event). About 130’000 shooters and non-shooters participate every year. This shows that Swiss people have a relaxed relationship with guns. Indeed, there are very few homicides or accidents with weapons and normally no problem with legal weapons.

Sputnik: What consequences and reaction can we expect to see after the law is implemented?

Luca Filippini: The Federal council has always promised that nothing will change with the new law and that the law will be implemented pragmatically. The Swiss Shooting Sport Federation will insist on a pragmatic implementation. We will take the proponents upon the promises they made.

Views and opinions expressed in this article are those of Luca Filippini and do not necessarily reflect those of Sputnik.