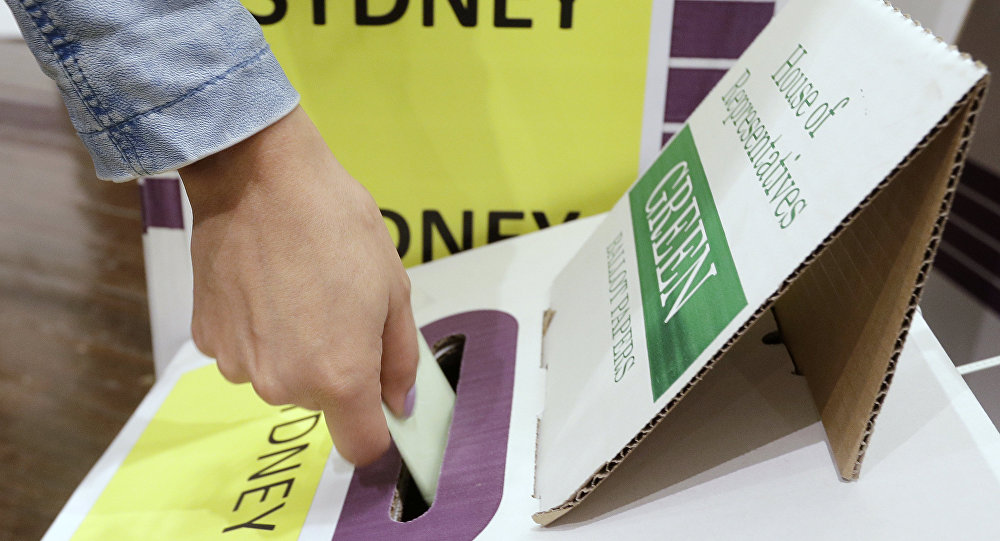 How 2019 Parliamentary Elections Have Changed the Nature of Australian Democracy

Australian Prime Minister Scott Morrison scored a surprising victory in the country's parliamentary elections. Despite the fact that Labour Party led the polls ahead the elections, the Liberal-National coalition won enough votes to form either a majority or minority government.

"By a narrow margin and against all predictions, the conservative Coalition parties have won the Australian Federal election," Stuart Rees, professor emeritus at the University of Sydney, told Sputnik. "All opinion polls had confidently predicted that the Labour Party under former trade union leader Bill Shorten would be forming the next government. Instead, Labour experienced one of the worst defeats in political history. As a result of that defeat, Shorten has resigned as Labour leader."

According to Prof. Rees, these elections have changed the nature of Australian democracy and there were significant regional differences in voters’ concerns.

"Urban Victoria supported Labour, far north Queensland gave huge majorities to conservative candidates. Perhaps the most poisonous influence on the operation of a democracy concerned the massive amounts of money, such as the $53 million spent by the businessman Clive Palmer, used only to attack the Labour opposition’s policies," he said.

After the results were announced, Palmer stated that Scott Morrison's success was possible thanks to his ad campaign.

"Scott Morrison has been returned as Prime Minister and he's only done so because of the 3.5 per cent vote of United Australia Party," Palmer said as cited by ABC Australia, adding "Our Shifty Shorten ads across Australia … I think have been very successful in shifting the Labour vote."

According to Prof. Rees, a quick analysis of Labour’s defeat demonstrates four problems. First, he mentioned advertisements attacking Labour’s alleged tax polices that created a culture of fear and encouraged people’s selfish concerns with their own interests. Secondly, he said that the Labour policies were too detailed and the means of funding them not clearly explained.

He also stressed that the Labour leader was said to lack charisma. Voters did not warm to him. By contrast, conservative prime Minister Scott Morrison established rapport with people even though he had nothing specific to say, apart from attacking and demonising Bill Shorten, according to the scholar.

And finally, he emphasised that too much trust was placed in opinion polls which failed to identify voters’ feelings about jobs, global warming, budget surpluses and fears about taxation.

"My verdict on this surprising and so disappointing result is that reforms, in particular regarding policies to address global warming, are unlikely to be addressed by a conservative Coalition. This spells significant dangers for the planet and for the lives I’d future generations," Stuart Rees concluded.

© AP Photo / Kirsty Wigglesworth
Labour Leader Vows to Oust Queen as Australia Votes in General Election
The leader of the Australian Labor Party (ALP), Bill Shorten, conceded defeat of his party in the parliamentary elections that were held in the country on Saturday. The politician also noted that he would resign from the post of party leader.

With 74 percent of the vote counted, the coalition of the National and Liberal parties led by incumbent Prime Minister Scott Morrison wins the elections. So far, the coalition has secured 74 seats in the parliament's lower house, against the ALP's 66 seats.

Morrison congratulated his supporters on the victory, saying that he had thanked Shorten, who contacted him. On Saturday, Australians elected 151 members of the House of Representatives and voted for candidates for 40 seats in the Senate, the upper house of the parliament.