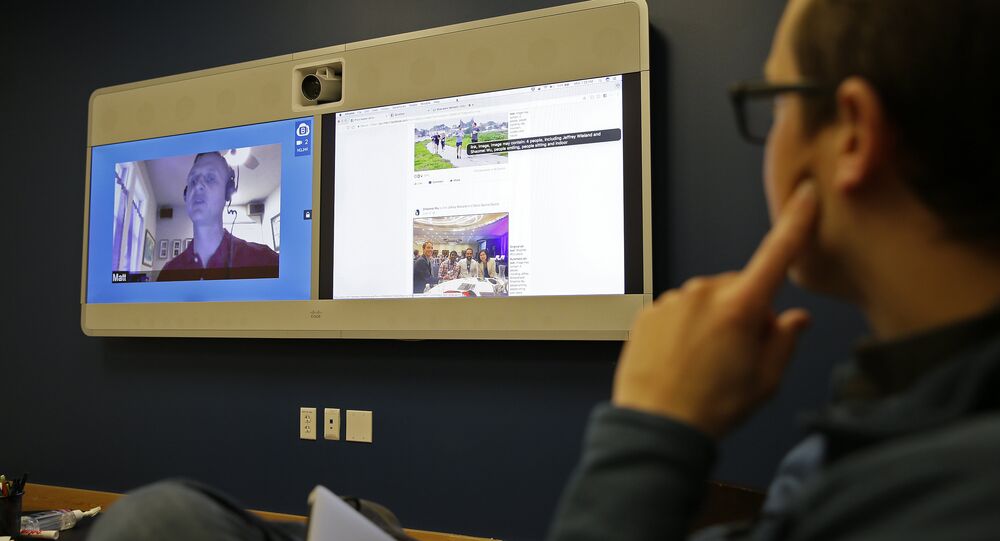 The newly adopted facial recognition ban in San Francisco has raised the issues of security and privacy. Anil Jain, a professor at Michigan State University, and Joel Engardio, the vice president of Stop Crime SF, weighed up the pros and cons of the use of the technology by law enforcement agencies.

On 14 May, San Francisco banned the use of facial recognition technology by the police and local government agencies. The city's Board of Supervisors voted 8-1 for adopting the "Stop Secret Surveillance" ordinance.

"The propensity for facial recognition technology to endanger civil rights and civil liberties substantially outweighs its purported benefits, and the technology will exacerbate racial injustice and threaten our ability to live free of continuous government monitoring", the ordinance says.

© CC0
San Francisco Passes First Municipal Facial Recognition Tech Ban in US
The surveillance oversight ordinance will also require local government agencies to get city approval before implementing other surveillance technologies, such as automatic license plate readers or camera drones. The restriction does not apply to the use of facial recognition tech by individual citizens or businesses.

Commenting on the newly adopted measure, David Stevenson, director of strategic communications at the San Francisco Police Department, stated that the department's "mission must be judiciously balanced with the need to protect civil rights and civil liberties, including privacy and free expression".

"We welcome safeguards to protect those rights while balancing the needs that protect the residents, visitors and businesses of San Francisco", Stevenson said. "While we were happy to see some of our concerns addressed in the legislation, until the policy is put into practice, it is unclear what the full impact will be on department operations".

"Police need such a system urgently because the size of the criminal database is increasing rapidly", the professor argues. "It is not possible for a forensic examiner to search a suspect's photo against database with millions of photos. As the number of surveillance cameras is increasing worldwide, it will lead to reduction in crime and fraud, the suspects will be identified quickly as well".

© AP Photo / Virginia Mayo
Google at 20: From Biggest Scandals to Most Embarrassing Blunders
Having said that facial recognition technology is already being extensively used in law enforcement around the world, Jain admitted that despite the system's popularity and its value, there are certain concerns about 'privacy' of citizens.

"This is an age old debate on 'security v. privacy'", he highlighted. "If we want to live in a society which is safe and secure, we have to give up some privacy, especially when you are in public places".

According to the academic, to solve the privacy dilemma, "citizens should be made aware why and how facial recognition is being used, who will have access to the face database and how will the database be safeguarded".

Moratorium on Facial Recognition Would Have Been More Appropriate

Proponents of the ban argue that while facial recognition systems are good at identifying white people, they have problems with recognising black faces. They refer to Google image recognition software's failure to identify African Americans and classifying them as "gorillas" in 2015, while in 2018 Amazon's Face Recognition falsely matched 28 black congressmen with criminals. For its part, the AI Now Institute cited the case when Uber's facial recognition software repeatedly failed to identify transgender drivers.

Joel Engardio, the vice president of Stop Crime SF, suggested that instead of an outright ban "a moratorium" would have been more appropriate.

"We agree there are problems with facial recognition ID technology and it should not be used today", Engardio noted. "But the technology will improve and it could be a useful tool for public safety when used responsibly and with greater accuracy. We should keep the door open for that possibility. Especially when facial recognition technology can help locate missing children, people with dementia and fight sex trafficking".

© RIA Novosti . Rusalina Dmitriyeva
Apple Sued for $1 Billion After Facial Recognition Wrongly IDs US Man as Thief
The scholar bemoaned the fact that there was not an exemption for large public events that usually draw hundreds of thousands of people. According to him, if potential culprits know that San Francisco isn't using the crucial surveillance technology to keep the city safe, then the city may become "an open target for terrorism".

Meanwhile, The New York Times has dropped a hint that some other American cities may follow San Francisco's suit. According to the media outlet, Brian Hofer, a local privacy activist and the executive director of Secure Justice, who drafted the surveillance ordinance, is pushing for more facial recognition bans in Berkeley and Oakland.