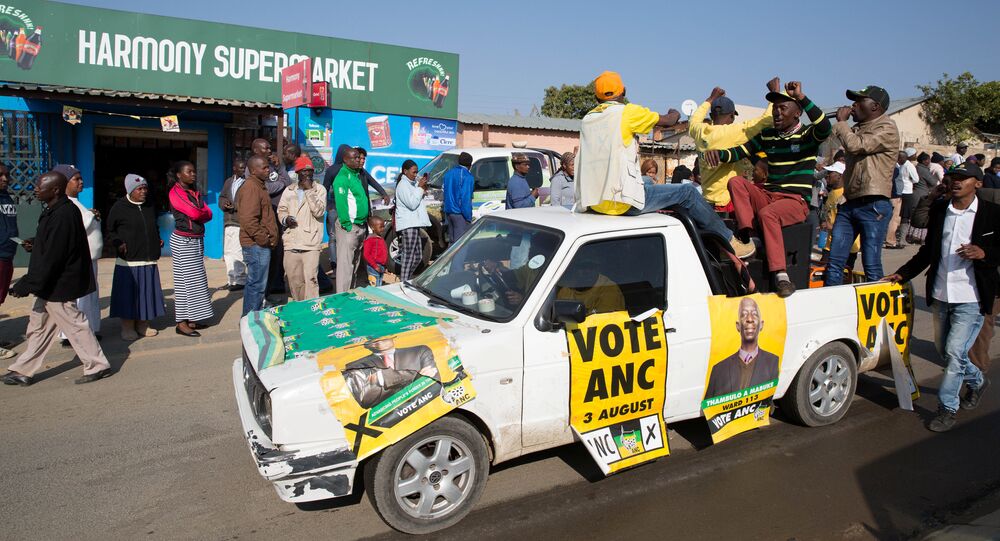 South Africa held a general election on 8 May, in which citizens elected members of the lower chamber of the country's parliament and regional legislatures. The country’s Electoral Commission announced on Saturday that the ruling African National Congress (ANC) Party won the election with 57.51 per cent of the vote.

In a written interview with Sputnik, Amanda Gouws, a politics professor at the University of Stellenbosch, said that voters sent a clear message to the ruling party and the opposition of South Africa.

"They are tired of bad governance and have given both parties a second chance but with lower percentages. The ANC mainly lost support to the EFF and smaller parties and the DA lost support to the right – the Freedom Front+. These parties have 5 years to clean up their act," Amanda Gouws said.

The professor added that the voter turnout was only 65 per cent, much lower than expected. According to her, this represents the "protest vote."

© CC BY 2.0 / Flowcomm / South African flag
S. Africa's Ruling ANC Faces Economy Test Amid Reduced Parliament Majority
The African National Congress (ANC), which has ruled post-apartheid South Africa since 1994, won the latest general election with 57.51 per cent of votes, the country’s Electoral Commission announced on Saturday, after all the ballots were counted. The 2019 election was the worst ever for the party, and incumbent President Cyril Ramaphosa will be looking to reconnect with voters and address pressing matters before the next general election.

General elections are held in South Africa every five years, with the next one scheduled to run in 2024.