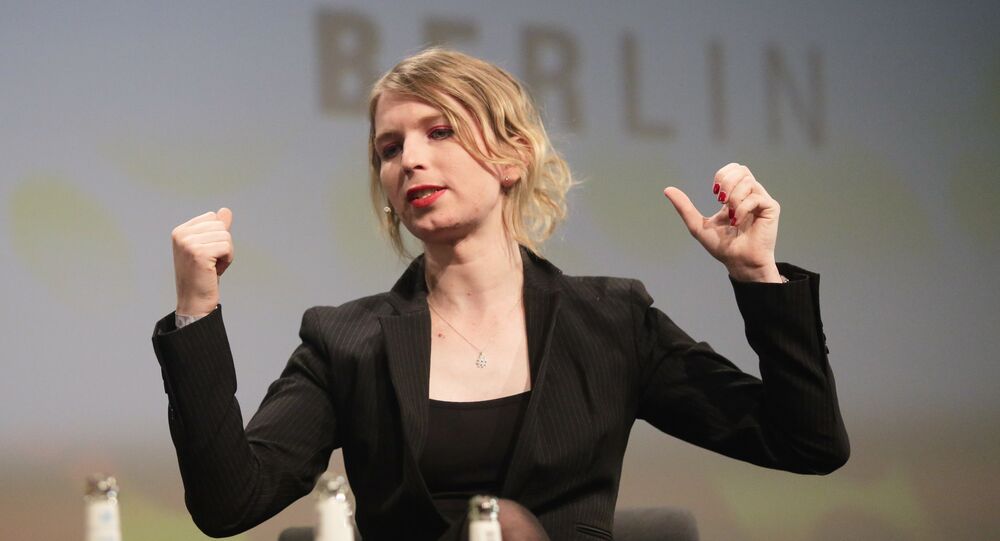 Whistleblower and former US Army analyst Chelsea Manning was released from jail Thursday, ending a 62-day stay for refusal to comply with a grand jury subpoena. However, she’s received another subpoena for next week - but the US could be running out of time if it hopes to get dirt from her with which to charge WikiLeaks founder Julian Assange.

"After two months of confinement, and using every legal mechanism available so far, I can — without any hesitation — state that nothing will convince me to testify before this or any other grand jury for that matter," Manning wrote in a court filing earlier this week, in which she sought her release. Grand juries are allowed to jail a would-be witness if the judge has reason to believe it will convince the witness to cooperate and testify.

According to Manning's legal team, her release was triggered by the expiration of the term of the grand jury that had demanded her testimony. She will be back in court on May 16, trying to convince a new grand jury of what she failed to prove to the last one: that she cannot be forced to cooperate, as she fundamentally disagrees with the concept of a grand jury, which she says use activists' testimonies against them.

"This will go on until they get what they want or she continues to stay in jail," Joe Lauria, editor-in-chief of Consortium News, told Radio Sputnik's Loud and Clear Friday.

"She's in a position where she could delay or slow down what the Justice Department wants to do in terms of a superseding indictment against Assange. Nobody believes that they are going to want to just put him in jail for five years… this initial indictment is a placeholder, and they have a deadline of June 12 to give to British court the charges; the decision has to be made in the UK," Lauria said.

However, there is a way around that, Lauria told hosts Brian Becker and John Kiriakou, called the Doctrine of Specialty, which, according to reference website USLegal.com, is "a principle of international law that is included in most extradition treaties, whereby a person who is extradited to a country to stand trial for certain criminal offenses may be tried only for those offenses and not for any other pre-extradition offenses."

"Once the asylum state extradites an individual to the requesting state under the terms of an extradition treaty, that person can be prosecuted only for crimes specified in the extradition request," the website notes. "This doctrine allows a nation to require the requesting nation to limit prosecution to declared offenses."

"In other words, Assange could come to the US based on this very silly charge that he tried to help Chelsea Manning hack into a computer — when she had top secret clearance and total access anyway — clearly he was trying to just help her hide her identity. But, he could come to the US and they could start adding charges there. I suspect that might happen if she doesn't testify — which she will not do, obviously; she's made that abundantly clear."

"They clearly need something from her, or they wouldn't be throwing her back in jail, effectively, because she refuses to testify," Lauria said. "But she's not going to say a damn thing; she's not going to cooperate, at incredible personal expense to herself, and that just goes to show what a person of principle she is."

"They want a stronger case against Assange, and they want to get something from Chelsea Manning that could help them create that charge… in this conversation they had, a chat conversation online, they are claiming that Assange helped her to get a password, to get into a system, but a classified system that she already had top secret access to. So he was not helping her get information she did not already have the ability to get. What he was trying to do, as you point out, was trying to help her hide her identity as the source" of the subsequent leak, Lauria explained.

However, Manning explained everything about this situation in her 2012-2013 trial for having stolen the documents in the first place, which is why she's so adamantly refused to testify further on it now.

"I don't know what else they could get from her, except to try to trip her up in some way to prove that Assange was involved in the hacking or the stealing of the documents," Lauria said.

Assange was arrested in the Ecuadorian Embassy in London on April 11, when the Ecuadorian government revoked his asylum status. The WikiLeaks founder had been hiding out in the building since June 2012, when he skipped bail associated with a request he testify in a sexual assault investigation in Sweden. The journalist feared his extradition to the US, where the Department of Justice had been investigating him for, among other things, helping Manning to leak hundreds of thousands of US diplomatic cables and US military documents proving Washington had covered up war crimes in Iraq and Afghanistan.

Although Assange was sentenced on May 1 to 50 days in a British jail for skipping bail, he also faces an extradition trial to the US, as he feared would be the case. However, as Lauria pointed out on a previous appearance on Loud and Clear, the DOJ's indictment makes sneaky reference to passages in the Espionage Act of 1917 that make it possible to try journalists for handling and disseminating classified information. The extradition trial is set for June 12, with a preliminary hearing on May 30.