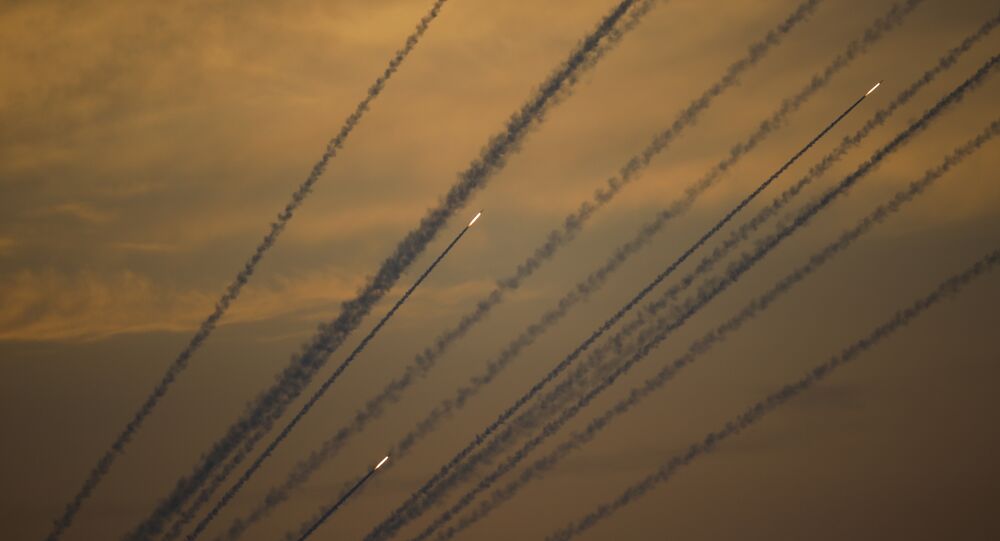 The US mainstream media recently dropped the ball by suggesting that the latest round of bombing the Gaza Strip is suffering under was triggered by actions committed by Hamas, political analyst Mitchell Plitnick told Sputnik.

"If you read the mainstream American media, you would think that what started the latest flare up was Hamas launching rockets and that's where this all began," Plitnick told Radio Sputnik's By Any Means Necessary on Monday, explaining that things came to a boil because Israeli snipers killed two Palestinians participating in the Great March of Return protests.

"The situation in the strip has been such, and the Israeli defense establishment has been warning the political branch about this, saying there's a lot less patience [from Israeli soldiers]… [and that] things are going to flare up."

"And the Netanyahu government ignored that [information]," Plitnick stressed.

​According to the Jerusalem Post, Hamas has fired nearly 700 rockets at Israel since tensions escalated. Of those rockets, an estimated 173 were intercepted. Dozens of Palestinians and four Israelis were killed during weekend strikes by both sides, Al Jazeera reported.

A ceasefire, mediated by officials from Egypt and Qatar, has since been reached. An unidentified official revealed to Al Jazeera that the agreement had been established with the hope that Israel would ease its blockade of the Gaza Strip.

"We are hoping that this will lead to an end to the tragedy against our people and preserve their lives."

Plitnick told hosts Sean Blackmon and Bob Schlehuber that "the irony is that the ceasefire basically restores the status quo."

"It establishes a one-week deadline for the [ceasefire] agreement to be implemented," the analyst explained. "And it was the same agreement that existed before, [that was focused on] easing the border [crossing security], easing the conditions for Gaza fishermen and getting the cash from Qatar into the Gaza Strip."

Bezalel Smotrich, a member of Israel's United Right party, recently took to Twitter, saying that the "round in Gaza should have ended with 700 dead terrorists (one for every rocket) and with massive physical damage to Hamas — so it would take them years to recover."

​Smotrich's remarks are just another example of "chest-pumping" from politicians lacking a say in final military decisions, according to Plitnick, who noted that the chances of such an attack are relatively low.

"I don't think that something like that is necessarily on the immediate horizon, and I don't know that anything quite that big is ever going to happen — certainly not under [Israeli Prime Minister Benjamin] Netanyahu, who doesn't like that sort of action."