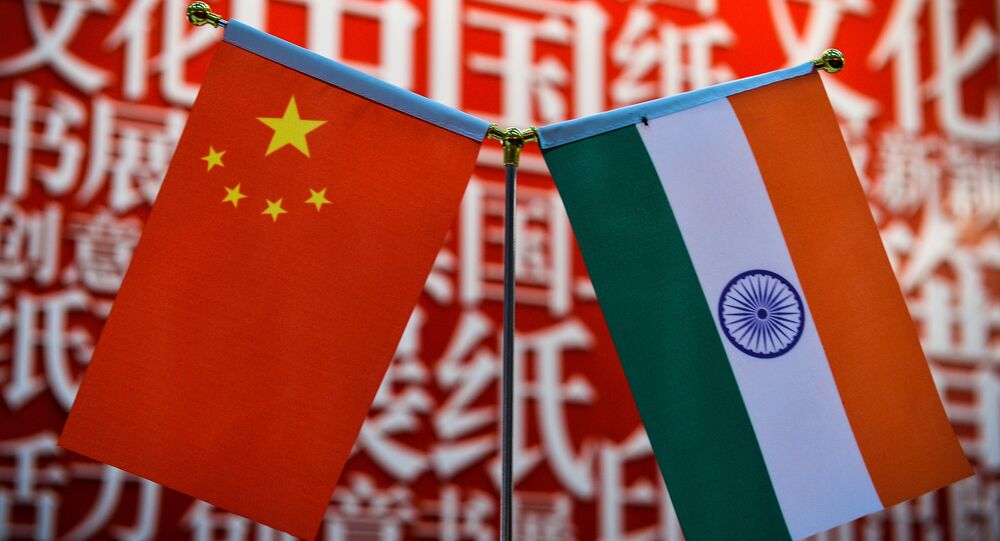 The expiration of US waivers on sanctions targeting Iran and its foreign trade partners ends this Thursday. This will affect India, China, Japan, S. Korea and Turkey. While China is currently the largest purchaser of Iranian crude oil, both India and China have warned that such a step could destabilise the global energy market and the Middle East.

New Delhi (Sputnik): India and China could team up to form an oil buyers' bloc as a counter to the US move to sanction countries that continue to import oil from Iran; this will have a significant impact on the oil trade globally, according to Indian energy analysts.

A recent report published by China's state-run tabloid newspaper Global Times noted that China and India may work towards forming oil buyers' bloc, Delhi-based energy analyst Narendra Taneja told Sputnik: "The important thing is India and China. If they come together and if they speak in one voice; if they negotiate jointly, that will make a huge difference in terms of impact on oil globally."

"This idea (of an India-China bloc) has been around for quite some time; for close to 15 years. But China, South Korea and Japan probably have their own ideas. Japan, in particular, is a developed country. But India and China, are both emerging economies and big importers. So, if they come together, whether to create a formal bloc or an informal bloc, it doesn't matter. India and China can work together on this idea to negotiate with OPEC (the Organisation of the Petroleum Exporting Countries) jointly and put influence (or pressure) on major exporters of oil, such as Saudi Arabia and Iraq. This would, of course, make a difference in terms of prices," Delhi-based energy analyst Narendra Taneja added.

"A commercial enterprise cannot go up against the US government to say that it will continue to buy oil from Iran despite the sanctions. As an oil company, I require access to oil markets all over the world, so it won't be wise for me as a company to say ‘I will do business with Iran, come what may'."

China and India are the world's top two oil importers; both countries have significant purchasing power in the global energy sector.

Both countries reportedly set up their own joint working groups on energy in April.

© AP Photo / Iranian Presidency Office
Iran Warns Using Oil Cuts as Weapon Could Collapse OPEC
Both Taneja and Bhandari distinctly observed that the reported announcement of the creation of alternate oil bloc should not be entirely viewed as a counter to the US move to impose sanctions on countries that continue to import oil from Iran.

"No, this (formation of an oil bloc) has been under discussion between India and China since the Wuhan Summit of last May between the Chinese president and the Indian prime minister. Two companies from India, they had been discussing schemes for the creation of this kind of bloc, formal or informal. It is important to remember this because we don't know yet. Most likely it will be informal. But as long as it has an impact, that matters," Taneja said.

"It is a very positive move and good for the economies of both India and China, as well as other emerging and developing economies. OPEC increasing the price of oil whenever they want is not good for emerging economies like India. India's dependence on imported oil is very high, at close to 80 percent of the supply. Oil pricing is a major factor in India's overall economic well-being," he added.

Bhandari, on the other hand, said "Is there a way to work around the sanctions somehow? Is there a way somehow to continue buying Iranian oil without falling foul of the American sanctions? If that can be worked out, it may be possible for Indian and Chinese companies to continue importing oil. So that would be the question, basically."

© AP Photo / Vahid Salemi
Iran Takes Steam Out of US Sanctions, Boosts Gas Sales to Neighbours
Both the analysts separately concurred that following the US sanctions on Iran, oil exports from the Islamic Republic would be hit economically. However, shipments from Iran were unlikely to fall to zero immediately because of the time it takes to ship the product, anywhere between one and three months.

"When you go for 100 percent sanctions against Iran on oil exports, it does and will have a very negative impact for the economy of India since Iran has traditionally been a major oil supplier. So you need to keep in mind what negative impact it would have on the economies of other friendly countries," Taneja said.

India has expressed its concern that US sanctions on Iran could lead to increased oil prices and inflation to the point where it could hurt ordinary consumers in India. Oil refineries in India are presently calibrated to process Iranian crude, and therefore, adjusting them to process crude from another source could be difficult.

Last month, China's Foreign Ministry had warned that any move by the US to eliminate the waivers would harm not only China's national interests but also destabilise the global energy market and the Middle East region.

The Donald Trump administration announced last week that there would be no waivers on the sanctions imposed on Iran after May 1, ending six months of exceptions to the sanctions. Sanctions were reimposed last year after Washington removed itself from a 2015 international pact with Tehran designed to curb its nuclear programme.

The views and opinions expressed in this article are solely those of the speakers and do not necessarily reflect the position of Sputnik.