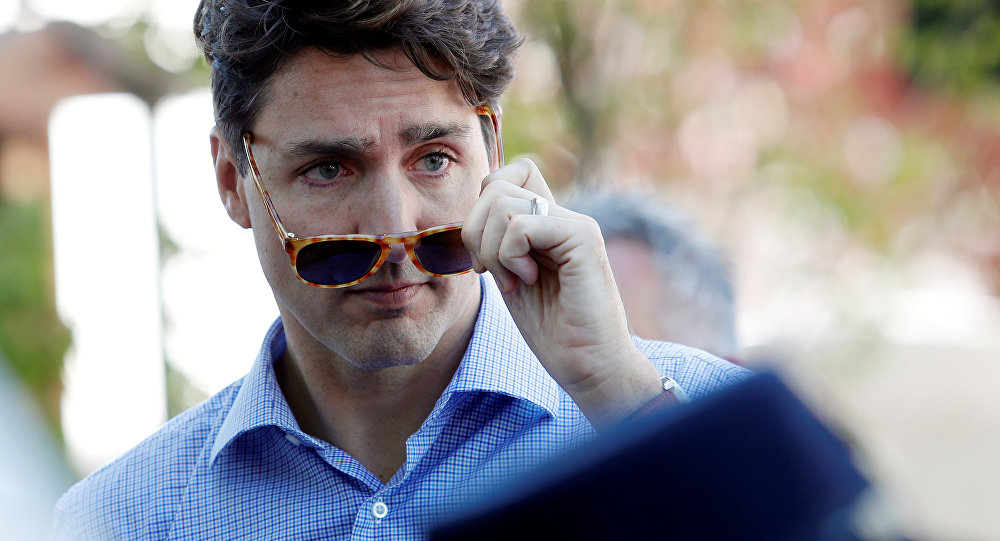 As the flow of migrants crossing the US-Canada border is gaining steam, the Canadian government has proposed a provision to the Budget Implementation Act (Bill C-97) to stem the tide of newcomers. Speaking to Sputnik, scholars explained Ottawa's move and suggested how the migrant issue may affect the balance of power during the upcoming elections.

The Liberal government has proposed a legal change aimed at preventing people who previously made an asylum claim in the US, UK, Australia, or New Zealand from gaining a full refugee status hearing in Canada; however, the latest government initiative is unlikely to fix the situation ahead the October federal elections, according to Rémi Tremblay, the editor of Le Harfang, the magazine of the right-wing group Federation des Quebecois de Souche (Federation of native Quebecers).

"After allowing thousands of illegal immigrants to enter Canada and receive welfare, health care and other handouts — the federal government pays $14,321 per illegal, Trudeau has recently decided to react. But no, we are not to expect a real tighter control of the border, but simply, Trudeau has announced that refugees who had applied in the US would not be deemed as legitimate asylum seekers in Canada. This was stated in an omnibus bill presented on 8 April, but what Trudeau has decided to do is simply to apply the [Canada-United States] Third Safe Country Agreement that Canada did sign", Tremblay told Sputnik, referring to a treaty between Ottawa and Washington to better manage the flow of refugee claimants at the shared border. 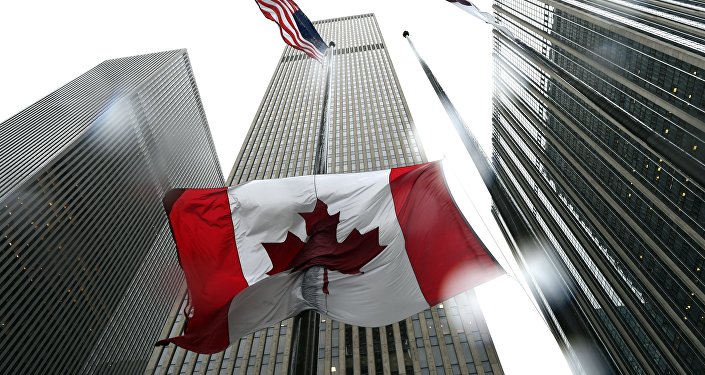 © AFP 2019 / Timothy A. Clary
Canada to Tighten Laws Against Migrants Rejected by US, Other Countries
According to the journalist, "the Canadian border has become the longest undefended border of the world".

"The last numbers I have found are those of January 2019 that state that during that month, 888 illegals were intercepted at the border", he noted. "Last year, the number was of 19,411, as compared to 20,593 in 2017. So considering that January has been a rather cold month, we can estimate that there is no substantial decrease in the number of illegal crossings, although those are fractional numbers".

Emanuel Montenegrino, a lawyer as well as president and CEO of Think Sharp Inc., pointed out that Canada used to have "a wonderful robust immigration system that's been going on for a long time and continued by the past Conservative government", adding that "it's now broken under the current Liberal government".

For her part, Christine Douglass Williams, a journalist and author of "Fired by the Canadian Government for Criticizing Islam: Multicultural Canada", highlighted that the country's mainstream media remain largely silent on the migrant issue.

"Since Canada signed on to the UN Migration Pact, there has not been a follow-up about it in the media. And concerning the issue of illegal immigrants crossing the border on foot, that issue has died down since last fall", she underscored.

'Safety of Canadians Irrelevant for Trudeau'

"On issues of terrorism… there is deep concern about Trudeau's soft stance on jihadists", said Williams. "He welcomed ISIS [Daesh]* fighters saying that they can be 'a powerful voice for de-radicalisation' and his government discarded the previous government's law that stripped terrorists of Canadian citizenship if they held dual citizenship". 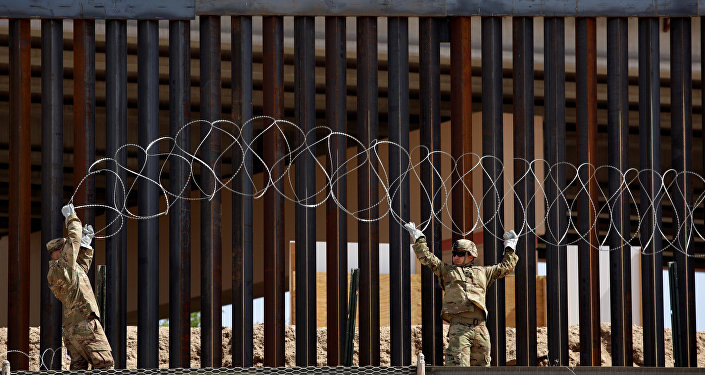 © REUTERS / Jose Luis Gonzalez
Trump Orders to Toughen Migrant Shelter System, Add Soldiers on Mexico Border
Tremblay also sounded the alarm on the jihadi threat: "The government has proven that its priority is not the safety and security of Canadians, but the respect of the jihadis' 'rights'", he said.

According to the journalist, while the Canadian prime minister did admit that jihadists posed a threat to the country's security, he, at the same time, "wants them reintegrated into society".

"We must keep in mind that for many, they left Canada in order to fight for the Islamic State [Daesh]* and came back with military training and combat experience. The prime minister said that those who had committed crimes abroad would be prosecuted, but we are yet to see them face justice. The government knows exactly who left to fight for the Islamic State*, but refuses to revoke their citizenship, as it was a right and not a privilege", he underscored, suggesting that "the safety of Canadians is totally irrelevant for Trudeau".

Meanwhile the immigration issue is likely to take on a new significance ahead of the country's federal elections scheduled for 21 October 2019.

While the Liberal Party of Canada is expected to try to retain the majority that it won in 2015, the Conservative Party may score electoral points by adopting a tough stance on illegal immigration, according to Tremblay.

"Of course, immigration will help the Conservatives and can probably be credited for the many gains in provincial elections. The great majority of Canadians have been outraged by the way the government has handled the illegal immigration crisis at the border. The fact that thousands of illegal immigrants were welcomed in Canada where they could receive all the benefits usually reserved to law-abiding citizens made many people react", he said.

© REUTERS / Jose Luis Gonzalez
Ads Encouraging Central America Migrants to Obtain 'American Dream' – Border Agent
According to Montenegrino, if the Conservatives win, they will do what "the Conservative Party of the past did, and that is to have a robust immigration system".

"I expect the numbers to increase", he noted. "Under this government, the numbers are increasing by 40 percent. Canada has the largest and the most robust immigration, approximately 1 percent of its population, more than any other country, and to increase it by about 40 percent could be a disaster".