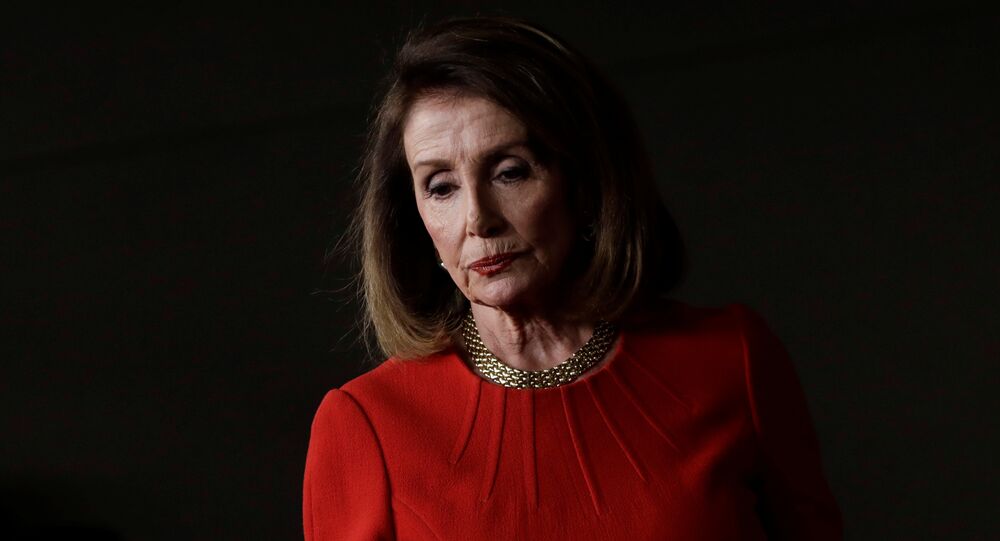 Special Counsel Robert Mueller’s probe into alleged Russian meddling in the 2016 US presidential election did not find any evidence that President Donald Trump or his campaign colluded with Russian operatives.

Michael Springmann, author and former diplomat from Washington, DC, described US House Speaker Nancy Pelosi’s recent remarks on Brexit as nothing but “a way of diverting attention from the disastrous Mueller report”.

“She and the rest of the Democrats had expected that Hillary Clinton and their view of [US President] Donald Trump being given the presidency by interference from Russia didn’t come to pass, as it’s nowhere proved in the 300 or 400-page document. So, they are looking for something else to get people’s attention and, unfortunately, the American public has about the attention span of a net. So, I think that’s the basics of it”, Springmann claimed.

Springmann also blamed Pelosi for being overwhelmed with “a will-to-power and a tremendous amount of arrogance” and for “directly interfering into the internal affairs of a foreign country”.

“I think there’re a lot of things involved besides her arrogance and her will-to-power; it’s more an attempt to oppose Trump than to improve American-British commercial relations”, Springmann added.

His comments come after Pelosi argued last week that there will be no chance of clinching a US-UK trade deal if Brexit “jeopardises” the 1998 peace accord between Ireland and Northern Ireland.

“We must ensure that nothing happens in the Brexit discussions that imperils the Good Friday accord, including but not limited to the seamless border between the Irish Republic and Northern Ireland,” Pelosi told the Irish MPs, adding that “if the Brexit deal undermines the accord, there will be no chance of a US-UK  agreement”.

© AP Photo / Pool Photo
Bolton Says Trump Eager for US-UK Post-Brexit Trade Deal - Reports
The UK's withdrawal from the EU may lead to a return of a hard border between the Republic of Ireland and Northern Ireland in potential violation of the 1998 Good Friday Agreement, which specifically stipulates that no physical border should exist between the two sides.

British Prime Minister Theresa May has repeatedly reiterated London's push to stop the formation of a hard border between Northern Ireland and the Republic of Ireland after Brexit.