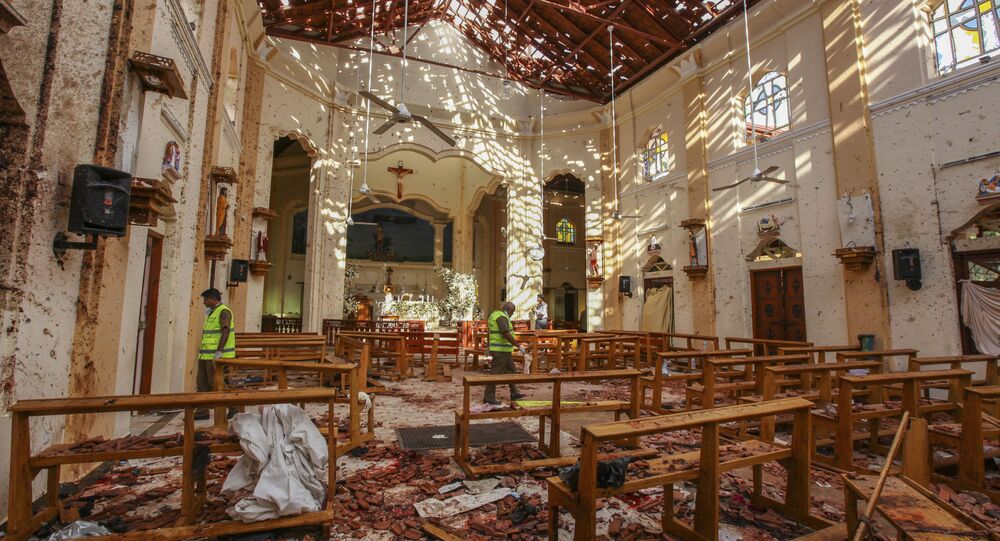 The deadly attacks in Colombo, Sri Lanka, over the weekend are raising concerns among locals about the Sri Lankan government's ability to manage its threat assessments, Bhavani Fonseka, a human rights attorney and senior researcher for prominent think tank Center for Policy Alternatives, told Sputnik.

"There's many questions as to the lapse in security within the [Sri Lankan] government structure," Fonseka told Radio Sputnik's Loud & Clear on Tuesday. "Many questions in terms of why this happened and why precautions were not taken when intelligence reports indicated there were threats."

"For nearly a decade we did not see this kind of violence, and what happened on Sunday has really shaken the entire country and all of the communities… The scale and the nature of it was unprecedented. This is something that has left many questioning what is happening," she added.

​Multiple deadly bombings on Easter Sunday claimed the lives of more than 300 people in Sri Lankan churches and hotels in Colombo, the country's capital.

Daesh has taken responsibility for the attacks, claiming that the bombings were carried out by fighters associated with the group. Sri Lankan officials have indicated that members of the local Islamist group known as the National Thowheeth Jama'ath are responsible.

Dozens of individuals have been arrested in connection with the attack so far, and investigators think the violence might have been retaliation for the massacre of dozens of Muslim worshippers in New Zealand earlier this year.

Fonseka told host John Kiriakou that over the last couple of days it's "been extremely surreal" and that "there's going to be growing anger… because the inclination was there and not acted upon" by officials.

The researcher recalled recent reports of attacks on mosques and Muslim-owned shops in Sri Lanka since the weekend massacre, noting that the bombing was "unprecedented."

"[The] situation on the ground is very, very uncertain at the moment," she said. "There are genuine fears that things could escalate if certain measures are not put in place immediately."