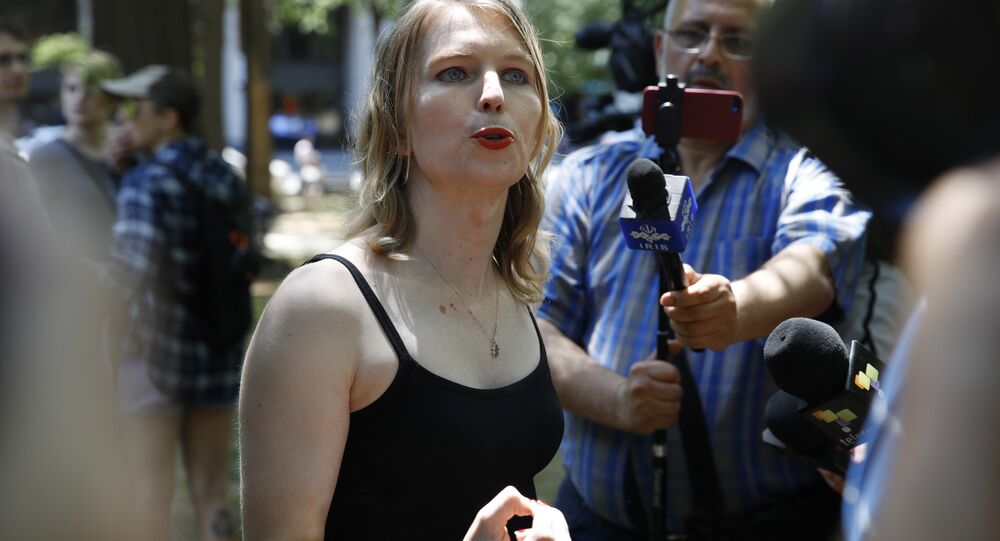 The unjustified denial of Chelsea Manning's recent request to be released on bail shows that US prosecutors have no solid evidence against WikiLeaks founder Julian Assange, and have resorted to trying to squeeze damning information out Manning, Kevin Zeese, co-coordinator with Popular Resistance, told Sputnik.

"I have to give applause to Chelsea for standing up the way she has," Zeese told Radio Sputnik's By Any Means Necessary on Monday. "[US prosecutors] are looking forward to put more charges against Julian Assange, and they need Chelsea Manning's testimony to do that."

"They are desperate to prosecute Julian Assange… It shows that they don't have the evidence against Assange. They desperately need Chelsea Manning in order to even come up with an indictment," he added.

https://www.spreaker.com/user/radiosputnik/chelsea-manning-loses-appeal-remains-in-
Manning on Monday saw the Fourth Circuit of Appeals reject her request to be released from jail on bail. She has been held at the Alexandria Detention Center since March 8, 2019 after she was found in civil contempt of court for refusing to fulfill an order to testify before a grand jury about Assange and WikiLeaks. The court has ordered Manning be held until either the grand jury wraps up or she decides to testify.

In a statement following the development, Manning indicated that while she was disappointed, there are other measures, such as appealing to the entire panel of Fourth Circuit judges, that she plans to try.

"We can still raise issues as the government continues to abuse the grand jury process. I don't have anything to contribute to this, or any other grand jury," she said. "While I miss home, they can continue to hold me in jail, with all the harmful consequences that brings. I will not give up."

On the same day that Assange was arrested at the Ecuadorian embassy in London earlier this month, US prosecutors unsealed a criminal case against the journalist, alleging that he helped Manning steal classified files from a US government database. Should Assange be found guilty, he could face up to five years in a US prison.

Zeese told hosts Eugene Puryear and Sean Blackmon that "if you read that indictment, there's not a prima facie case that Assange is guilty of anything other than journalism."

"[Manning's bail denial] is an indication that the grand jury continues, Assange is at risk and that Chelsea Manning is doing heroic work once again for transparency and public information," he continued.

Manning in 2010 was sentenced to 35 years in prison for leaking thousands of military intelligence records, including the infamous "Collateral Murder" video, to WikiLeaks. She spent seven years behind bars before former US President Barack Obama, as one of his last presidential acts, commuted her sentence in January 2017. Manning was released that May.