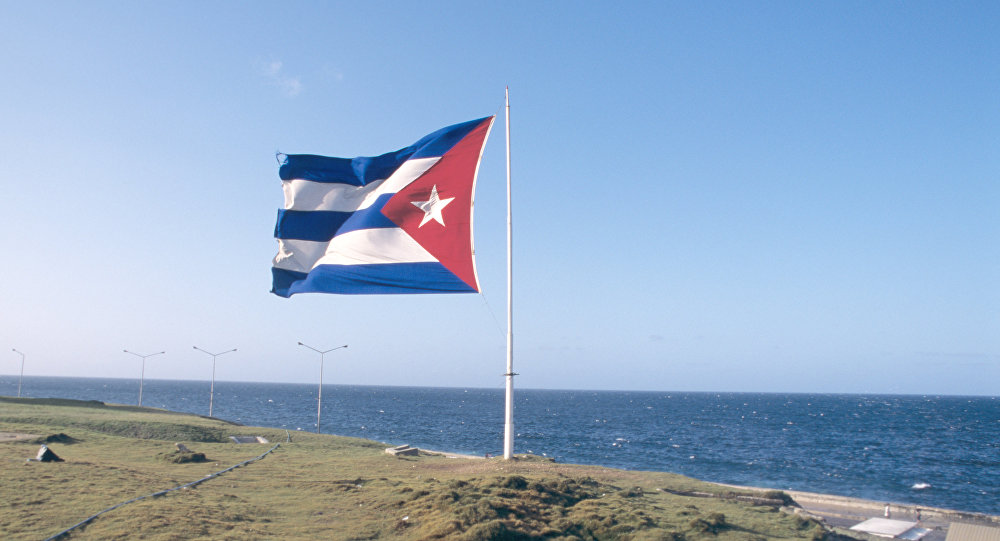 Cuba enacted its new constitution last week that recognizes the role of the free market, raising the hope that the communist government will open up the country's economy to foreign businesses and investment.

Sputnik: How different is the new constitution of Cuba?

Ted Henken: The best way to describe the constitution is it is one of continuity with the past instead of breaking with the past, however, it does attempt to make some significant modernizations, you can say concessions.

© REUTERS / Jim Young/Pool
Pompeo Warns Cuba Against Supporting Maduro, Vows 'Same Conversation' With Russia - Reports
The most important one probably is the recognition of a limited legal role for the market for private ownership and even some private enterprises for investment.

There were other small changes and there was an even significant attempted change, that was removed eventually, that had to do with the legalization of the same-sex marriage that was not legalized in the constitution, but could possibly be legalized in future legislation under the constitution.

Sputnik: The principal law recognizes the limited role of the free market, private ownership and foreign investment, why is this?

Ted Henken: Well I think this has to do with simple recognition of reality on the part of the Cuban government. Both Raul Castro between 2008 and 2018 and now Miguel Diaz-Canel, the new president, have gradually recognized realities that have existed and even in some ways made legal allowances for those realities.

However, the investment that has taken place is far lower than what the government has said that it needs, so perhaps, the a (new) constitution is a way to try and send a signal abroad to say: "Please come and invest with us and do business and partnership with our state-run companies."

Sputnik: How much in your opinion has the US pressure factored in here? 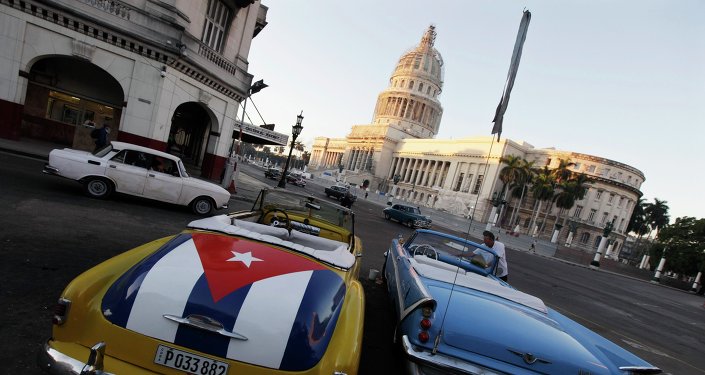 © REUTERS / Enrique De La Osa
Havana Slams US Threat to Take Action Against Cuba Over Venezuela as 'Blackmail'
Ted Henken: I would say kind of expectedly, even if somewhat ironically, the US pressure is present by its absence. I don't think anything that the Cuban government is doing in the constitution is a result of the US pressure, but I would say some things might be in reaction against US pressure, so in the constitution, some people had hopes that maybe it would go further, that it would be more of a radical recognition, desired changes to open up the closed political system, allow competitive multiparty elections, say more about the right of access to information, and even remove the standard message that the Cuban government is and always will be socialist.

I think the fact that none of that happened was probably in part a nationalist proactive reaction against US pressure, especially since that pressure has ramped up under the last two years of the Trump administration, especially since Trump seems to be following the lead of his former primary rival Marco Rubio, who is a Cuban-American senator from Florida, and allowed Marco Rubio to call the shots in terms of reinforcing the hardline policy towards Cuba, which has justified the Cuban government in reacting and reinforcing its own hardline at home.

So that's why the president always talks about how the constitution is one of continuity with the past as established under Fidel Castro.

Sputnik: Before stepping down Fidel Castro warned of darker days ahead of Cuba. How justified is his prognosis?

Ted Henken: I think that he was inadvertently accurate, he was probably referring mostly to the darker days in terms of Cuba's international relations. Cuba's big problem, however, is not the United States, or its international relations, or the failure to attract foreign investments, it's in its inability to reform its economic model, to make it more productive, to make it more efficient, to offer people greater incentives, higher salaries.

So Cuba is on the brink of entering into a new major economic recession especially given the darker days that are happening in Venezuela, and that is certainly negatively affecting the Cuban economy, because Venezuela, after the collapse of the Soviet Union, eight years later or so, Venezuela became Cuba's main port, economically and politically, not just in the region, but in the world, and Fidel may have inadvertently predicted the darker days happening after the death of Chavez, and now with the crisis going on in the government of Nicolas Maduro in Venezuela.

Sputnik: Mike Pence has warned of the new action against Cuba and in response to what it calls "Havana's blind influence in Venezuela", what do you make of such accusation?

Ted Henken: Well I think I should first say that virtually anything that comes out of the US administration these days in terms of foreign policy must be taken with a lot of skepticism. 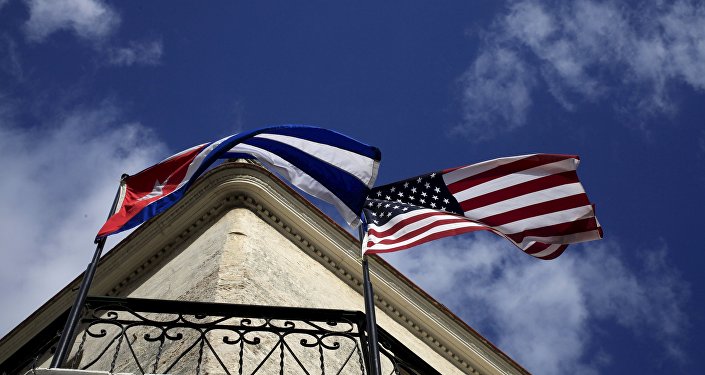 © REUTERS / Enrique De La Osa
Cuba Preparing Defence, Strengthening Economy in Face of Renewed US Hostility - Castro
There's a lot of foreign policy directed towards Venezuela and Cuba, and this is nothing new, but it has certainly been re-emphasized under Trump, it is really more about losing domestic constituencies in Florida then about really making policy that is consistent or helpful in the region. Now I would agree that at least in part Havana's influence in Venezuela has had a malign side to it. But it's also been welcomed by, perhaps, millions of Venezuelans, especially in terms of the access to healthcare in the poor regions of the cities, the missions that the Cuban doctors run very proudly and very successfully.

However, there's certainly been a malign side to it given claims, quite credible claims that some of these doctors have been used in political campaigns to pressure people to vote one way or the other, that's to say nothing about, perhaps, malign influences having to do with military or security comes from Cuba and really teaches Venezuela some of the dirty tricks in terms of the secret police, monitoring of the opposition.

I would say that when it comes out of the administration of the United States I would be very skeptical and I would question those pronouncements, that's not to say that the pronouncements might have some basis, in fact, so I would say you need to find a better source than the US administration, because the US administration has ulterior interests, it has shown itself that it doesn't truly care consistently about democracy and human rights around the world, it likes to pick and choose which battles to fight based on other interests that don't have much to do with human rights or democracy.