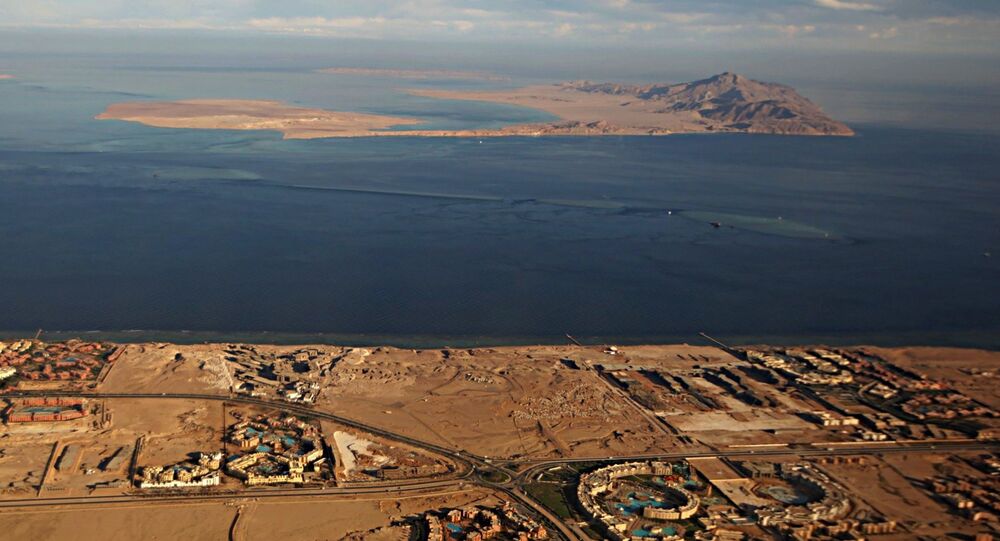 'Rumour Has It, Palestinians Will Live in Egyptian Sinai' - Israeli Scholar

On Sunday, Netanyahu said he will annex Jewish settlements in the occupied West Bank if he is re-elected. The settlements are considered illegal under international law, though Israel disputes this. Last month the US recognised the occupied Golan Heights, seized from Syria in 1967, as Israeli territory. The local Druze Arab community has opposed the move.

© AP Photo / Oded Balilty
Netanyahu Plans to Form 'Greater Israel', Threatens Palestine - Democratic Front
Israel has settled about 400,000 Jews in West Bank settlements, with another 200,000 living in East Jerusalem. There are about 2.5 million Palestinians living in the West Bank. Palestinians want to establish a state in the occupied West Bank, East Jerusalem, and the Gaza Strip. They say the presence of settlements makes a future independent state impossible.

Radio Sputnik has discussed the election in Israel with Edy Cohen, a research fellow at Bar-Ilan University in Israel.

Sputnik: It was reported that there was a relatively low Arab turnout. What can you say about the reasons for that and how did that if at all impact the results of the elections?

Edy Cohen: The impact is that the Jewish parliament will be bigger than the Arab. You ask about the reasons. The reasons, everyone knows why, because the MPs, the Arab parliamentarians they always, always take care of the Palestinian cause. They always go to Ramallah; they always meet with Mr Mahmoud Abbas but most of them don't care about the Arab citizens, Muslims who voted for them, for the infrastructure of the cities, jobs. They always care about the Palestinian cause, day and night, day and night, with the Qataris, with the Saudis. They don't care about their citizens. And the citizens now, they understood that they must boycott this election for the next time.

READ MORE: Bibi or Gantz Will Win in Israel, Either Way Palestinians Lose

Sputnik: And so are we going to see a lesser amount of Arab representation, is that correct?

Sputnik: Although Likud bloc has actually gained 5 seats over the last elections, some reports also say that there were some supporters that are apathetic during this election. Do you think that was the case? And what could have really sparked that feeling of apathy going into these elections?

© Sputnik / Ahmed Abed
Saturday's Gaza Clashes Killed 5 Palestinian Protesters - Health Authorities
Edy Cohen: Israeli society is changing. We live in an area where everything is changing. The Israeli public is becoming more right. The right-wing won. The Arabs didn't vote. They boycotted the elections. So, they lost three seats. Those three seats went to the right-wing. So this is a change that is occurring here these days.

Sputnik: What do you think another right-wing government is going to mean for Israel and its future, and its future relations with neighbours?

Edy Cohen: It depends if the government that he will form, Prime Minister Netanyahu, will be stable. The ex-government was not stable. We saw that Avigdor Lieberman left the government. So it was not so stable. Now if he got a good coalition like 65 minimum 64 members, he can take decisions about the neighbours but we are all, all the Israelis are looking about the Trump deal. So now after the election, we will all know what the president of the United States is hiding behind the peace process initiative, the "deal of the century".

Facebook Screenshot; Palestine News Network
IDF Forces Palestinian Family to Demolish Their Own West Bank Home (VIDEO)
Sputnik: To what extent do you think that Netanyahu knows what Trump has in store? Do you think that they… I mean they have obviously probably discussed this. Do you think that whatever Trump is going to put on the table is going to be supported by Netanyahu because it was agreed upon in the past?

Edy Cohen: Yes, I think Netanyahu and Trump are very close friends and Israel will agree. And everything was done with cooperation and in collaboration with Netanyahu. Yes, of course, I agree with you.

Sputnik: Well, Russia and Israel are also on good terms in general but they do have some points where they have disagreements on some important issues such as Syria and the Golan Heights and Jerusalem. What are your thoughts on how the rest of the world is going to accept what Donald Trump and Netanyahu have seemingly planned as the "deal of the century"?

Edy Cohen: Well, it depends on what is planning Mr Trump. What about Gaza? Gaza is a problem for Israel, for the Middle East, for the entire world. Maybe he has a plan for Gaza, he has a plan for Ramallah. We don't know. I don't know. We hear in Israel many rumours about this "plan of the century" but no clear points. We cannot know everything.

Sputnik: Is it perceived that it is Donald Trump who is able to have come up with this kind of plan? I mean along with his son-in-law and Netanyahu obviously involved in the process, but is it really perceived that it is Donald Trump who, after all of these decades of unrest and conflict, will be able to create a solution to the situation in Israel and in the Middle East overall?

Edy Cohen: We hope so. We hope. The Israelis want peace, we don't love wars. We don't want instability. But we want a solution.

Views and opinions, expressed in the article are those of Edy Cohen and do not necessarily reflect those of Sputnik.