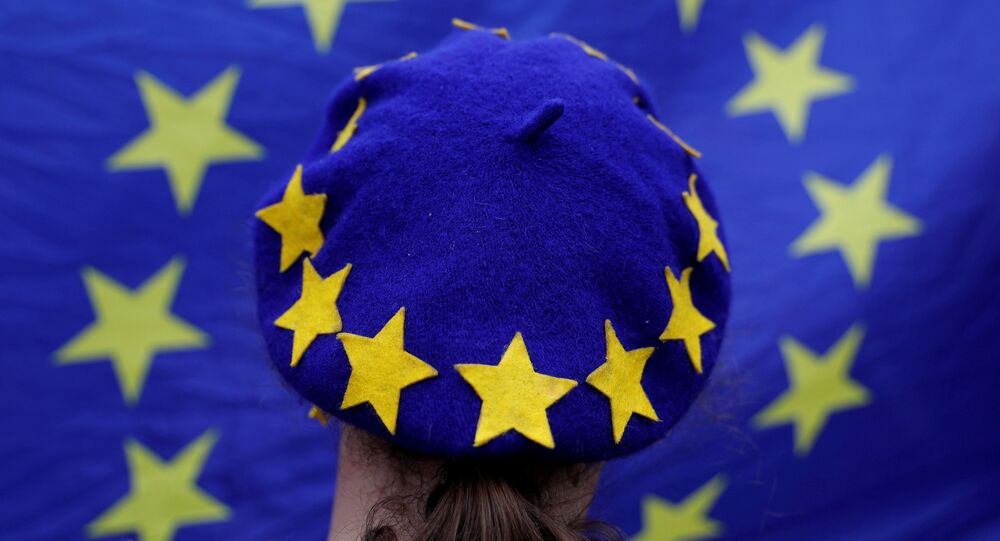 Theresa May has successfully convinced her EU counterparts to delay Brexit until October at the latest, but could this decision by Brussels come back to bite them where it hurts?

Sputnik: Will the further Brexit delay be benefitical to either the UK or EU?

Nate Rydings: I'm not surprised by the delay. As soon as we got Brexit I knew for a fact that the Conservative Party would try and either revoke it or delay it, and this is what's been going on for the past two and a half years nearly three years.

I don't see it benefitting anyone; it could have been such a simple process, repealing the European Communities Act, leaving on WTO terms and having a decent relationship between the UK and the rest of Europe, but it's drawn out, it's complicated and remainers are getting sick of it, leavers are getting sick of it, so I can't see it benefitting anyone other than Theresa May.

© AP Photo / Geert Vanden Wijngaert
Tusk: UK Can Reconsider Strategy, Revoke Art. 50 Until End of Brexit Extension
It was only a day or two days ago that she sat on the sofa and she recorded herself saying it's either her deal, or no Brexit.

We've got the House of Commons now saying we need to rule out no deal. I hate the term no deal, it is a WTO Brexit, so honestly; I think with this remainer government, with the remainer parliament, and the remainer Prime Minister, we will never get a true Brexit.

Nate Rydings: I don't think it's going to be over for a long time now, especially with what's going on, but I think that democracy is slowly dying in the UK.

© REUTERS / Dado Ruvic/Illustration
EU Agrees to Delay Brexit Until Oct. 31, Review in June - Report
You've got so many people who turned out to vote for the referendum, and the only reason they turned out; and these were first time voters who were in their thirties, forties and fifties, and they turned out because they knew the vote actually meant something, but now they're not getting what they voted for.

They are feeling absolutely betrayed, and this is going for seventeen point four million people. Politicians all across the political spectrum will need to really try hard to earn the trust of the public again after this.

The views expressed in this article are solely those of Nate Rydings and do not necessarily reflect the official position of Sputnik.