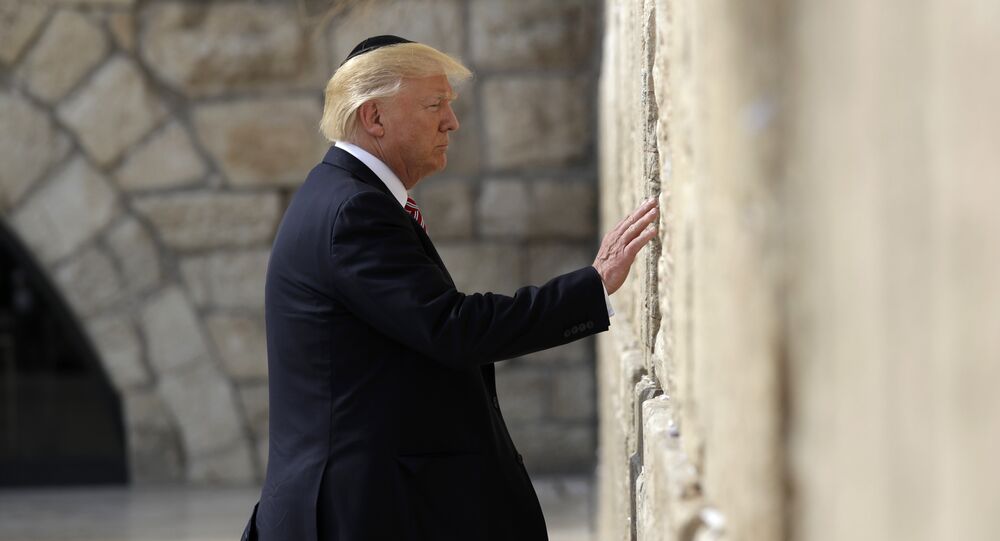 Steven Windmueller, PhD professor emeritus at the Hebrew Union College-Jewish Institute of Religion in Los Angeles, spoke with Sputnik about voting patterns among American Jews, as well as the influence of lobbying groups such as AIPAC amid anti-Semitic scandals, involving the Democratic party.

Sputnik: Since 1948 more Jews have voted for Democrat candidates than Republicans despite the fact that during this 70-year period both parties have gone through transformation. Would you call the Jewish voting bloc one of the most stable in US politics?

Steven Windmueller: Voting patterns among groups within the United States actually do not generally radically change! In fact, Jewish support for the Democratic Party dates back to the 1930s and probably even earlier, depending on the specific campaigns. The degree of Jewish support for the Democratic Party, however, has varied, meaning that Jewish voters have on specific occasions, as with other voting groups, reflected different interests and choices. For example, President Ronald Reagan received nearly 40% of the Jewish vote in 1980. Part of this shift was a reaction on the part of Jewish voters to the failed policies of President Jimmy Carter (1976-1980).

As with others, Jewish voting patterns are quite consistent.

Sputnik: During his first three years as president, Donald Trump established special relations with Benjamin Netanyahu. During this time, the US moved its embassy to Jerusalem and recognised the Golan Heights as part of Israel. How significantly have these steps affected Jewish voters in US?

Steven Windmueller: For those Jewish voters and for some Evangelical Christians who view US-Israel relations as a central issue in determining their political support, Donald Trump has delivered for them!

© AP Photo / Sebastian Scheiner
Netanyahu to Benefit From Trump's Golans Move, Not Clear How Much – Scholar
Many Jewish voters, as with Americans in general, have a broad list of political interests and concerns! Most polling data suggests that Jews care about issues such as medical care and health, the Supreme Court, education, immigration and the environment, in addition to Israel and other security/national affairs matters. For the most part, Jews are a multi-issue constituency and their voting patterns reflect this characteristic. In 2016, Jewish Americans supported Hilary Clinton (71%) to Donald Trump (24%). These numbers serve to confirm the continued presence of Jews within the Democratic Party.

Jews vote in extremely high numbers; we believe that 85% of eligible Jewish voters participate! That represents the highest involvement by any ethnic or religious community in this nation.

Finally, Jews are active in the political process, including being major funders of candidates and causes of interest to them.

Sputnik: How do you explain such different ideological attitudes among Jews in Israel (where the younger generation is more conservative than the older generation) and in the US where Jewish groups are well-known for their liberal values?

© AP Photo / Oded Balilty
LIVE UPDATES: Right-Wing Bloc Gets 65 Seats in Israeli Parliament With Over 97% Votes Counted
“American exceptionalism” is a powerful and distinctive feature as part of the American Jewish story. Such ideas as a society without any history of state-sponsored anti-Semitism, a commitment to separate religion from state, and the existence of such legal guarantees as freedom of religion (First Amendment) and no religious tests associated with seeking public office (article 6 of the US Constitution) provided a framework that allowed Jews to participate on an equal basis in this society. Also, American Judaism provides another important influence on political behaviour. Here Jewish values and Jewish history impact how Jews view and understand their interests; and finally, specific generational behaviour impact and shape the thinking of a specific age cohort, as voters often emulate their peers and the cultural factors that define specific constituencies.

Contrastingly, Israeli political behaviour is shaped by other factors distinctive to their history and experience, thereby accounting for the clear differences in orientation and in political behaviour! Jews outside of the United States tend to be more conservative. Even in this country, first generation Russian Jews now living in the United States, as an example, tend to be more conservative than other American Jewish voters. The Americanisation process itself seems to impact over time how the children and grandchildren of immigrants redefine their parents and grandparents’ perception of America.

Sputnik: How effective and connected are big Jewish pressure and lobbying groups such as AIPAC or RJC?

© AP Photo / Manuel Balce Ceneta
Ex-UK Envoy: Trump's IRGC Move ‘Transparent' Ploy to Help Netanyahu Win Election
Steven Windmueller: AIPAC is indeed an effective pro-Israel organisation, with a significant constituency, holding major credibility with many members of the Congress. It has a clear agenda combined with an impressive organising strategy. AIPAC has a 501 (C)(4) tax status, permitting it to lobby.

RJC has a particular focus, namely to educate and engage Jewish voters on behalf of the Republican Party and to keep Republican leaders informed about the interests and priorities of the Jewish community. The mission of the RJC includes:

Both of these organisations are important and demonstrate how very involved and active Jewish Americans are with the political process.

The Jewish community has multiple institutional voices, reflecting the diversity of Jewish interests and approaches. Just as RJC reflects the Republican Jewish voice, the Jewish Democratic Council of America speaks to the interests of Jewish Democrats.  J Street offers a countervailing perspective on Israel, as it differs with AIPAC over policy issues surrounding the US-Israel relationship.

The same pattern, namely the presence of competing institutions, exists in connection with other specific political issues involving the Jewish community.

Sputnik: Last year we witnessed several anti-Semitic scandals which involved politicians from the Democratic Party. Have these scandals affected support for the Dems among Jewish voters?

Steven Windmueller: The question itself is somewhat problematic. The major anti-Semitism in this country in recent years came from the alt-Right. The violence directed against Jews as seen in Pittsburgh in October of 2018 and the threats present in Charlottesville in August 2017 were not generated from the Democratic Party. These threats and the violence directed against Jews is very alarming.

© REUTERS / Gali Tibbon/Pool
Netanyahu Slams Watchdog Report of Fake Account Network Spreading Likud Propaganda
You use the term “scandals”, and I am not certain what you are actually referencing.  Several newly elected Democratic Party House of Representative members have offered some hostile statements about Israel and American Jewish support for Israel. The views of these lawmakers are being challenged by Democratic Party leaders, the Jewish community and others. There is no indication at this time that Jewish voters are or will be leaving the Democratic Party.

American Jews are concerned about all forms of anti-Israel and anti-Semitic expressions and actions. Many Jews see the rise in political hate messaging in this country, whether directed against Jews, Muslims or others, as very problematic to the welfare of our society.

The larger issues here involve efforts to destabilise American pluralism, the institutions of democracy, and trust in leaders which can lead to the undermining of the core values of this society.  Some of these threats are indeed internal, yet others are being directed from outside of this nation. In all cases, the overall welfare of a thriving and healthy democracy is critical Jewish and American interests.