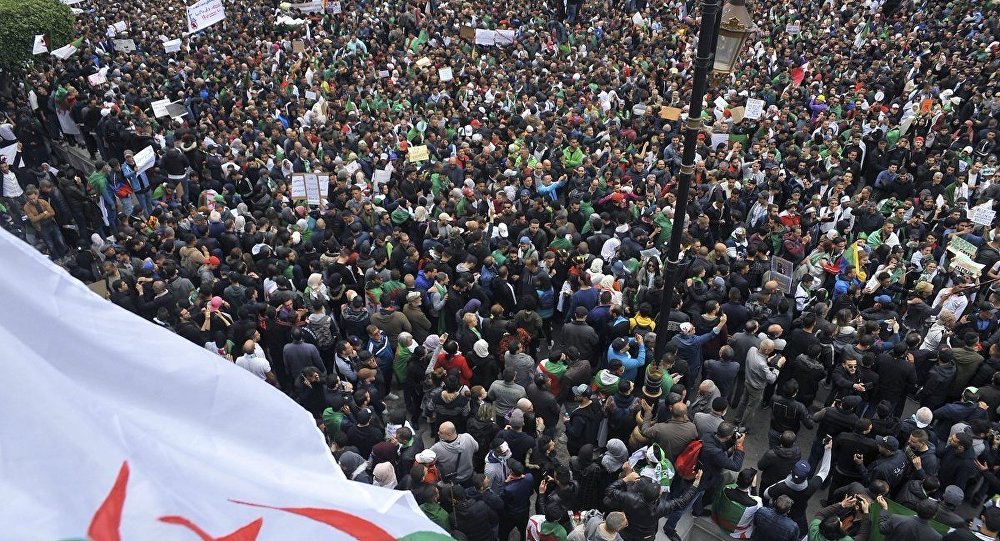 Algeria's parliament is set to meet on Tuesday to name an interim successor to President Abdelaziz Bouteflika, after weeks of protests pushed the 82-year-old leader from power. Sputnik spoke to Algerian journalist Khaled Drareni about what the future holds.

The ailing President Bouteflika finally stepped down on Tuesday, 2 April, after 20 years in power and is set to fly to Switzerland for medical treatment.

Algeria's constitution stipulates that the speaker of the upper house of parliament,  Abdelkader Bensalah, 77, should take the presidential reins for up to 90 days, during which a presidential election must be organised.

Khaled Drareni, an Algerian journalist and the founder of the Casbah Tribune, said he believed Bouteflika wanted to die as president.

"As soon as he came to power in 1999 his goal was to take revenge on those who prevented him becoming president in 1978, after the death of (President Houari) Boumédiène and so for him it was necessary to stay in power the maximum amount of time and he succeeded because he broke the record of all the former presidents with 20 years in power," Mr Drareni told Sputnik.

Algerians took to the streets again on Friday, 5 April, in a continued push for sweeping reform and targeted what they dub the "3B" — Bensalah, Prime Minister Noureddine Bedoui and head of the constitution council Tayeb Belaiz.

"Now they are looking for the best scenario to be able to ensure an acceptable transition, but for the moment Algerians are reluctant to a constitutional succession because it would make the president of the Senate (Bensalah) the acting president, and he is a very unpopular man, so for the moment there are a lot of questions and a big wait," Mr Drareni told Sputnik.

The protesters want Bensalah, Bedoui and Belaiz to follow Bouteflika's lead and resign.

They also want transitional institutions to be set up to implement reforms and guarantee free elections.

The popular discontent in Algeria is being compared by many to the Arab Spring, which began in 2011 and led to the downfall of the long-time leaders of Tunisia, Egypt and Libya and to the Syrian civil war.

There are also ongoing protests in Sudan, where demonstrators are demanding the ousting of President Omar al-Bashir, who has been in power since 1989.

While the situation in Tunisia is relatively peaceful and Egypt is now ruled by a former army general, President Abdel Fattah el-Sisi, Libya has slid into chaos with rival militias and tribes taking over different parts of the country and thousands of Europe-bound migrants falling into the hands of people traffickers along the coast.

Mr Drareni said Islamists remained part of the political landscape in Algeria but a moderate Islamist political party struggled at the most recent elections.

"Algeria would not want to take the risk of returning to violence and insecurity and that's why the Arab Spring was not popular in Algeria. What is happening now is an unprecedented, historic, popular movement that has to go all the way to the end…Algerians want to take charge of their destiny without falling into the mistakes of our neighbours," Mr Drareni told Sputnik.