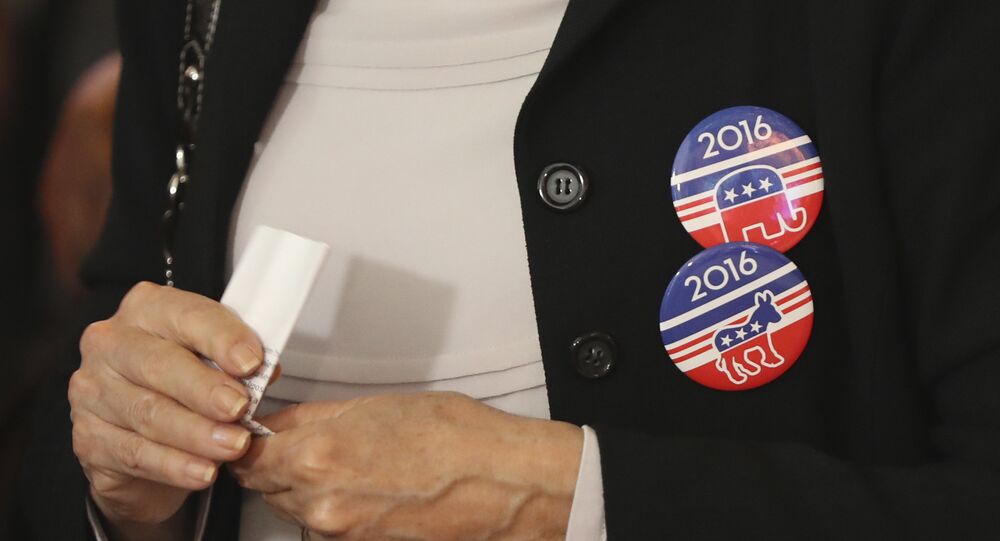 The US Justice Department confirmed on March 22 that Mueller had closed his investigation after nearly two years and delivered his report to Barr for review. Sputnik discussed Mueller's report with Mike Tokes, a political strategist and CEO YukoSocial.com.

Sputnik: The US mainstream media actively pushed the idea of collusion between Russia and Donald Trump's 2016 presidential campaign. It turned out, however, that the Mueller report found no collusion. What do you think about the motivation behind the media coverage of Trump and the 'collusion' narrative, the US president has repeatedly slammed as fake news?

© REUTERS / Jonathan Ernst
US Waiting For Full Mueller Report: Obstructing Justice Still a Question - Prof
Mike Tokes: The liberal media promoted this conspiracy theory of collusion for 2 years to advance a liberal agenda and attempt to orchestrate one of the biggest smear campaigns US politics has ever seen. Even as an unproven hoax with very little circumstantial evidence, they still promoted this to undermine their political opposition. This indicates the majority of liberal media in the domestic United States would rather promote a story that may be false to advance an agenda, regardless of common journalistic and moral standards.

Sputnik: After Robert Mueller has not established any crime of conspiracy, the mainstream media is reluctant to admit that they were not right. What is the actual reason for that? How long do you think it will be going on?

Mike Tokes: The media is unfortunately never held accountable for the misfortunate they cause from manufactured or incorrect stories. Often times, the sole purpose of many outlets is for the owners and investors to advocate for their own self-interests by shaping the publics opinion to garner support for their agenda.

Sputnik: During Russiagate many books speculating on that topic has been published (like Luke Harding's "Collusion" or "In the Enemy's House" by Howard Blum). In your opinion, how will the public perceive such books, especially after it has been proved that they are implausible?

Mike Tokes: I believe these books will stop selling as everyone knows this is a fraudulent lie. Interestingly enough, even for the opportunistic authors, many published these books to profit from a manufactured and fraudulent conspiracy theory.

Sputnik: Who benefits from boosting this Russiagate agenda? Could it be that public opinion is being distracted from real problems?

© REUTERS / Larry Downing
Mueller Report Should Be Released to Congress Without Redactions - Nadler
Mike Tokes: The Russiagate collusion hoax was manufactured from the Hillary Clinton campaign paying a law firm, which in term paid Fusion GPS, a Democrat opposition research firm. Fusion GPS created a fraudulent and deceptive "Russian Dossier. This was Hillary Clinton and Democrats attempt to destabilize our country and remove a duly-elected President from power. This was treasonous, in my opinion.


Sputnik: How will this situation affect the Democrats' ratings now? What reaction should be expected from the Democratic Party?

Mike Tokes: It appears that Democrats have very little public support, and the support they do receive is from citizens who are not very politically inclined. Most are influenced through traditional forms of media, which is unfortunately very biased towards the owner of the publications own political leanings or agenda. I think public trust of the Democratic party will fade to new lows, and hopefully, it will affect them at the ballot box.

Sputnik: How do you assess Trump's chances in the upcoming 2020 elections?

Mike Tokes: agenda. Now that the collusion narrative has been proven a hoax, I believe he has very good chances of winning again in 2020 as long as he can fix the voter fraud issues and secure elections infrastructure from manipulation.