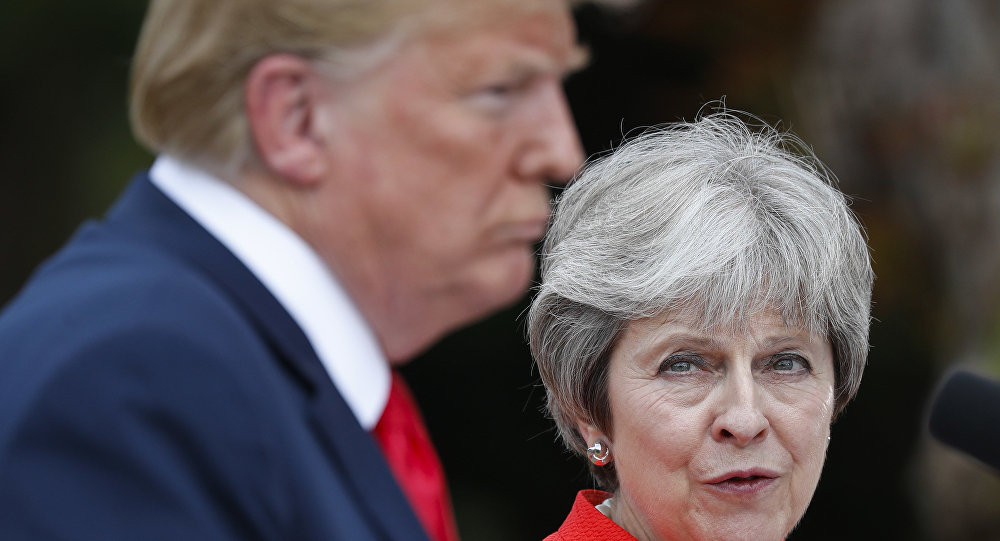 Earlier in the day, the House of Commons, the main chamber of the UK Parliament, rejected for the third time the exit agreement May had negotiated with the EU. The vote makes a so-called "hard" Brexit without transition or special arrangements being made almost unavoidable.

"If Europe is embroiled in these never-ending negotiations with London and if the UK comes out of this crisis weakened and bruised, there is nothing for Washington to gain", Schirach, who is also the President of the Global Policy Institute, said on Friday.

However, although US leaders historically advocated for a strong Europe, some in Washington may view the Brexit failure "with relish and even delight", Schirach observed.

The real problem with Brexit, he added, is that British voters who supported leaving the EU back in June 2016 had absolutely no idea of what this "divorce" would entail. 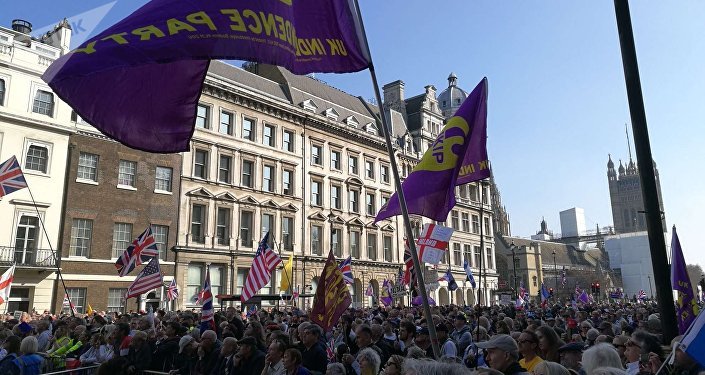 © Sputnik / Demond Cureton
'Feels Like Betrayal': Pro-Brexit Protesters Chant 'Leave Means Leave' in Front of UK Parl't (PHOTOS)
"Parliament, [is] blissfully ignorant of all the complexities involved… without, however, any ability to come up with anything else that would have a prayer to be approved by the EU. The result is chaos and political paralysis in London", Schirach said. "The two main parties, Conservatives and Labour, the foundations of the British political system, are incapable to rise to the occasion, literally melting before our eyes, producing a spectacle that is more farce [than] tragedy".

The political crisis was doing incalculable damage to the UK’s historic reputation as a model democracy for other nations to admire and emulate around the world, Schirach stated.

"And this is happening in Great Britain, an old and revered democracy, teacher to the world, now embroiled in a mess entirely of its own making", he concluded.

Last week, the European Council gave London until 12 April to come up with a new solution if the withdrawal deal was not passed by 29 March. May, who had pledged to step down if her deal got the necessary support in the parliament, said the search for a solution would continue on Monday.

Views and opinions expressed in this article are those of Paolo von Schirach and do not necessarily reflect those of Sputnik.