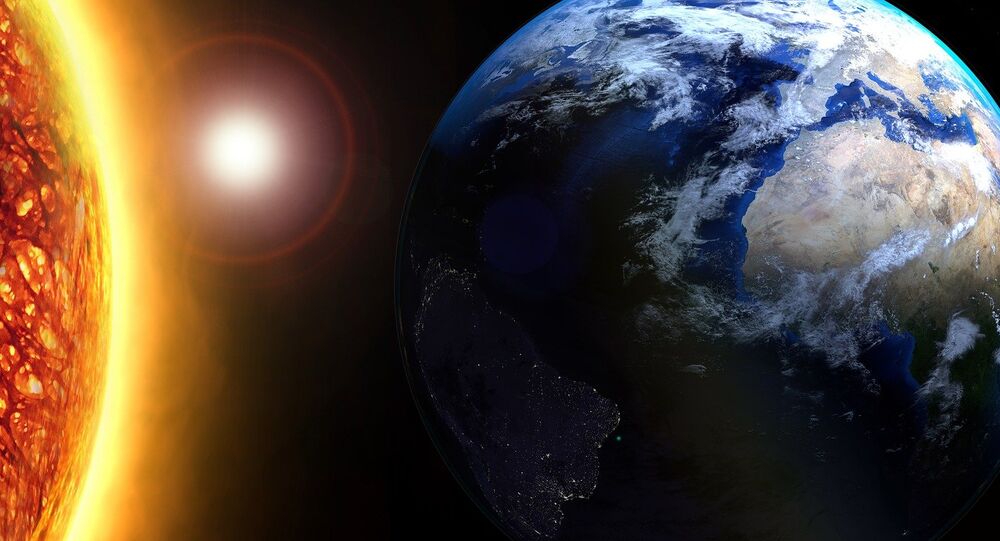 MOSCOW (Sputnik) - India has become the fourth country in the world after China, Russia and the United States to test an anti-satellite (ASAT) missile, sparking fears of experts that the move may lead to an arms race in the region as well as overall increased tensions in space.

On Wednesday, Indian Prime Minister Narendra Modi announced that New Delhi had successfully tested its first indigenous ASAT missile, which had hit a defunct Indian satellite at an altitude of 300 kilometres (around 186 miles). According to Modi, the mission dubbed Shakti showed "the remarkable dexterity of India's outstanding scientists and the success of our space programme" and would make India stronger and more secure as well as "further peace and harmony."

India has been developing its space program since it gained independence from the British Empire in 1947.

By testing the missile, India demonstrated its technological capability of depleting the operational capabilities of Chinese People's Liberation Army (PLA), which succeeded in testing ASAT weapons in 2007, Bharat Karnad, a research professor in national security studies at the Center for Policy Research, New Delhi, explained to Sputnik.

The Indian expert also did not rule out the use of the technology for a preemptive attack on Chinese space objects.

"It will afford the Indian military wider options, including preemptive attacks on satellites to nullify China's space-based sensors and to thereby also disrupt its telecommunications and capacity for cyberwar," he said.

Daniel Porras, the Space Security Fellow at the United Nations Institute for Disarmament Research (UNIDIR), agreed that the testing sends an important signal to India’s rivals, in particular, China, that the country saw counter space capabilities as an important tool to ensure national security. At the same time, the expert noted, the move may lead to heightened tension in space.

"It also reinforces the idea that the future of warfare will have a considerable space component. Other states will see this test as part of a larger trend to develop and deploy weapons that target and disrupt/destroy space systems. As such, it raises tension in space and weakens space security for all," Porras said.

Daryl Kimball, the executive director of the Arms Control Association, also expressed the concern that India's ASAT missile test could step up the arms race.

"It shows a capability to shoot down military and civilian communications and early-warning satellites during a crisis or war, and could also help advance India's missile interceptor program — all of which will likely accelerate the arms race in Asia," Kimball told Sputnik.

Porras pointed to Israel as an example of a country that has the same capabilities for undertaking such a test, but noted that there was no indication that it or any other country capable of testing ASAT missile would do so. At the same time, the UNIDIR research fellow highlighted that there were other and cheaper options for counter space operations, such as electronic interference and cyber attacks.

"The utility of being able to destroy a satellite with a missile is questionable; such tests are probably more about prestige than effectiveness," Porras said.

Kimball echoed this thought, saying that the timing of the test indicated Modi's desire to use it to boost his standing ahead of general election.

"The only positive effect is that it may trigger a renewed push for a global ban on ASAT tests and long-overdue multilateral negotiations on responsible rules of the road for behaviour in space," Kimball added.

Dwelling on possible regulations for military operations in space, Karnad noted that India would now have to consider choosing to join either of two existing draft space treaties, the Prevention of an Arms Race in Space (PAROS) and the Treaty on Prevention of the Placement of Weapons in Outer Space and of the Threat or Use of Force against Outer Space Objects (PPWT), in accordance with its national interests.

"The PPWT proposed by Russia and China, on paper, seems more attractive because it does not ban ASAT weapon systems, as PAROS does," the Indian expert said.

READ MORE: India Sets Twitter Afire After Hitting Its Own Satellite With Missile

India's anti-satellite missile test has sparked concerns not only over potential arms race in space, but also over the possible impact of the satellite's debris on space operations. According to the US Air Force Space Command, the US forces are currently tracking around 270 objects in the area where the debris of the destroyed target vehicle are located.

The leading expert of the Russian Space Research Institute, Nathan Eismont, told Sputnik earlier on Thursday that the fragments of the Indian satellite posed risks to the launch of the Progress MS-11 space freighter. Kimball also stated that the debris produced by India’s successful ASAT test could become a threat to other space objects.

"India's anti-satellite test was a dangerous and potentially destabilizing move because it can create space garbage that threatens other space objects," Kimball said.

Porras, on the other hand, argued that the satellite was shot down at a relatively low altitude of 300 kilometres and therefore did not pose any significant threat.

"The debris created by India's ASAT test will mostly leave orbit within weeks or months and will probably not impact any other space operations," he said.

The expert noted, however, that some pieces of the debris might have been projected into higher altitudes and could pose problems to the International Space Station (ISS), which operates at a slightly higher altitude of 400 kilometres, and scientific research satellites in the future.

"Whilst it is unlikely that these would be impacted by debris from the test, the possibility does exist," Porras said.

Commenting on the ASAT missile test, the Russian Foreign Ministry said on Thursday that the move largely resulted from the deterioration of the situation in the arms control sphere, caused by US actions. The ministry also urged India to join international efforts aimed at preserving the peaceful nature of outer space, including political commitments not to deploy weapons in orbit.