Canadian Authorities have granted asylum to the first of ‘Snowden’s Guardian Angels’- a group of refugees who helped to shelter whistle-blower Edward Snowden in 2013. Vanessa Rodel and her seven-year-old daughter Keanu are now in Toronto, after a long legal battle for asylum.

Sputnik: Just how difficult has it been, on the quest to achieve asylum in Canada?

Robert Tibbo: It was very difficult. It's been a long time coming but now the clients, Vanessa and Keana are so happy. For them, this has been a seven year battle.

As a lawyer, I've been fighting their cases for seven years, since the birth of Keana. So this is this is a big day today, and the start of a new chapter in their life. Canada dragged its feet for two years. 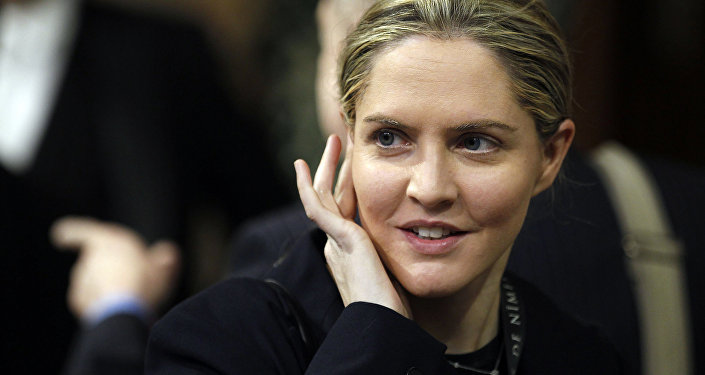 © AFP 2019 / Stefan Wermuth
Mensch Libels Snowden and WikiLeaks as Russian 'Assets', Legal Action to Follow?
And then, late last year, the Canadian government started to move the cases forward again and in early January, they accepted Vanessa and Keana as recognized refugees. And once that was done it was a simple matter of arrangement for Keana and Vanessa to travel to Canada, and that happened yesterday.

Sputnik: How did Vanessa Rodel react when you told her she had been granted asylum?

Robert Tibbo: She couldn't believe it. I called her up and I said 'I have some good news for you, you've been recognized as a refugee by Canada'.

And she says, 'Is that true?' You know, she didn't believe me, and about five times she said 'Is that true?' In the end, it finally hit her that, you know, her life was going to change in a very significant way. And I told her to start packing her bags.

Sputnik: So Ms. Rodel and her daughter have been accepted into Canada- but what does this mean for the rest of Snowden’s Guardian Angels? Will they too be granted asylum?

On the one hand this is a fantastic result, and everybody's really excited that Vanessa and Keana are here in Canada, on Canadian soil. But even though the other two ‘Snowden Refugee’ families are very happy about this, because they see that there's hope that they may follow, at the same time they feel abandoned by Canada. They feel left behind.

They are still living in what’s been a decade, or more, of uncertainty.

Justin Trudeau was asked the same thing yesterday in the media, regarding the remaining family’s still seeking asylum, and Trudeau said that 'the Canadian Immigration Assessment process for refugees is an independent one'.

© AP Photo / Mary Altaffer
Edward Snowden Condemns US Justice Department for Targeting Assange
He said that he can't interfere with that. But actually, that's not accurate. In Canadian immigration law, there is a discretion under certain legislated or provisions in Canada, to actually exercise with discretion to expedite the cases of the other two Snowden refugees and bring them here forthwith.

Looking at the facts of my clients cases, their cases fall squarely into that exercise of discretion that can be done at this time. So, we're asking Mr. Trudeau to please step forward and continue doing the good that he's done for the first family and apply that to the other two families.

Views and opinions expressed in this article are those of Robert Tibbo and do not necessarily reflect those of Sputnik.